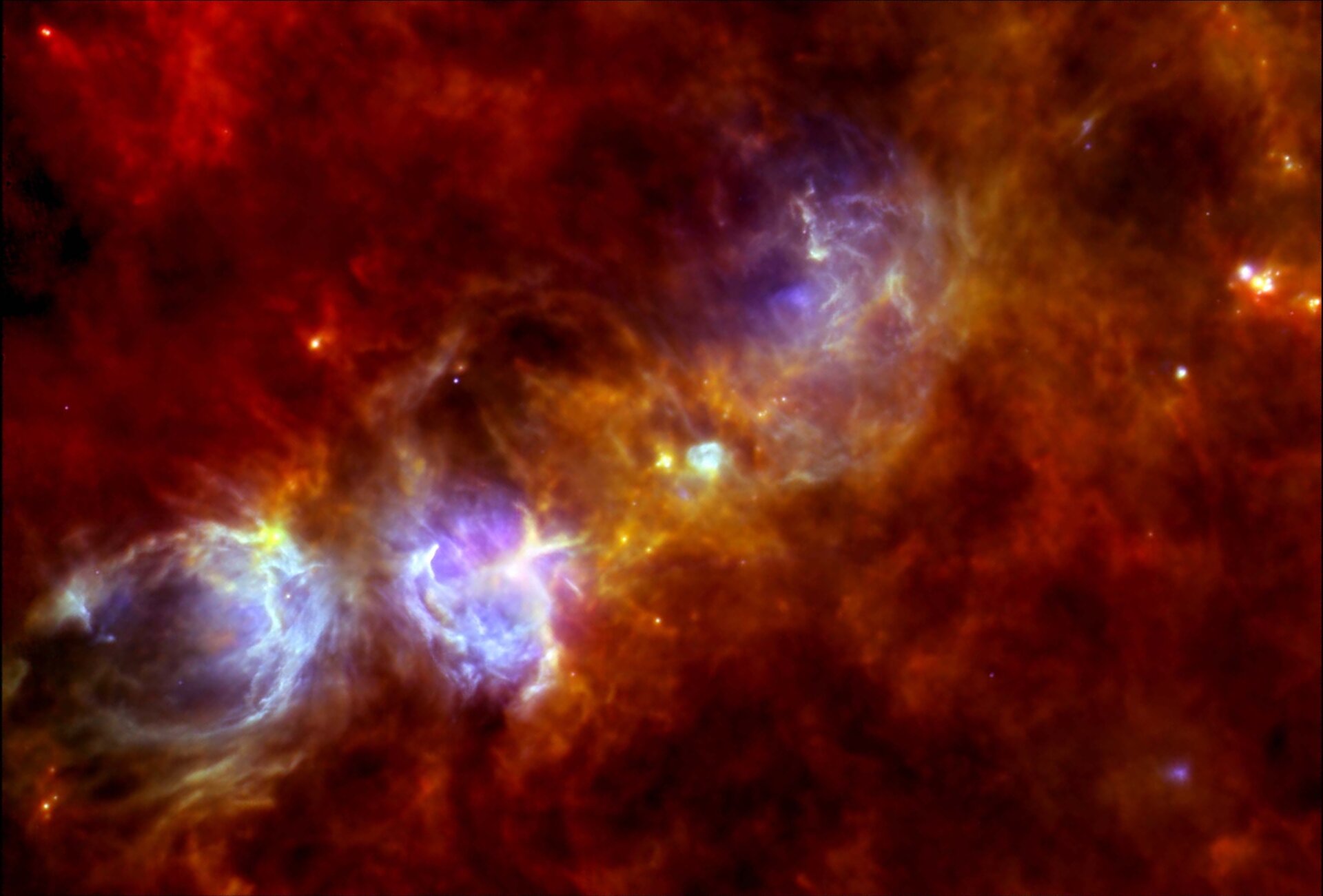 From oldest to youngest: a line of star nurseries

Just as children are sorted into age groups at school, so the seeds of new stars can also be found in ‘classes’ of others of similar ages. This is especially true when the birth of stars in a cloud of gas and dust is triggered by an external event, like the explosion of a nearby supernova.

This image from ESA’s Herschel space observatory shows a sequence of star-forming regions in the molecular cloud W48, some 10 000 light-years away in the constellation Aquila (the Eagle).

The blue, jellyfish-shaped cloud at the lower left is the oldest stellar nursery in the image. Young and massive stars embedded within it have shaped it into a bubble and heated the diffuse gas, making it shine at the longest wavelengths probed by Herschel.

To its right, another glowing cloud conceals clumps that will evolve into massive stars. These clumps, some of which are visible as bright blotches of light, are also lined up by their age: the older ones at the lower-left and the younger ones to the upper-right. The youngest in this sequence is the small cyan lump at the centre of the image, harbouring the seeds of future massive stars.

Astronomers believe that this sequence of stellar birth is the result of dozens of supernovas that exploded over 10 million years ago in a region called Aquila Supershell, beyond the left edge of this image. Compressing the surrounding material, these supernovas may have initiated a wave of star formation that sparked, one by one, these stellar cribs.

The image is a composite of the wavelengths of 70 microns (blue), 160 microns (green) and 250 microns (red) and spans about one degree on the long side. North is to the upper-left and east is to the lower left. The data were acquired with Herschel’s PACS and SPIRE instruments in September 2010, as part of a larger map of the W48 molecular complex in the HOBYS Key Programme. This was first published in a paper by Q. Nguyen Luong, et al. 2011. A more detailed study of the star-forming regions shown in this image is presented in a paper by K.L.J. Rygl, et al. 2014.