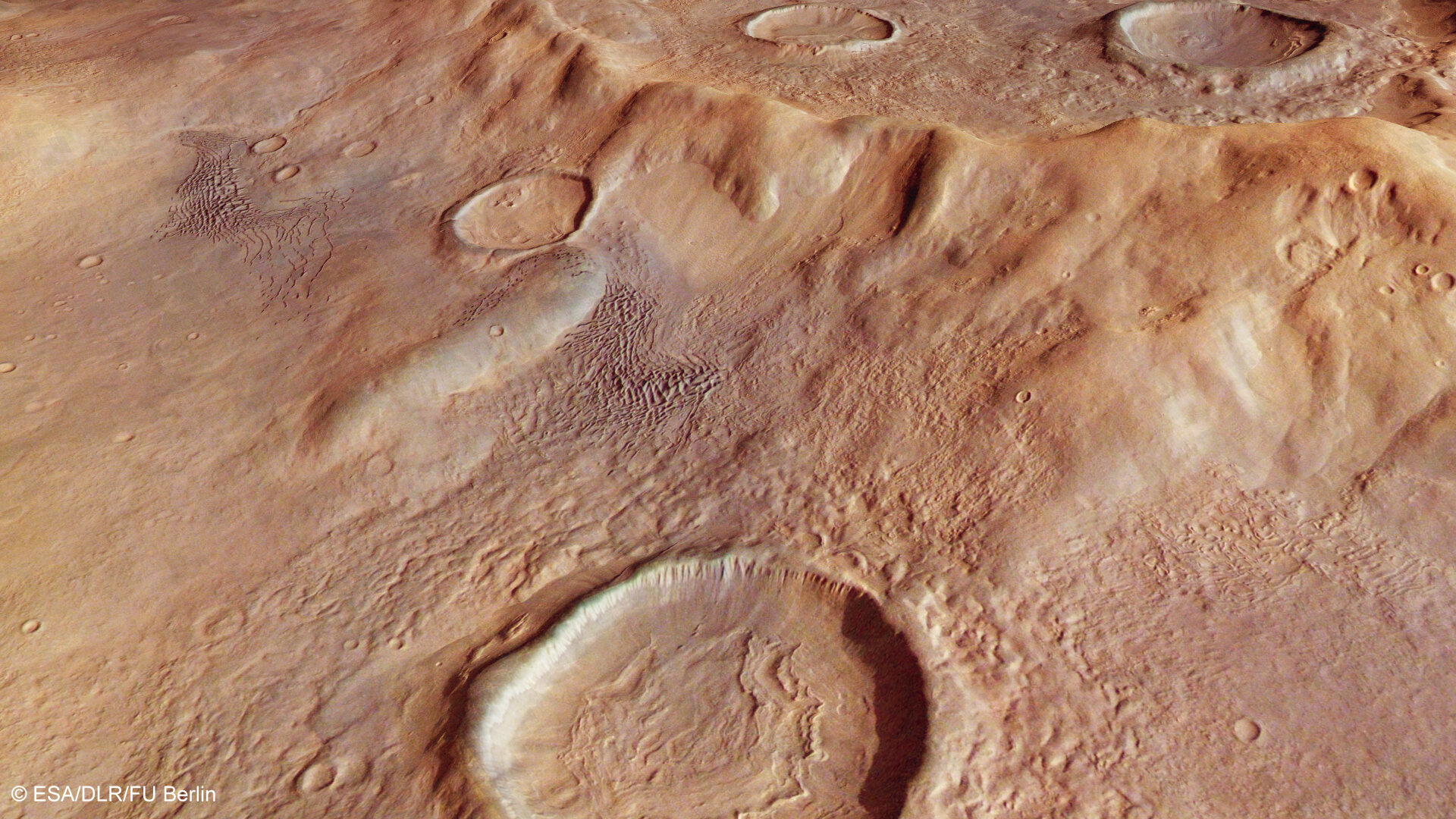 Perspective view of Hellespontus Montes, a rocky ridge on the western rim of the vast Hellas basin in the southern hemisphere of Mars.

The foreground shows a close-up of a crater with a particularly interesting feature: wrinkles that form a roughly concentric pattern, with ever-smaller arcs towards the structure’s centre. This type of feature is known as ‘concentric crater fill’, and is thought to be associated with snowfall and freezing cycles in an earlier and wetter period of martian history.

Once inside the crater, the snow was trapped and soon covered by surface dust, before compacting to form ice. The number of concentric lines indicate many cycles of this process and it is possible that ice may be hidden beneath just tens of metres of surface debris in these craters.

The image was taken by the High Resolution Stereo Camera on ESA’s Mars Express on 13 January 2014 (orbit 12 750). The centre of the associated main colour image is located at approximately 41°S/45°E.