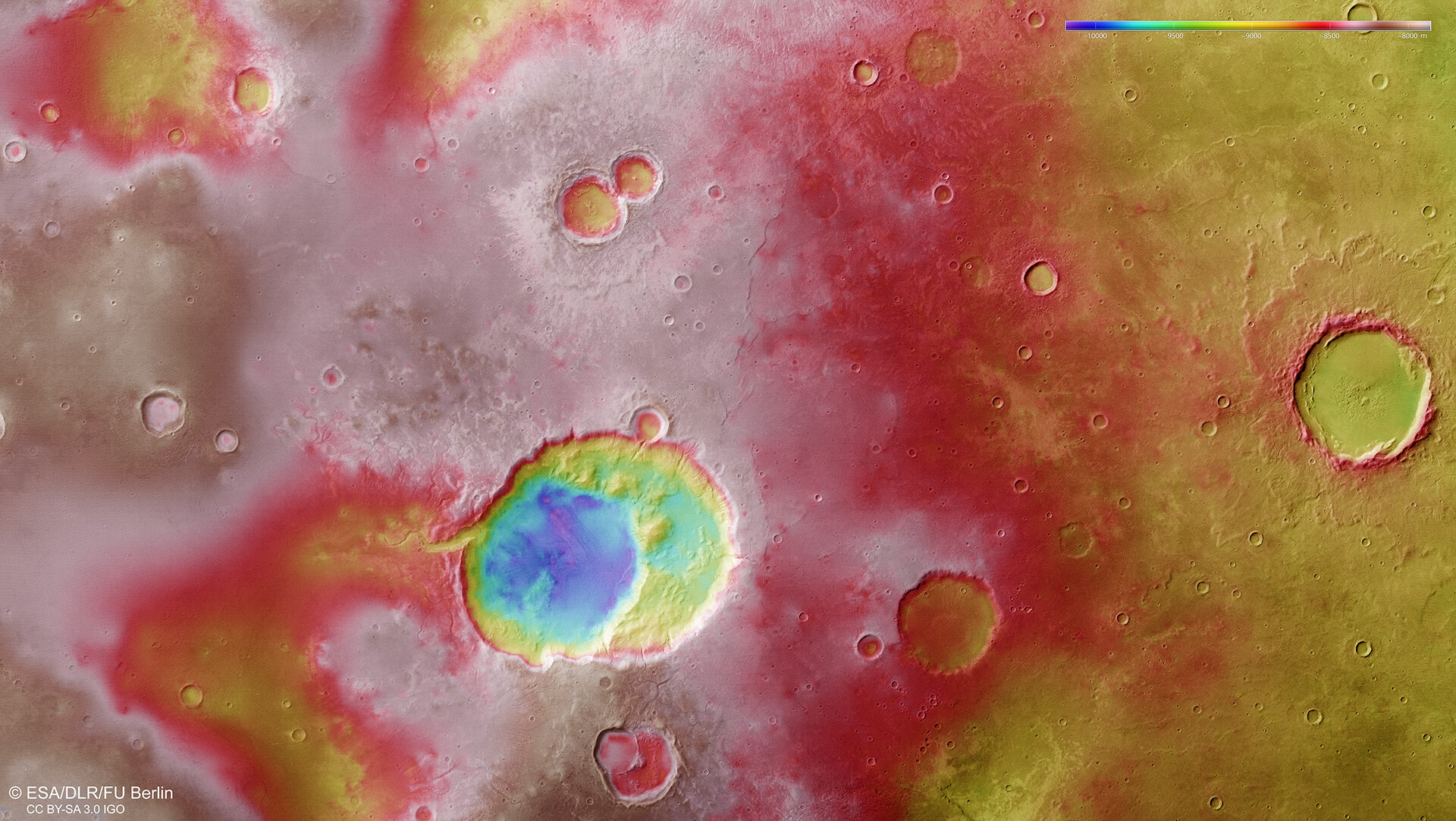 The colour-coded topographic view shows relative heights and depths of terrain in the Arabia Terra region on Mars, focusing on the Siloe Patera feature close to the centre of the image.

The digital terrain model is based on the data acquired by the High Resolution Stereo Camera on ESA’s Mars Express 26 November 2014 during Mars Express Orbit 13837. The image is centred on 36ºN / 6ºE. The ground resolution is about 24 m per pixel.