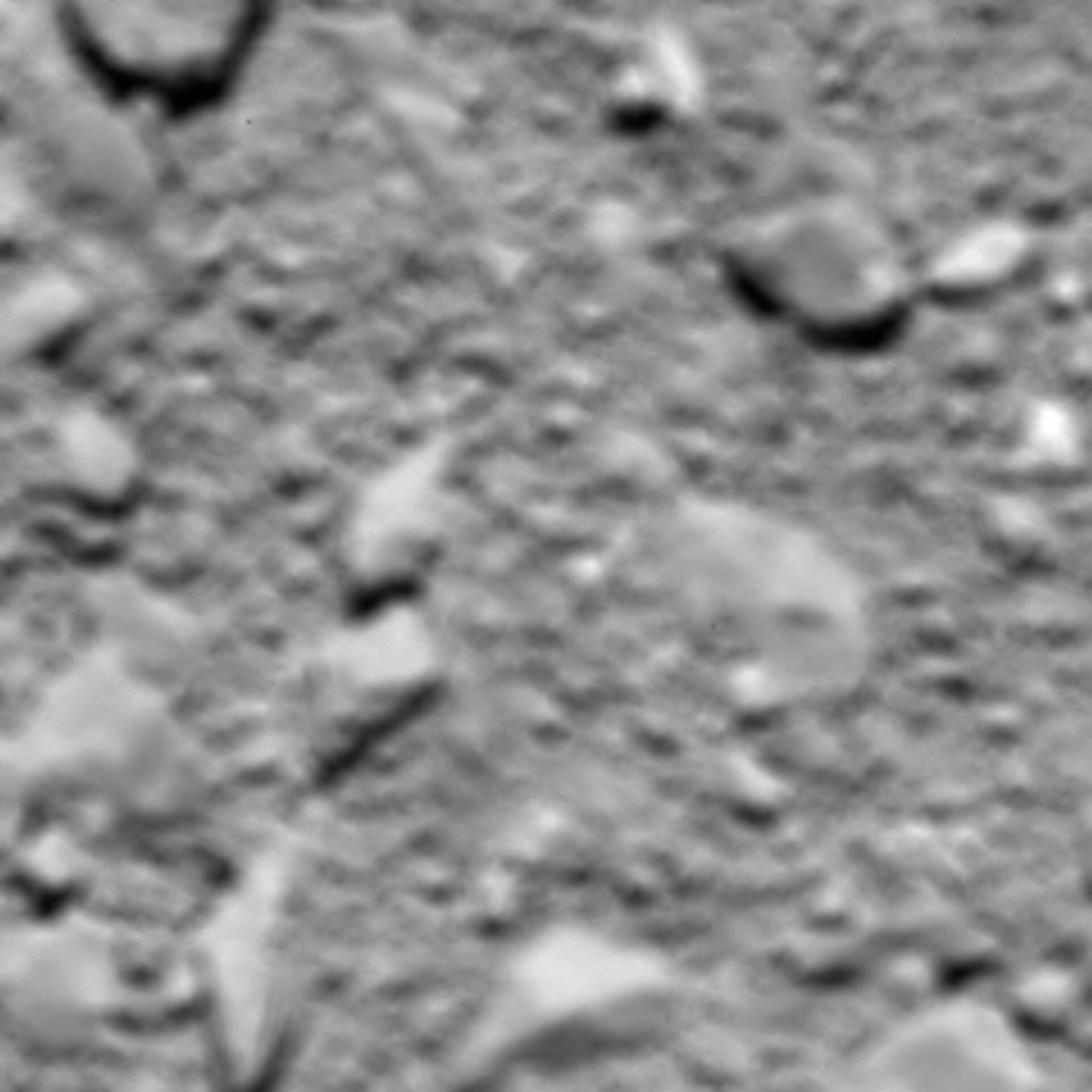 Update 28 September 2017: The altitude at which this image was taken has been revised to 23.3–26.2 m above the surface, corresponding to an image scale of about 2.5 mm/px, and an image size of about 1.2 across. The uncertainty arises from the exact method of altitude calculation and the comet shape model used.

On Friday, Rosetta’s historic mission concluded with the spacecraft descending to the surface of Comet 67P/Churyumov-Gerasimenko.

Rosetta was commanded to make a final series of unique scientific measurements very close to the comet, including taking images like this one, of its final resting place.

The image shown here, in fact, was the last ever taken by Rosetta, about 20 m above the surface. The scale is 2 mm/pixel and the image measures about 96 cm across.

The OSIRIS wide-angle camera was not designed to be used below a few hundred metres, and had to be used in a special mode. As expected, the image is out of focus.

After contact was confirmed and the mission declared complete, Mission Manager Patrick Martin announced the name of the impact site.

He said, “The Rosetta Stone was originally located in Sais, and we shall name the impact point as such so we can finally say that Rosetta has come home to Sais.”

The mission was named after the Rosetta Stone, itself so named because it was found in a town called Rashid (Rosetta), having thought to have been moved from a temple in Sais.

Just as the Rosetta Stone was pivotal in understanding ancient language and history, so the vast treasure trove of Rosetta spacecraft data is changing our view on how comets and the Solar System formed.