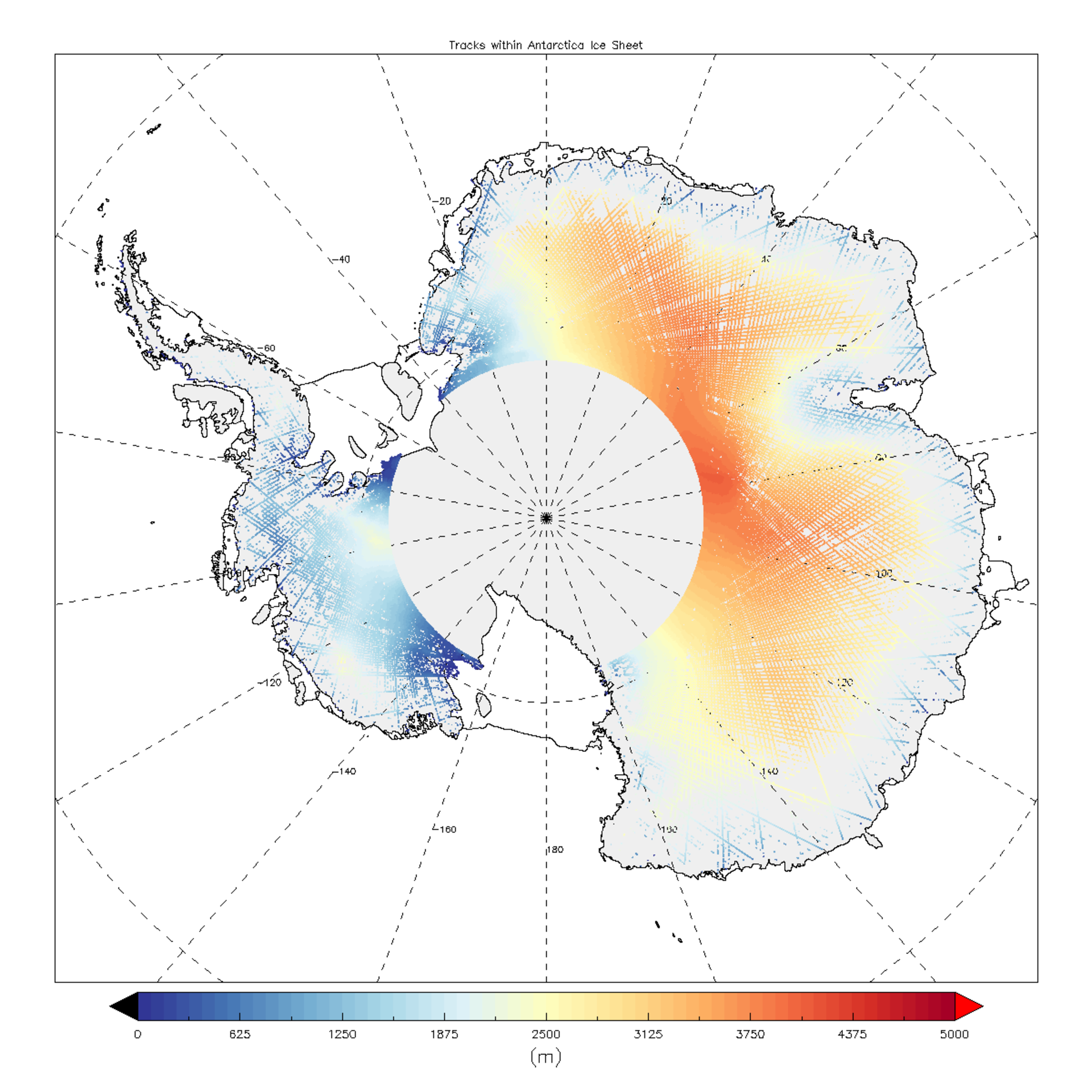 Launched in February 2016 with a suite of cutting-edge instruments, Sentinel-3A is arguably the most comprehensive of all the Copernicus Sentinel missions. Since then, the satellite has been thoroughly tested and fine-tuned. This led to the release of its first Earth colour data in October and first radiometer data last month. Now, the public also have access to data from its radar altimeter.

Sentinel-3A’s topography package will bring a step change in satellite altimetry, measuring the height of the sea surface, waves and surface wind speed over the oceans. It also provides accurate topography measurements over sea ice, ice sheets, rivers, lakes and land. Over the oceans, the radar altimeter contributes information for forecasting, which is essential for safe maritime operations, for example. Monitoring sea-level change and diminishing Arctic ice is also important for monitoring the effects brought about by climate change.

As the image of Antarctica shows, the radar altimeter is also important for measuring changes in the height of land ice. The data may seem relatively sparse at the moment, but this is because they only show a few days’ readings.

Accurately measuring changes in the height of the huge ice sheets that blanket Antarctica and Greenland is important for climate research and understanding sea-level change.

While changes in ice height may be relatively slow, the radar altimeter will also be used to measure changes that can be more abrupt, such as the height of water in lakes and rivers.

The mission is managed jointly by ESA and Eumetsat. The day-to-day operations of the Sentinel-3A satellite are carried out by Eumetsat. ESA, as the developer of the mission, continues to monitor its health and performance.  ESA is responsible for the land data products and Eumetsat for the marine products – all of which are made available for application through Copernicus services.