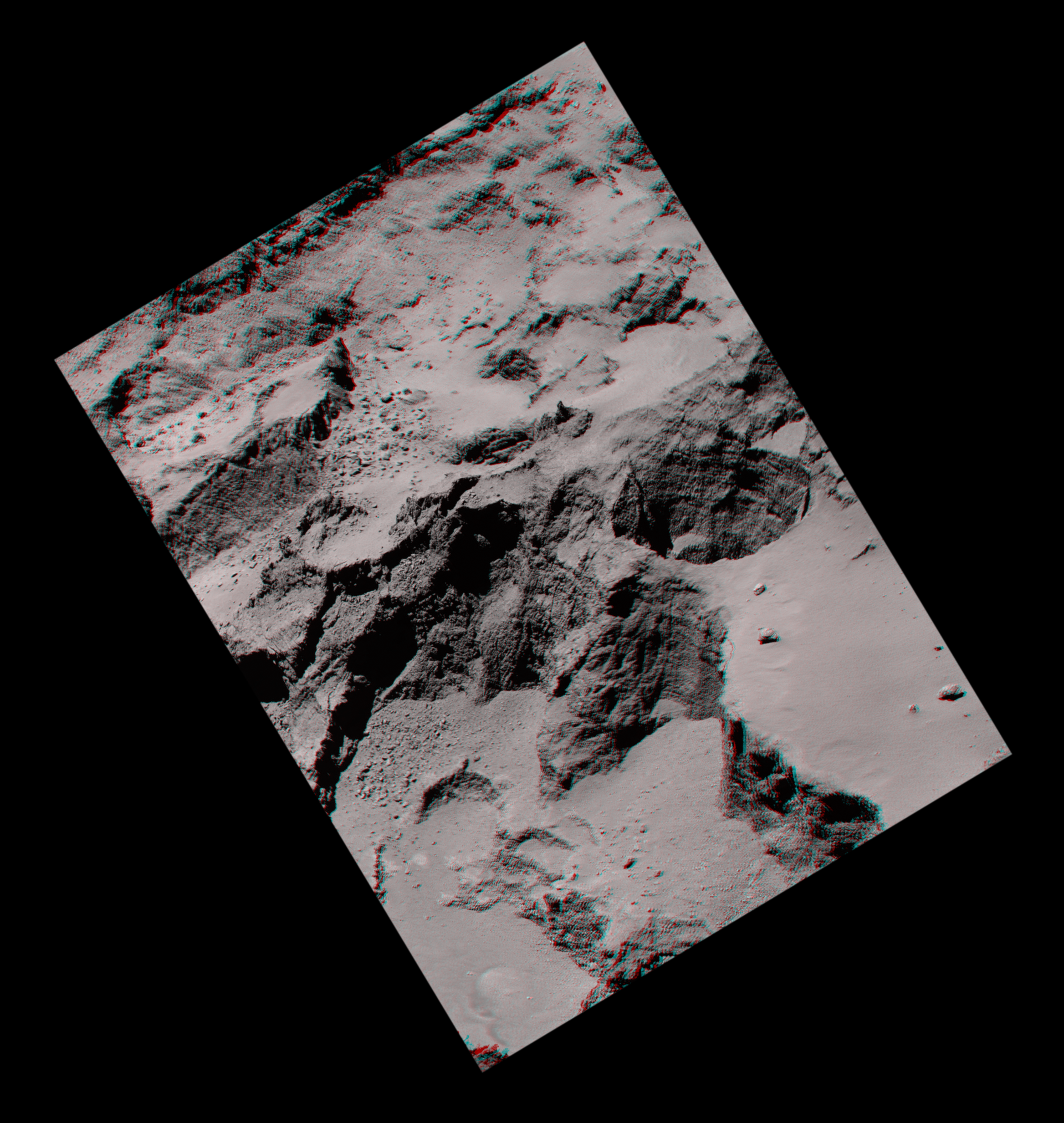 Anaglyph image looking onto the Seth region of Comet 67P/Churyumov–Gerasimenko. In the foreground to the right the 134 m-high Aswan cliff is seen, with a fracture in the cliff top, that subsequently fell away on 10 July 2015 (the image shown here was taken on 21 September 2014). The fracture seen here is 70 m long and 1 m wide, and separates an overhanging block 12 m across from the main plateau.

Close to the centre right of the image a 220 m-wide, 185 m-deep pit is also seen. The image also captures the terraced topography of the Seth region (background), and a small portion of the comet’s smooth neck region in the foreground.

The image was taken by Rosetta’s OSIRIS camera, approximately 26 km from the surface of Comet 67P/Churyumov–Gerasimenko. The image scale is 0.5 m/pixel.