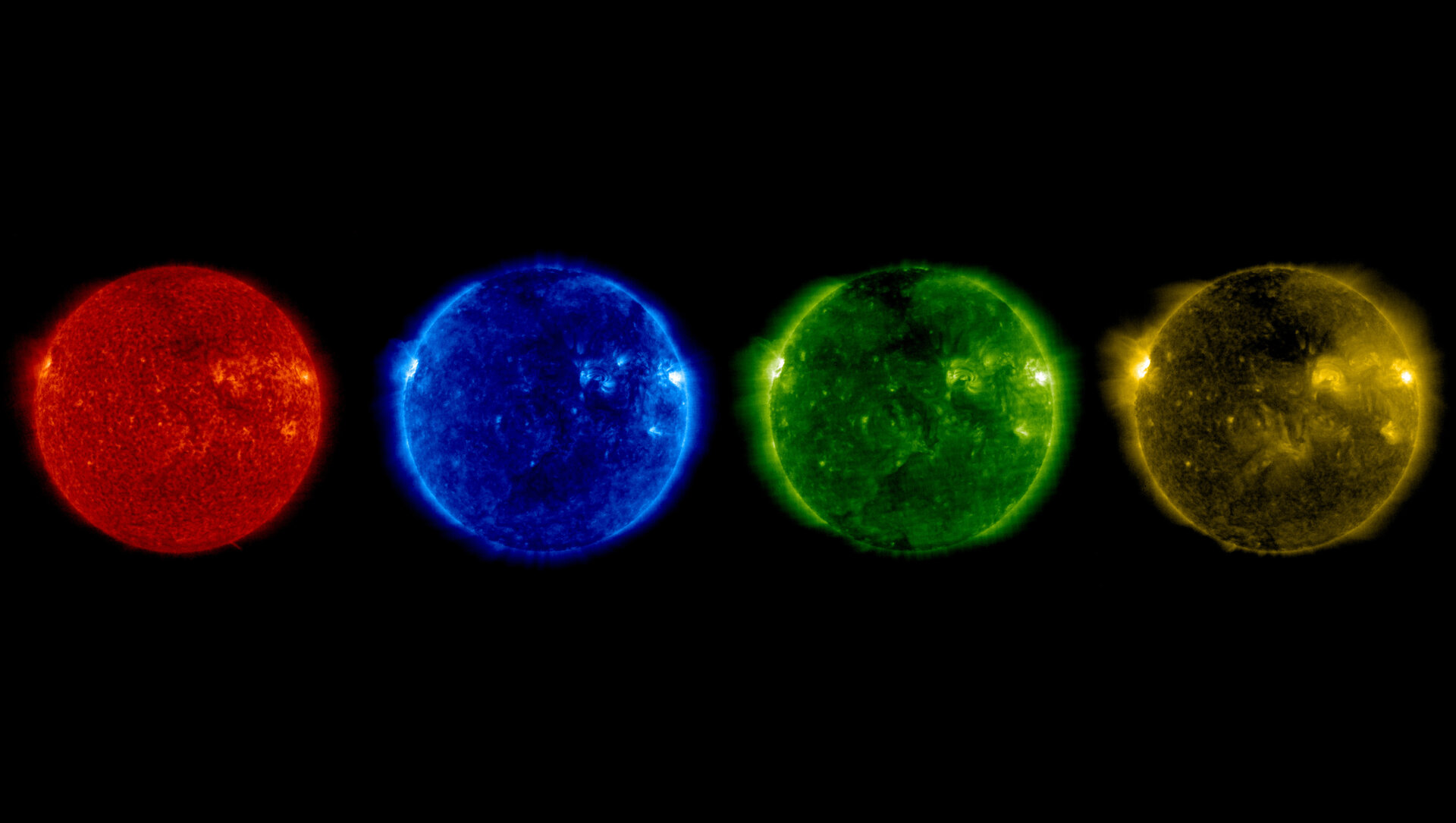 Residents of Earth’s northern hemisphere enjoyed the greatest number of daylight hours in a single day all year on 21 June 2017. This summer solstice occurs when the tilt of Earth’s axis is most inclined towards the Sun, which sits directly over the Tropic of Cancer.

The ESA/NASA SOHO solar observatory provided an alternative view. It has been staring at the Sun since 1995, studying its interior, monitoring its surface and stormy atmosphere, and how the ‘solar wind’ blows through the Solar System.

The montage of images shows SOHO’s view of the Sun at different ultraviolet wavelengths in the early morning of 21 June, corresponding to solar material at a range of temperatures.

From left to right, the brightest material in each image corresponds to temperatures of 60 000–80 000ºC, 1 million, 1.5 million and 2 million degrees respectively. The higher the temperature, the higher you are looking in the solar atmosphere. The hottest areas appear brighter, while the darker regions are relatively cooler.

Back on Earth, the Sun is now beginning to trace a lower path through the sky each day. Winter solstice occurs in six months’ time, 21 December, when Earth’s axis is tilted furthest away from the Sun. With the Sun directly over the Tropic of Capricorn, this results in the shortest number of daylight hours in the northern hemisphere. The situation is reversed for the southern hemisphere, where 21 June marks the winter solstice, and 21 December the summer solstice.

For more information about SOHO, including realtime images of the Sun, visit: https://soho.nascom.nasa.gov