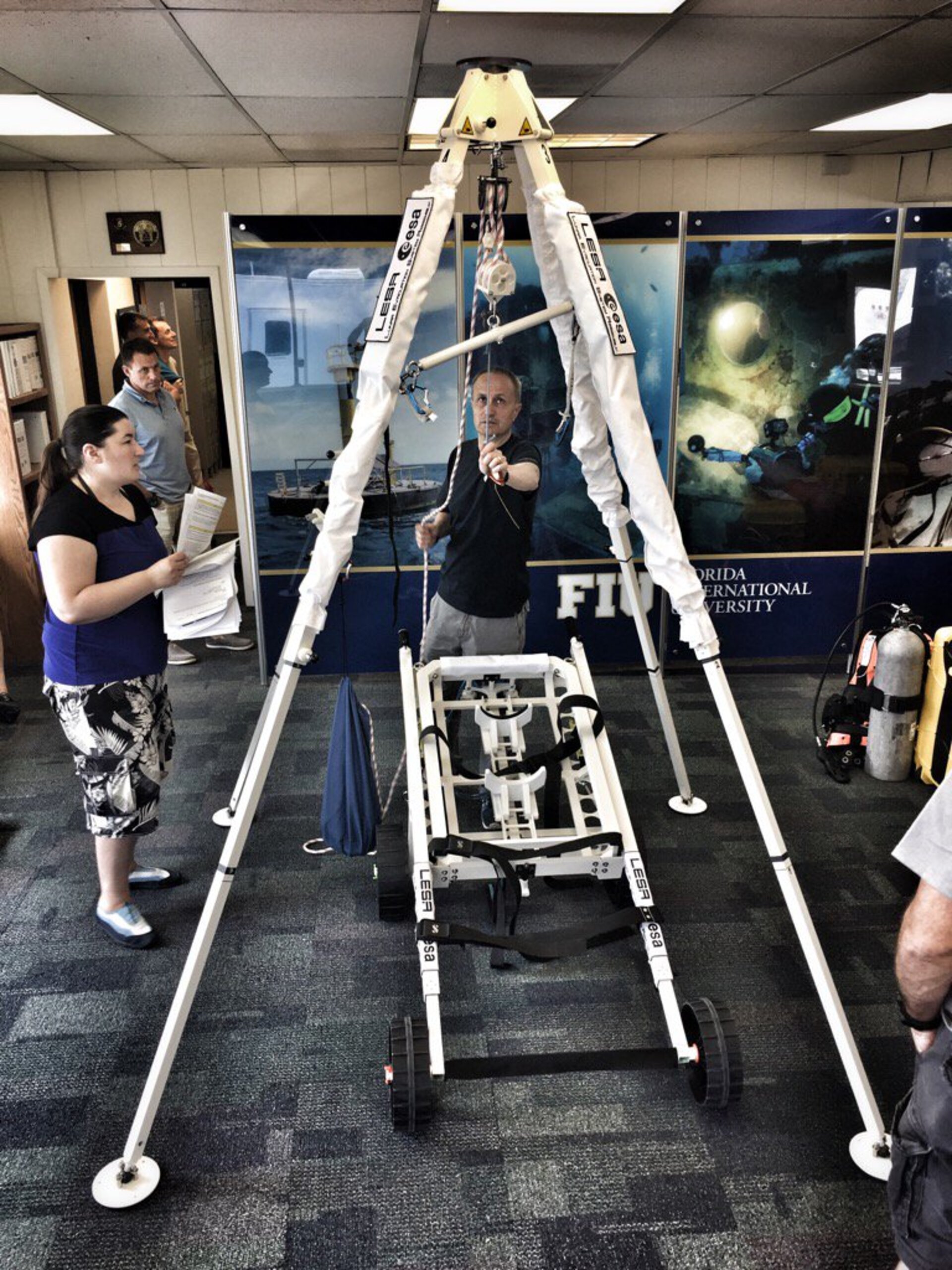 ESA team with new ESA hardware to help evacuate astronauts when on a lunar spacewalk. The Lunar Evacuation System Assembly (LESA) concept was developed and tested at ESA’s astronaut centre in Cologne, Germany.

When on a sortie in space, astronauts always head outside in pairs for safety. LESA will allow one astronaut to transport a colleague in need back to base and rescue. The system was tested in ESA’s neutral buoyancy facility and will now be put through an operational test during NEEMO.

The team taking part in NEEMO 22, the 22nd NASA Extreme Environment Mission Operations mission, consists of astronauts, technicians and scientists who are now on board he Aquarius underwater habitat off the coast of Florida.