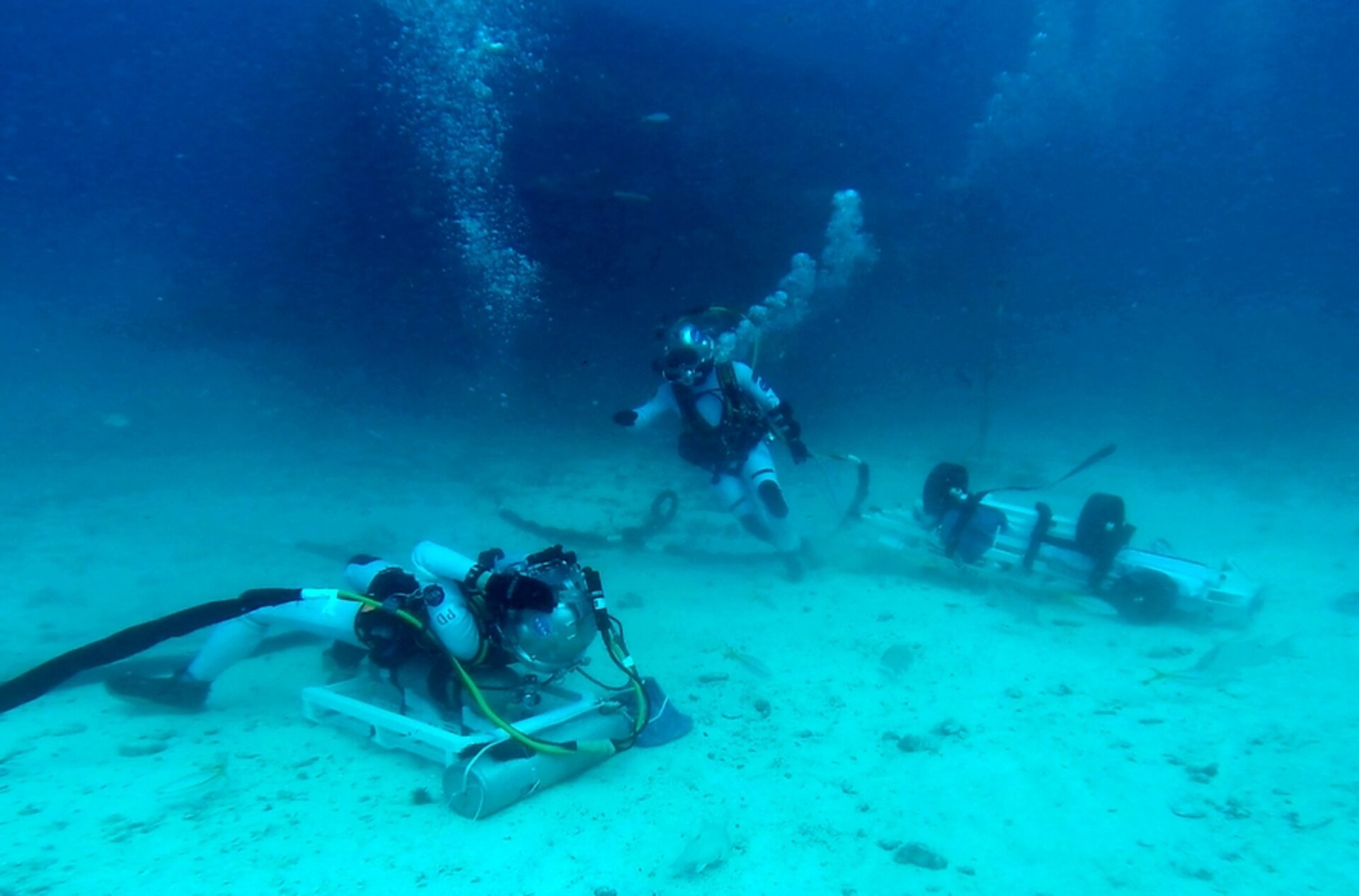 The crew took part in NEEMO 22, the 22nd NASA Extreme Environment Mission Operations mission, consisting of astronauts, technicians and scientists living in the Aquarius underwater habitat off the coast of Florida.

The Lunar Evacuation System Assembly allows for quick recovery of a Moonwalker while keeping the limited mobility of a spacesuit in mind. A foldable pyramid-like structure on wheels opens above the astronaut, it lifts the incapacitated figure using pulleys and places it on a wheeled stretcher.