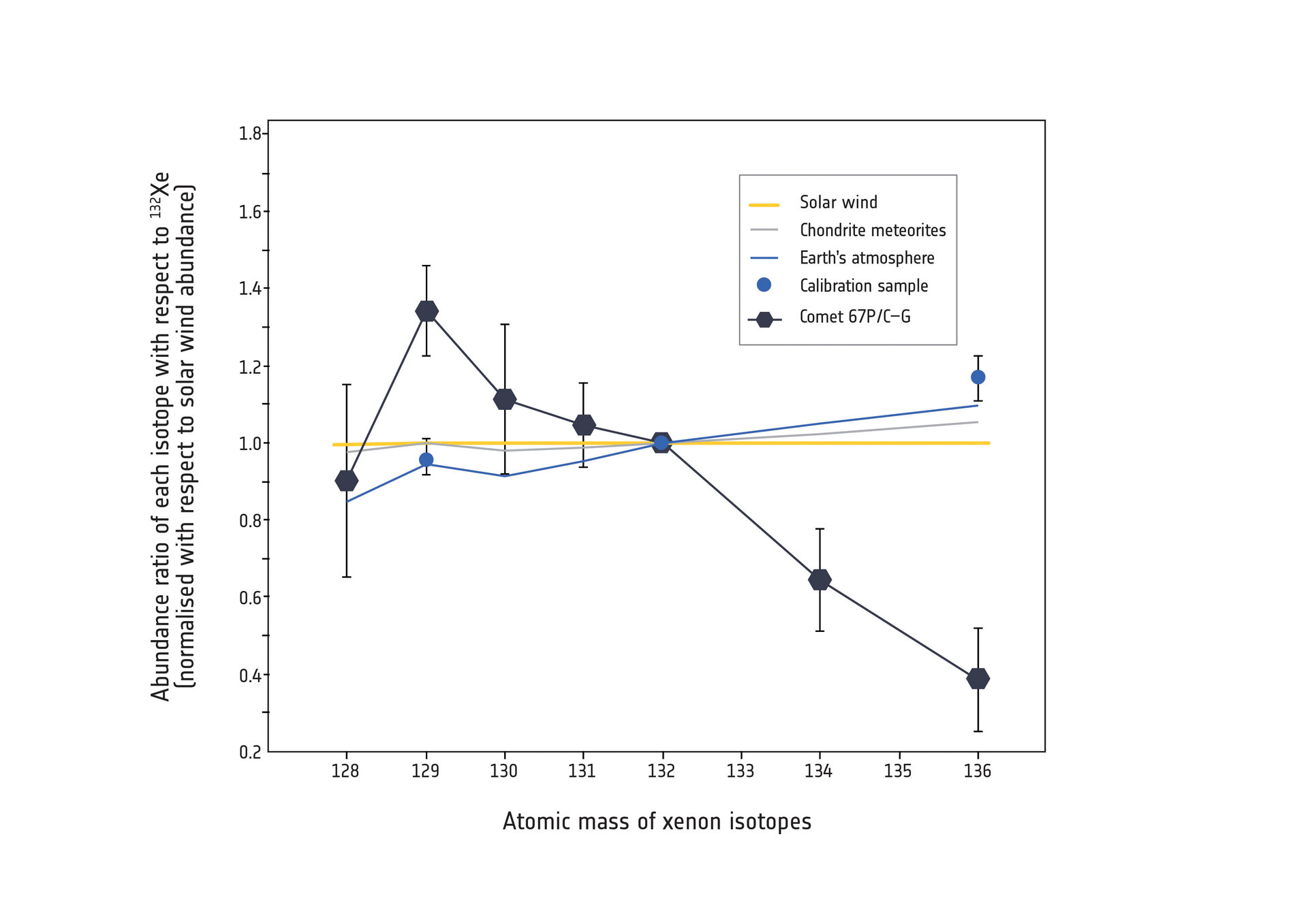 Xenon across the Solar System

The blend of isotopes of the noble gas xenon detected by ESA's Rosetta mission at Comet 67P/Churyumov-Gerasimenko, compared with the mixture of xenon measured in other regions of the Solar System. All abundances are normalised with respect to the abundance observed in the solar wind, the flow of charged particles streaming from the Sun (shown as a yellow line).

The blend of xenon measured in chondrite meteorites that came from asteroids (grey line) is quite similar to that found in the solar wind, while the one present in the atmosphere of our planet (blue line) contains a higher abundance of heavier isotopes with respect to the lighter ones.

However, the latter is a result of lighter elements escaping more easily from Earth's gravitational pull and being lost to space in greater amounts. By correcting the atmospheric composition of xenon for this runaway effect, scientists in the 1970s calculated the composition of the primordial mixture of this noble gas, known as U-xenon, that was once present on Earth. This U-xenon contained a similar mix of light isotopes to that of asteroids and the solar wind, but included significantly smaller amounts of the heavier isotopes.

Observations from Rosetta revealed that the blend of xenon at Comet 67P/C-G (black data points and line) contains larger amounts of light isotopes than heavy ones, and so it is quite different from the average mixture found in the Solar System. A comparison with the on-board calibration sample (blue data points) confirmed that the xenon detected at the comet is also different from the current mix in the Earth's atmosphere.

Rosetta's measurements of xenon at Comet 67P/C-G suggest that comets contributed about one fifth the amount of xenon in Earth's ancient atmosphere. They also indicate that the protosolar cloud from which the Sun, planets, and small bodies were born was a rather inhomogeneous place in terms of its chemical composition.