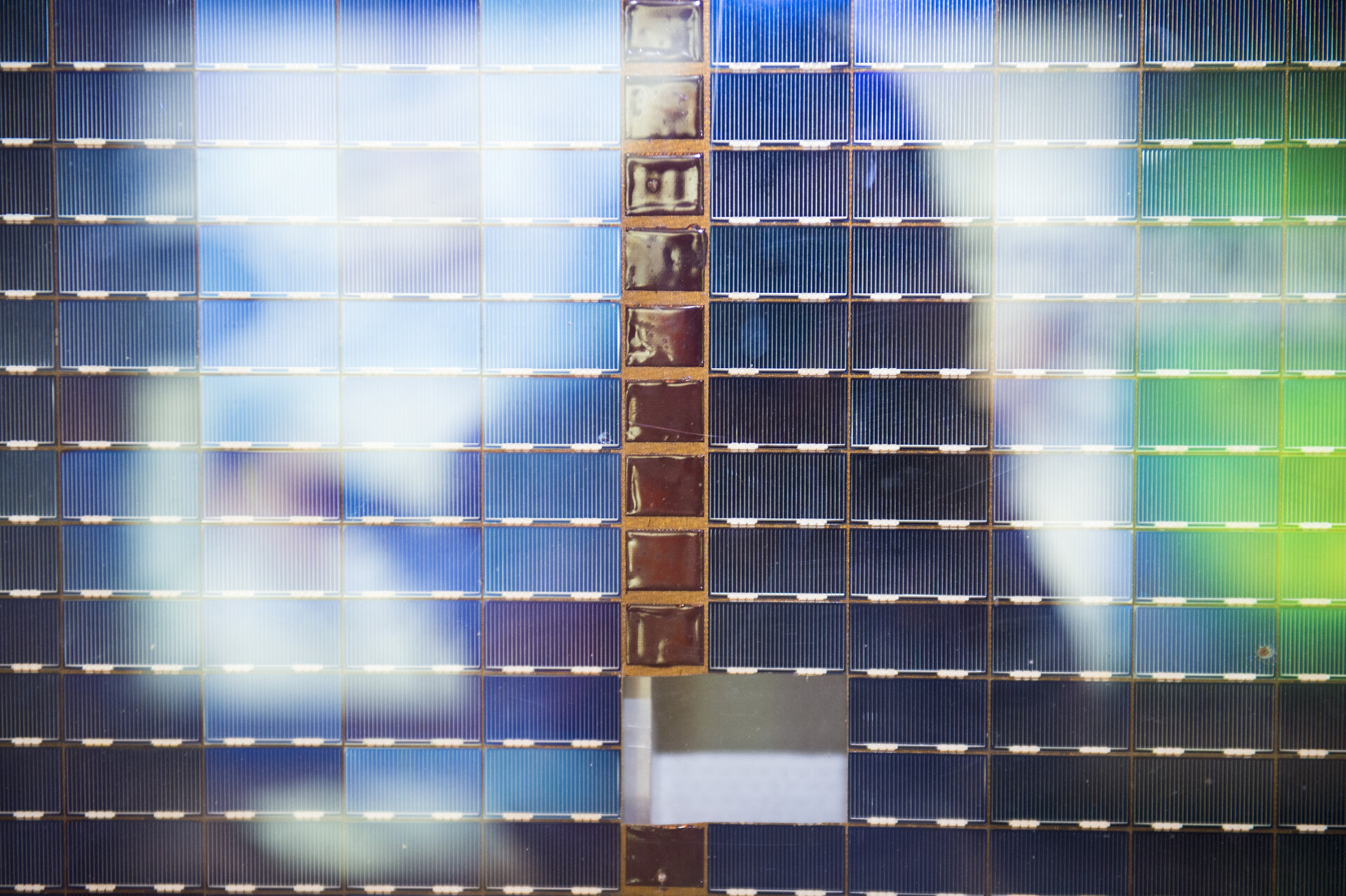 A deceptively valuable wall hanging: this section of the NASA–ESA Hubble Space Telescope’s solar array flew for eight years in space before being returned to Earth aboard a Space Shuttle, and is now displayed at ESA’s technical centre in Noordwijk, the Netherlands.

See it for yourself at ESA’s Open Day in the Netherlands on Sunday 8 October. The theme this year is Bringing Space to Earth, focussing on knowledge, hardware and people returned to the ground from space.

VIP guests for the Open Day have been confirmed: astronauts Michael Foale of the UK, Dumitru Prunariu of Romania, Ulf Merbold and Ernst Messerschmid of Germany, Dirk Frimout of Belgium, Jean-Jacques Favier and Claudie Haigneré of France and André Kuipers of the Netherlands.

More than 9200 people have already registered to attend the event; you can sign up here.

Forty years ago this year NASA and ESA agreed to be partners on the Hubble Space Telescope, which was launched into orbit on 24 April 1990.

ESA provided the first two generations of solar wings for Hubble, replaced and returned during later servicing missions. ESA’s solar power engineers had the valuable opportunity to study how solar arrays degraded in the space environment.

Today, Hubble is powered by US-made solar wings, but they are kept trained on the Sun by the original European drive mechanisms.