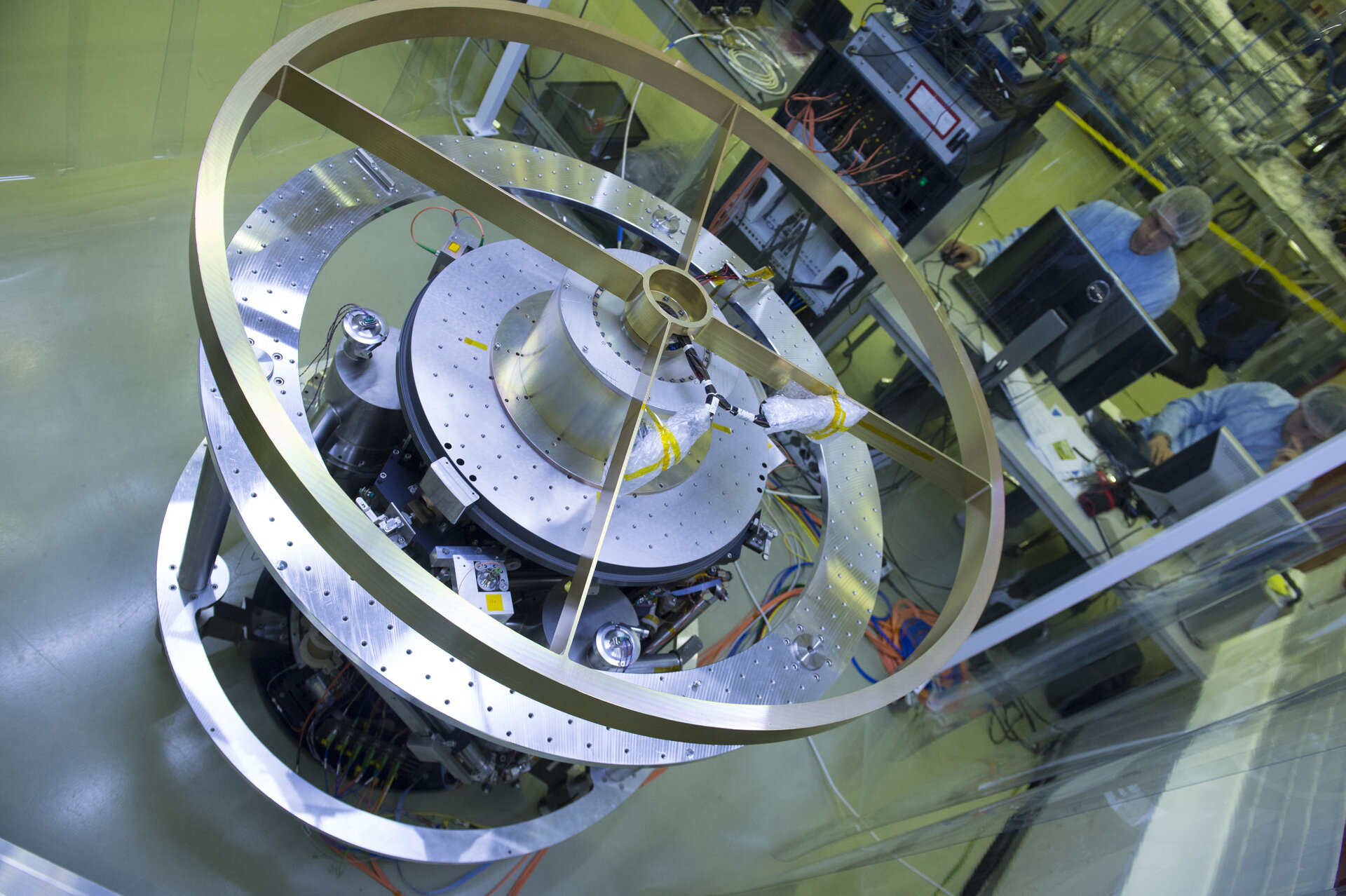 The smooth running of the mechanism that will align the solar wings powering Europe’s latest weather satellite has been demonstrated using ESA’s new microvibration unit.

Sensitive enough to feel the multi-axis forces of a single falling feather, this unit is the latest addition to ESA’s test centre in Noordwijk, the Netherlands.

It was designed and built by the UK’s National Physical Laboratory to check the extremely small disturbances from satellite systems or to assess the performance of precision mechanisms.

These drives slowly move to keep a satellite’s solar array fixed on the Sun and ensure the steady flow of power. During testing a hoop-like structure was attached to the mechanism to simulate a solar array.

“We have recorded the micro vibration performance of the mechanism with unprecedented accuracy and signal-to-noise ratio,” comments Stefan Wismer of Ruag Space. “In addition, the new machine allows measuring signals as slow as 0.01 Hz, which is 100 times slower than the facility previously used.”

“It took more than four years of development and prototype testing to achieve a test facility capable of measuring interface forces and moments in the low micronewton regime – equivalent to 0.0001 grams of weight – at very low frequencies,” explains Mark Wagner, overseeing test facilities at the Test Centre.

“It has triggered a lot of interest, with various companies requesting test slots: this is a unique facility globally – not only allowing the traceable measurement of six-degrees-of-freedom microvibration disturbance but also featuring an excitation mode offering microvibration susceptibility tests for payloads up to 50 kg in weight.”