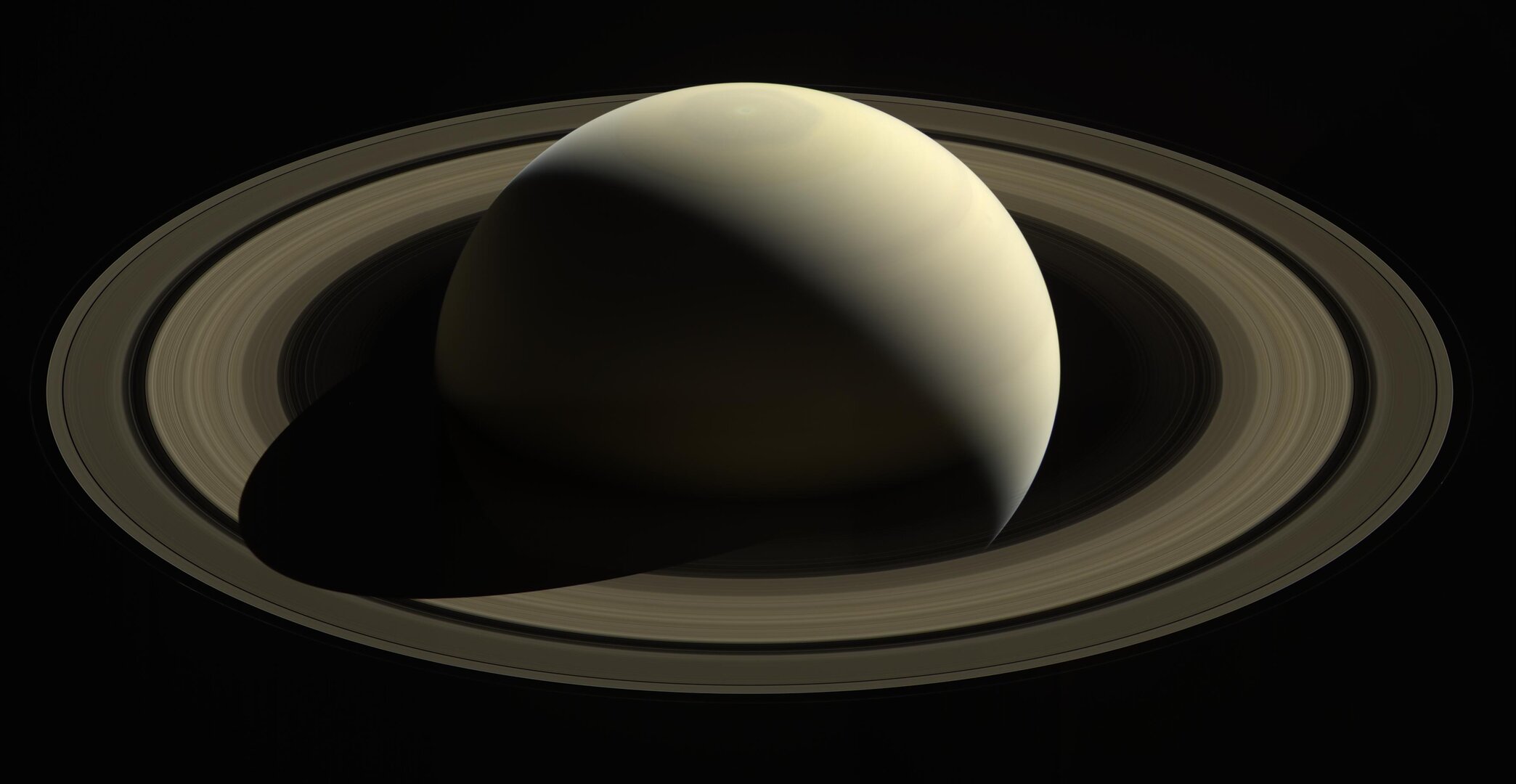 With this view, Cassini captured one of its last looks at Saturn and its main rings from a distance. The Saturn system has been Cassini's home for 13 years, but its journey will end on 15 September.

Cassini has been orbiting Saturn for nearly a half of a Saturnian year. This extended stay has permitted observations of the long-term variability of the planet, moons, rings and magnetosphere, observations not possible from short, flyby-style missions.

When the spacecraft arrived at Saturn in 2004, the planet's northern hemisphere, seen at the top here, was in darkness, just beginning to emerge from winter. Now at journey's end, the entire north pole is bathed in the continuous sunlight of summer.

Images taken on 28 October, 2016 with the wide angle camera using red, green and blue spectral filters were combined to create this colour view. This view looks toward the sunlit side of the rings from about 25 degrees above the ringplane.

The view was acquired at a distance of approximately 1.4 million km from Saturn. Image scale is 80 km/pixel.

The Cassini mission is a cooperative project of ESA, NASA and the Italian space agency ASI. The image was published today as the Cassini weekly image.