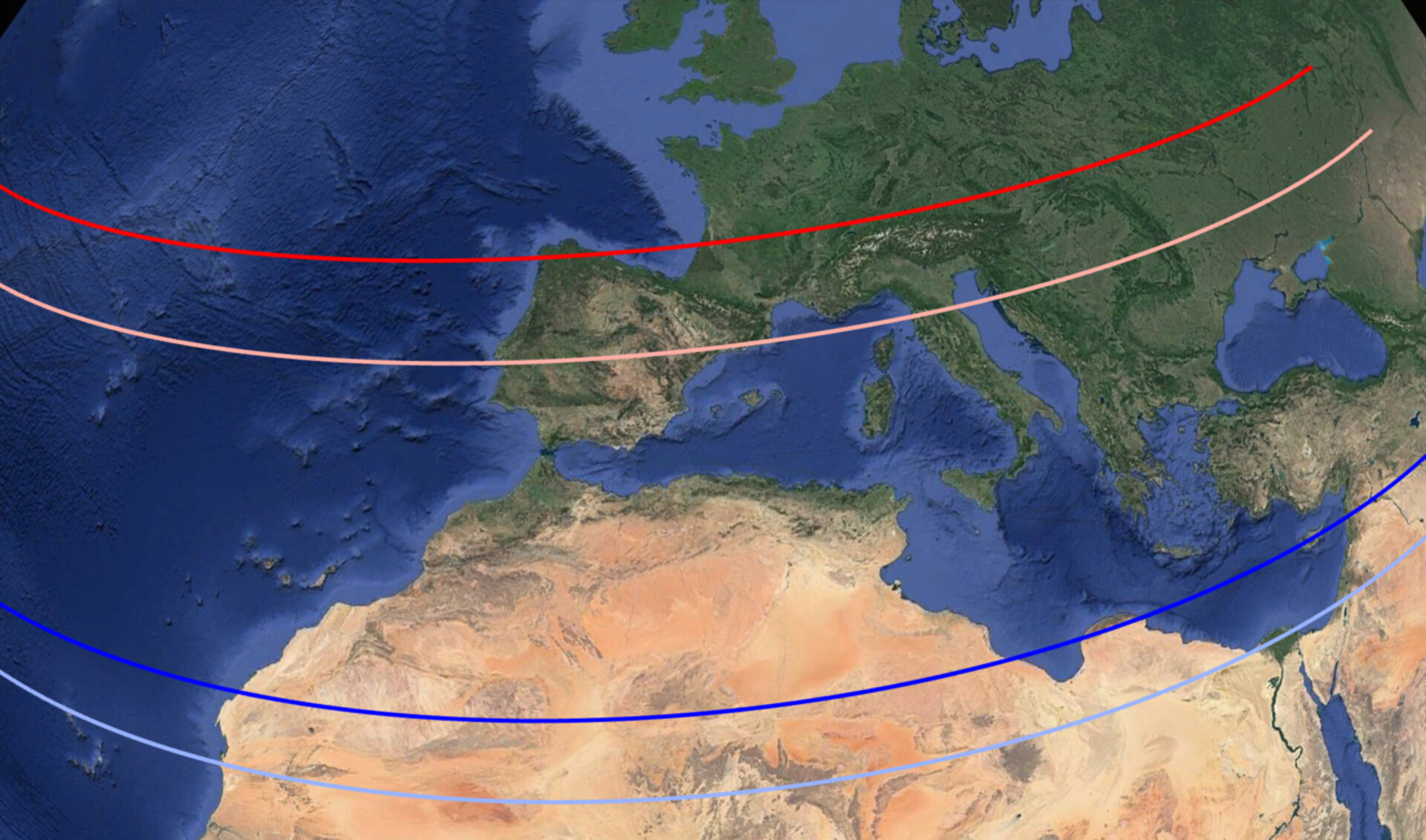 Improved estimate of the ground trace of Triton occultation

On 5 October 2017, Neptune's moon Triton passed in front of a distant star, providing an opportunity for astronomers to study that moon's atmosphere.

Taking advantage of improved measurements of the star's position and a few hundred more stars, provided by Gaia, the Lucky Star team has coordinated a campaign to observe this occultation.

The pink line corresponds to a further improved prediction of the central track obtained by using recent observations of Triton as well as the preliminary positions of 453 other stars from Gaia DR2 to refine the estimate of Triton's orbit. With this additional information, the estimated observing path shifted roughly 300 km southwards of the earlier prediction; the light blue line represents the southern limit in the refined estimate.

On the day of the occultation, the improved prediction of observing locations based on the specially released, preliminary data from Gaia DR2 led to twenty-five successful detections of the central flash – a sharp brightening of the star that can be observed when perfectly aligned with both Triton and the distant star – from Spain and Portugal to the south of France and the north of Italy.