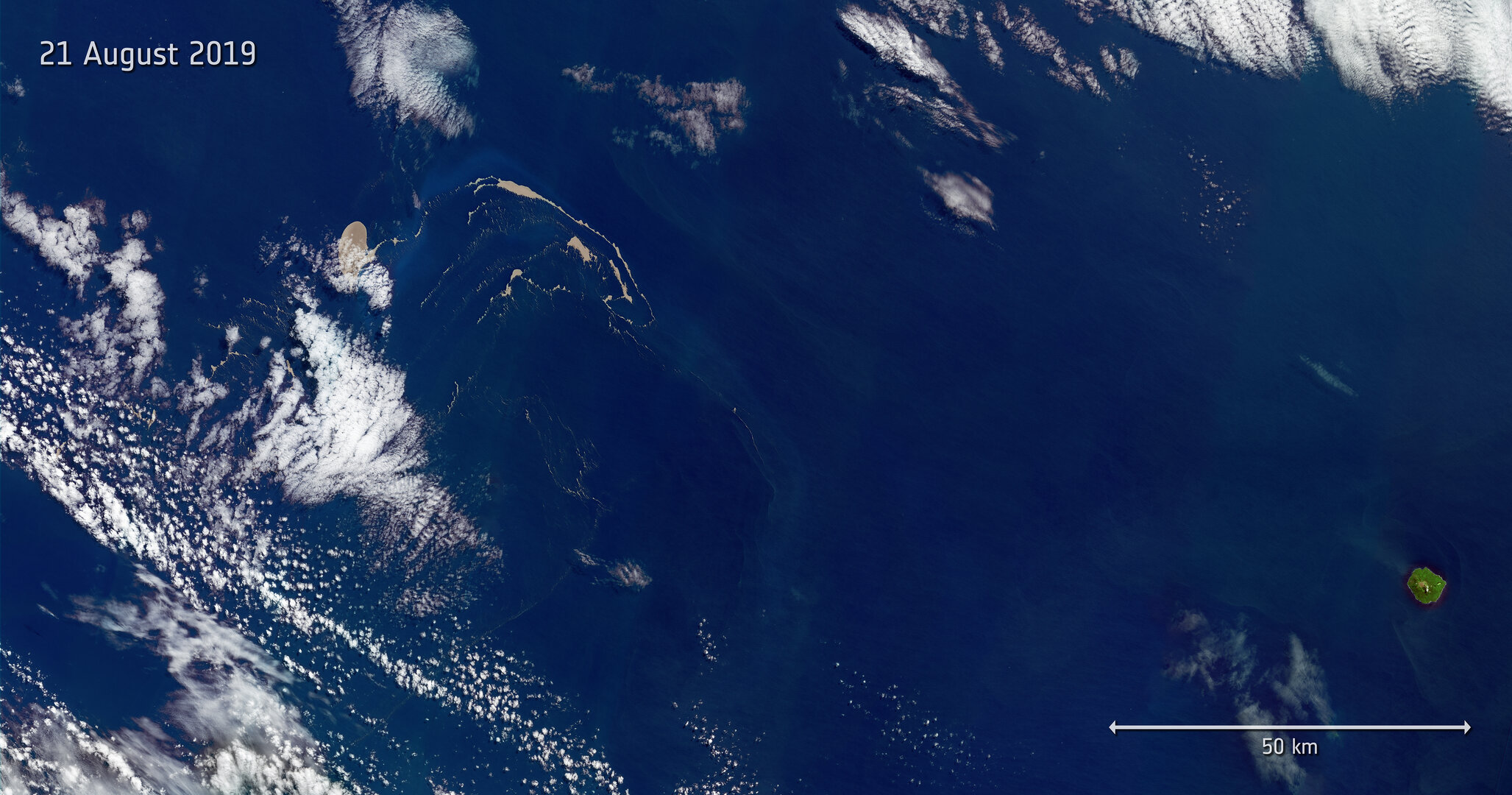 Captured by the Copernicus Sentinel-2 mission on 21 August 2019, this image features a huge raft of pumice rock drifting in the Pacific Ocean. The pumice is believed to have come from an underwater volcano near Tonga, which erupted on 7 August.

Click here to see the image at its full resolution to zoom in on the area.

The volcanic debris is full of holes and gas that make the rock light enough to float up to the sea surface. Covering a total area of around 150 sq km, this massive gathering of floating rocks has turned the ocean surface from its usual twinkling blue to a dull grey that almost looks like land.

The raft is drifting towards Australia, and while it may be causing some problems for sailors, it could bring benefits to the Great Barrier Reef. There are millions of pieces of rock and each is a potential vehicle that offers a ride to small marine organisms such as algae, snails, barnacles and corals. If the raft eventually reaches Australia, the hope is that these hitch-hiking organisms could help replenish the Great Barrier Reef, which has been damaged by rising seawater temperatures.