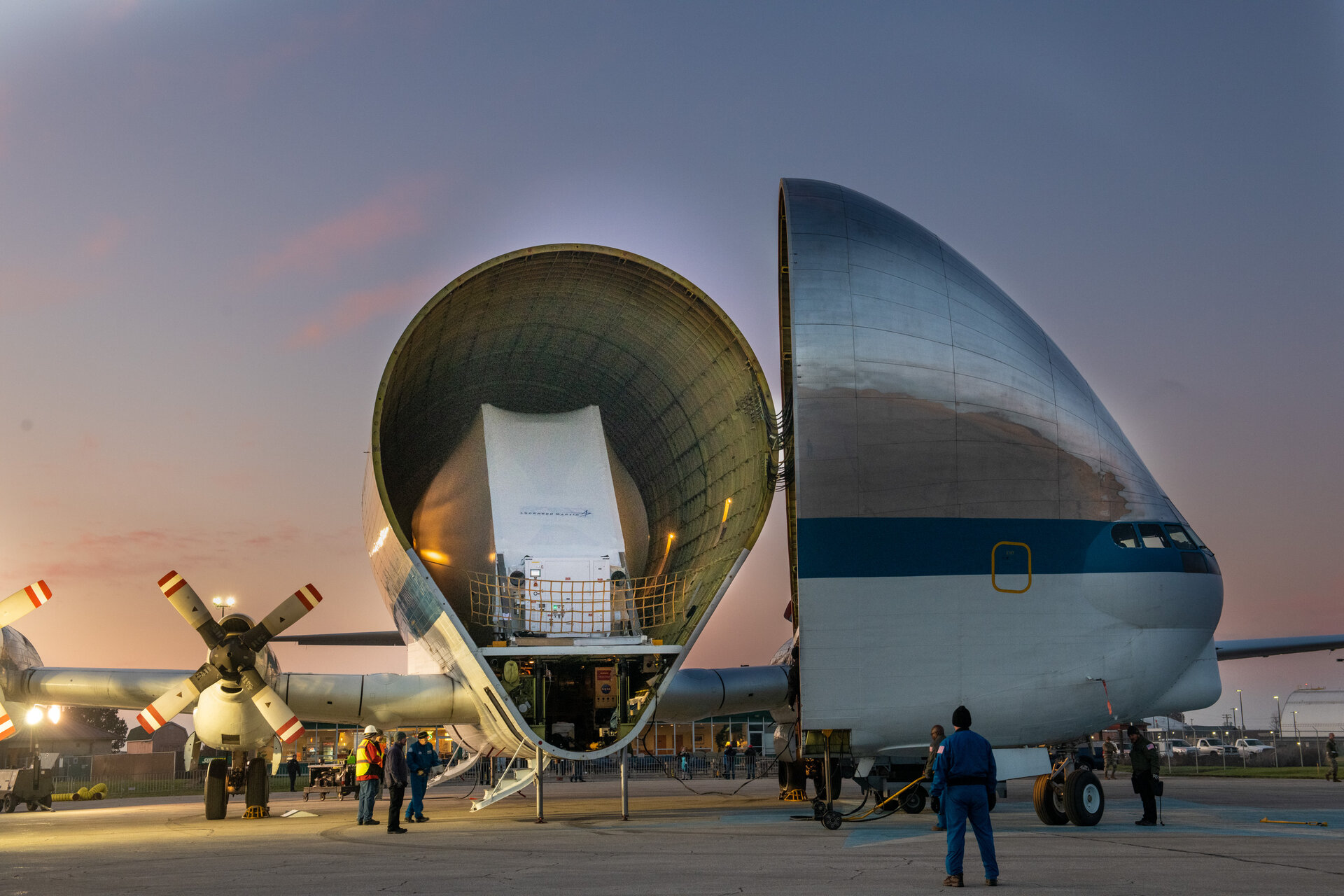 Orion spacecraft with European Service Module arriving 25 November 2019 on the Super Guppy aircraft, wrapped in a protective transportation cover. The spacecraft was removed from the aircraft and loaded onto a large flatbed trailer to be transported to NASA’s Plum Brook Station for testing.

The Orion crew and service module stack for Artemis I was lifted out of the Final Assembly and Test cell on 11 November.