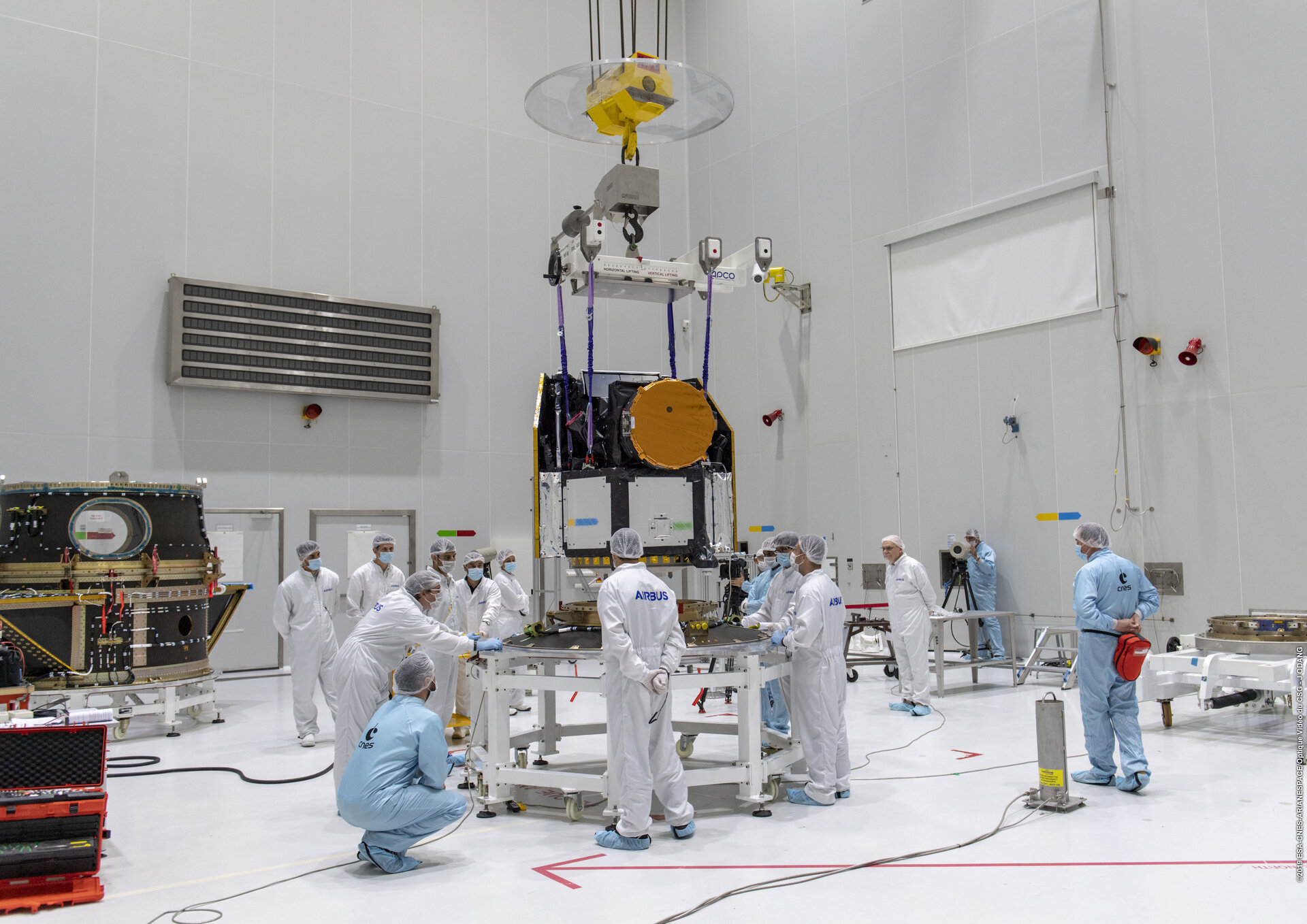 Fitting Cheops into the flight adapter

At Europe’s Spaceport in Kourou, French Guiana, ESA’s Characterising Exoplanet Satellite, Cheops, is being fitted into the flight adapter of the Soyuz-Fregat rocket that will lift it into space on 17 December.

In this picture, taken on 28 November, Cheops is hoisted above the conic flight adapter while the Airbus team is making sure the satellite orientation is correct before placing it on the flight adapter ring.