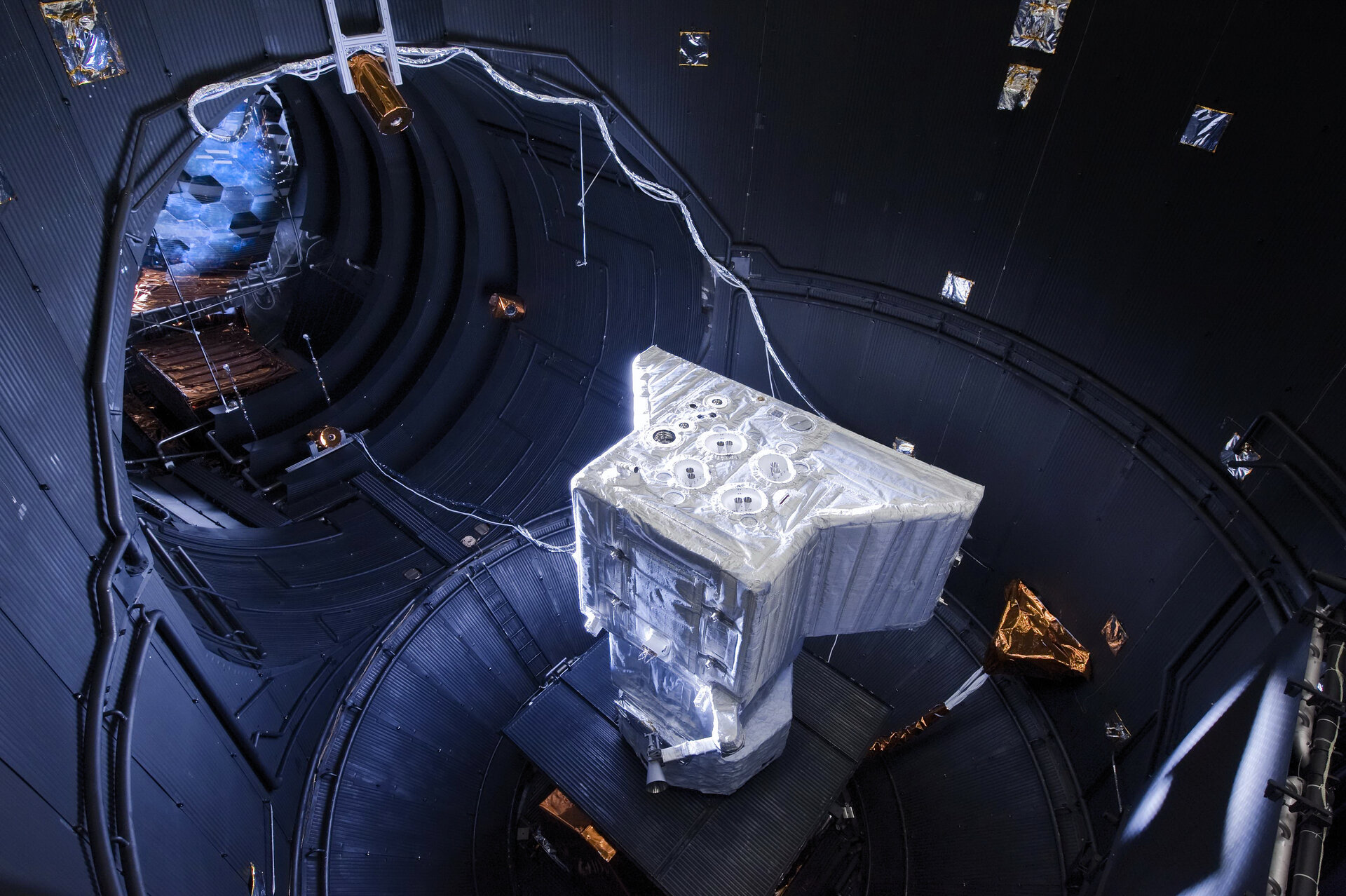 Launched in 2018, the BepiColombo spacecraft is due to make its flyby of Earth this Friday 10 April, helping it slow down to allow the Sun’s gravity to pull it closer to Mercury. This picture comes from 2014, showing its main Mercury Planetary Orbiter module bathed in simulated sunlight during ground testing, to give an idea of how the spacecraft will be illuminated in space as it passes its homeworld.

BepiColombo is actually made up of three spacecraft modules: ESA’s MPO seen here, the Japan Aerospace Exploration Agency’s Mercury Magnetosphere Orbiter and the Mercury Transfer Module transporting the other two modules on their way to the innermost planet. They are due to arrive in December 2025 after two Venus flybys and six Mercury flybys.

The full BepiColombo stack was too big for ESA’s Large Space Simulator, so thermal vacuum testing of the three modules took place separately. Within this cavernous 10-m wide, 15-m high chamber, they were subjected to orbital-quality vacuum as well the temperature extremes prevailing in space.

BepiColombo should be visible to astronomers in southern parts of the northern hemisphere and southern hemisphere during Friday’s flyby; find out more here. To learn more about the development, testing and heat-proofing of the mission, click here.