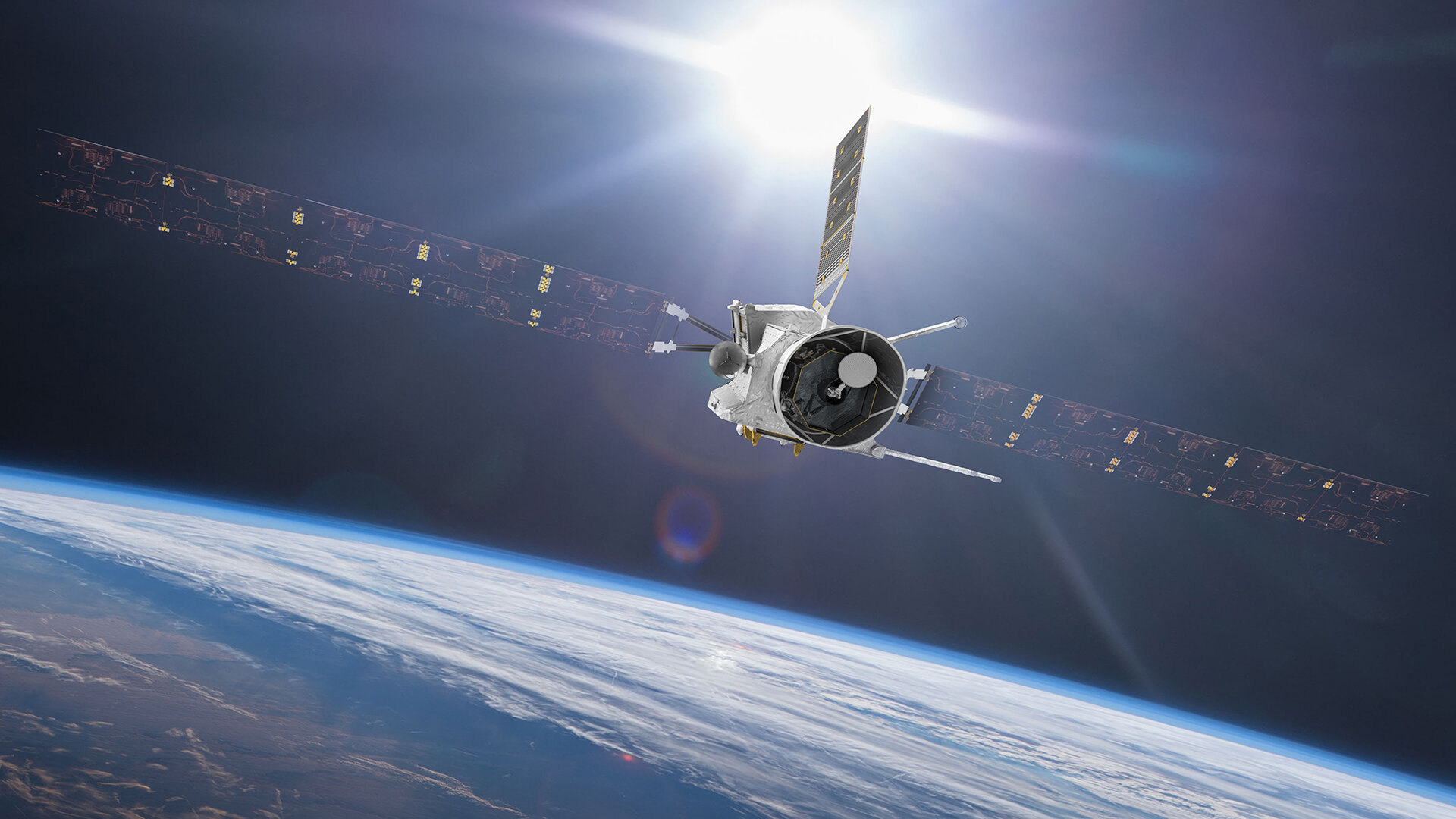 On 10 April, BepiColombo will be visible to amateur and professional astronomers during its first – and only – Earth flyby, as the spacecraft makes its way to Mercury, the innermost planet of the Solar System. The best place to spot it is the southern hemisphere, but observers in southern locations of the northern hemisphere might also catch a parting view of the spacecraft.

By the time of the flyby, BepiColombo will have travelled almost 1.4 billion km – roughly nine times the distance between Earth and the Sun – since the European-Japanese mission was launched in October 2018. Yet, passing over at an altitude of just 12 700 km, it will come within just a couple of thousand kilometres of our planet’s exosphere, the outermost layer of the atmosphere, providing us with the last chance to say hello – and goodbye.

This is the first of a series of nine gravity-assist manoeuvres that the spacecraft will use to reach its final destination. The next two flybys will see BepiColombo proceed towards Venus in October 2020 and August 2021, respectively, followed by six flybys of Mercury itself to further adjust the trajectory. Eventually, the mission’s two science orbiters – ESA’s Mercury Planetary Orbiter and Mio, the Mercury Magnetospheric Orbiter of the Japan Aerospace Exploration Agency (JAXA) – will separate from the Mercury Transfer Module in late 2025 and start their scientific operations at Mercury in early 2026.

BepiColombo will make its closest Earth approach at 05:24:58 BST (06:24:58 CEST) on 10 April 2020 as it crosses the sky from East to West. The spacecraft will not be visible to the naked eye, but observers with access to a small telescope, binoculars or a camera might be able to catch the Mercury explorer as it bids farewell to our home planet.

“It’s the last time that we can see the spacecraft from Earth, so we are inviting amateur and professional astronomers to observe it before it goes.”

The scheduled flyby takes place as billions of people across the world face an exceptional situation caused by the ongoing coronavirus pandemic, which limits human movement and therefore also the access to many professional telescopes. Amateur astronomers in suitable locations, far from large cities, can contribute from their home terrace or garden.

“If you live in southern Europe – south of Rome or Madrid, for example – you might be able to glimpse it for a moment, and the further south you are, the longer you should be able to see it. If something appears as a moving star in the field of view of your telescope or camera, that will be Bepi.”

This simulation shows BepiColombo’s flyby as seen by an observer in Rio de Janeiro, Brazil. The spacecraft can be seen flying in relation to constellations of stars behind it, which may make it easy to look for in the night sky.
Access the video

The planets Jupiter, Saturn and Mars – visible to the naked eye – will also be in the sky in the early hours of 10 April, providing an interesting configuration for astro-photographers. Unfortunately, another bright source will be in the sky too, the Moon, making BepiColombo more challenging to observe.

“BepiColombo will be also visible from Japan in the late hours of 10 April, as it moves away from our planet,” says Go Murakami, BepiColombo Project Scientist at JAXA.

“The conditions are not the best but some professional observatories will try to observe it, along with amateur astronomers.”

Besides their symbolic value, the observations will be useful for scientists to calibrate some of the onboard instruments and check their science operations tools.

You can compute your own plot of BepiColombo’s motion across the sky for your location, by adding your latitude and longitude in this tool developed by a team of BepiColombo scientists from INAF, the National Institute for Astrophysics in Italy.

If you are up for the challenge, upload your pictures to this Flick-r group and post them on Twitter or Instagram using the hashtag #BepiColomboEarthFlyby for a chance to win a BepiColombo scale model and be published on the ESA website. If you do not use Flickr, you may submit your pictures to this form on the website of the Europlanet Society.

Under all circumstances, please remember to obey the appropriate social distancing rules and regulations of the country you reside in.

The three spacecraft modules also have personalised accounts (@ESA_Bepi, @JAXA_MMO, and @ESA_MTM) that you may follow for extra content and a unique take on the mission.

Look out too for this real-time animation on the Heavens-Above website depicting the spacecraft’s position, as it edges closer and then disappears into the dark sky forever.

Further details about the visibility of the BepiColombo flyby from Earth are available here: https://www.cosmos.esa.int/web/bepicolombo-flyby/ground-based-observations