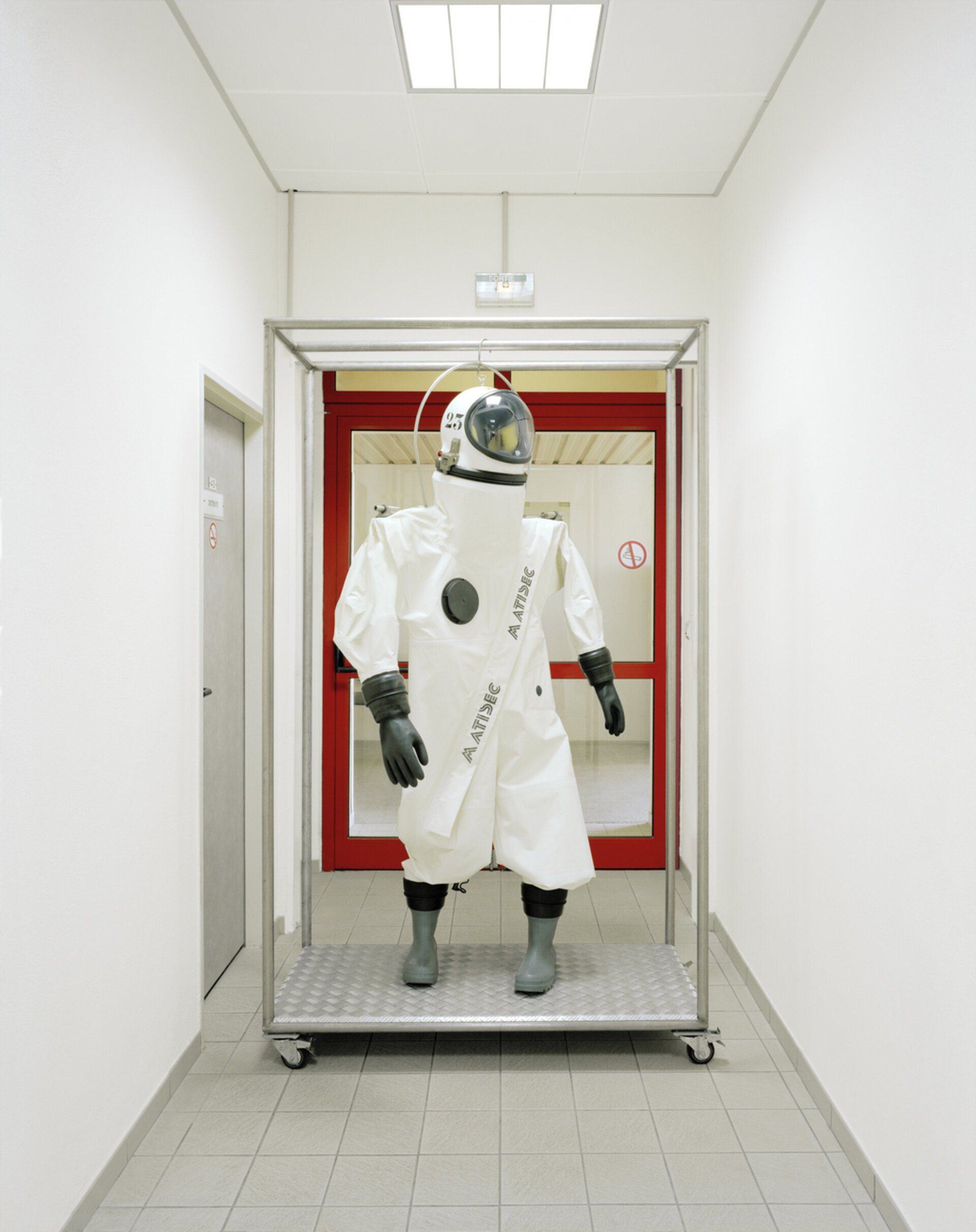 Spacesuit for the ground

Not a spacesuit but a SCAPE suit – standing for ‘Self Contained Atmospheric Protective Ensemble’. Technicians don these suits before filling satellites with the toxic hydrazine fuel used for manoeuvres in space. This one was snapped by Portuguese photographer Edgar Martins at ESA’s Spaceport in French Guiana.

ESA’s Clean Space initiative is researching greener alternatives to hydrazine but for now this high-energy propellant is being used to fuel almost all satellites as well as launcher upper stages.

Edgar Martins collaborated closely with ESA to produce a comprehensive photographic survey of the Agency’s various facilities around the globe, together with those of its international partners.