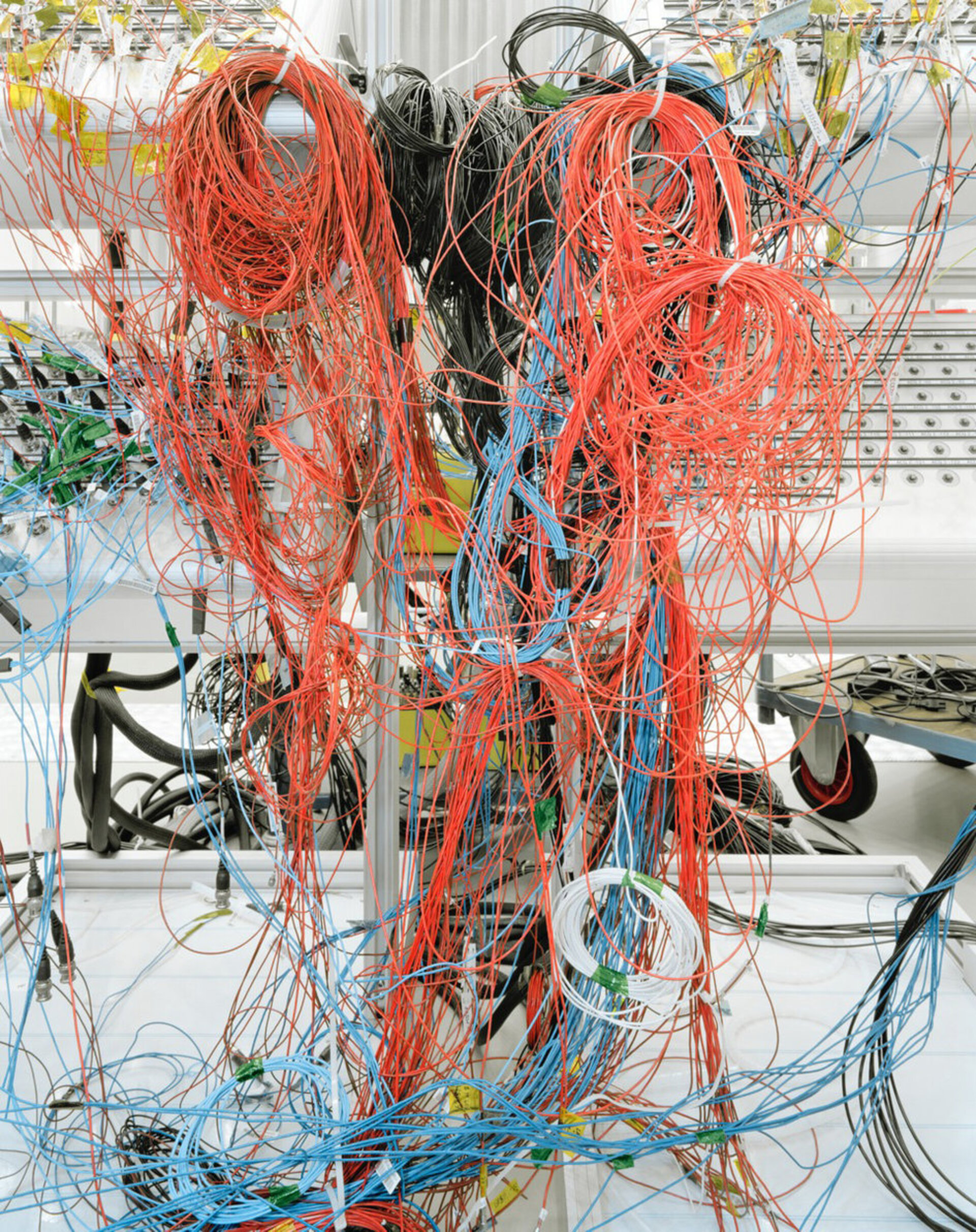 Artist Edgar Martins’ view of cabling used during testing of ESA’s BepiColombo spacecraft at ESTEC – the largest satellite testing facility in Europe, in Noordwijk, the Netherlands.

BepiColombo is a joint mission with Japan to Mercury, the innermost world of the Solar System, set for launch in January 2017. BepiColombo will venture closer to the Sun than any European spacecraft before, so requires rigorous testing to ensure it can withstand the high temperatures and radiation exposure.

Edgar Martins has collaborated closely with ESA to produce a comprehensive photographic survey of the Agency’s various facilities around the globe, together with those of its international partners.