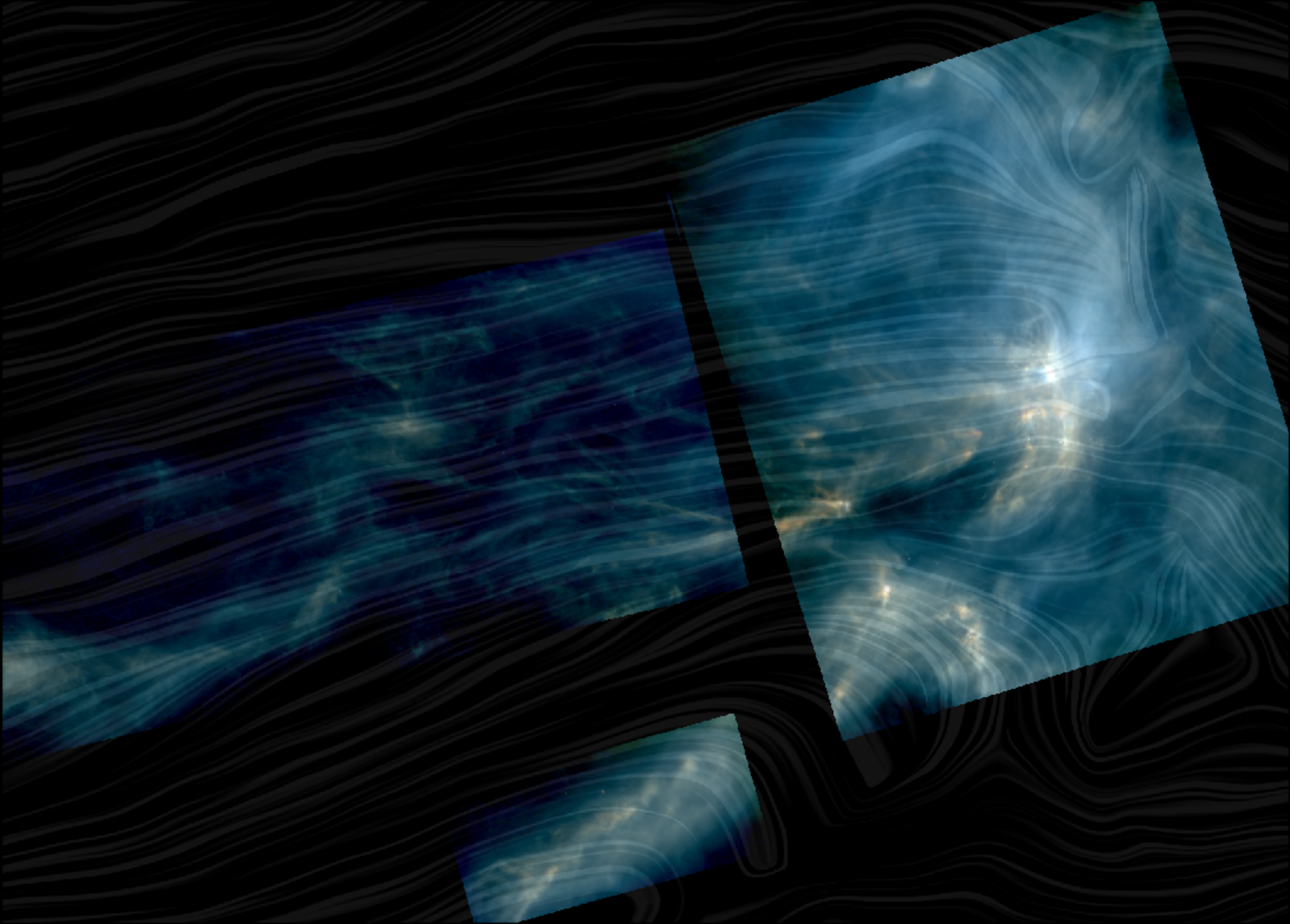 This image shows the Rho Ophiuchi cloud complex based on a combination of data from ESA’s Herschel and Planck space telescopes. The bright areas in the picture shows the emission by interstellar dust grains in three different wavelengths observed by Herschel (250, 350, and 500 microns) and the lines crossing the image in a ‘drapery pattern’ represent the magnetic field orientation (based on the Planck data.)

The Rho Ophiuchi cloud complex is a nearby star-forming region, at around 440 light years from us, in the constellation Ophiuchus. The main bright region on the right side of the image is known as L1688, with L1704/L1709 on the upper left and L1712 on the lower left.

L1688 is a well-studied region of low-mass star formation. It contains young stellar objects and is the most active star-forming region within the cloud complex. L1688 is a dense filament whereas the areas on the left of the image are less dense and are known as streamers rather than filaments. Filaments are well-defined whereas streamers are broader and fainter.