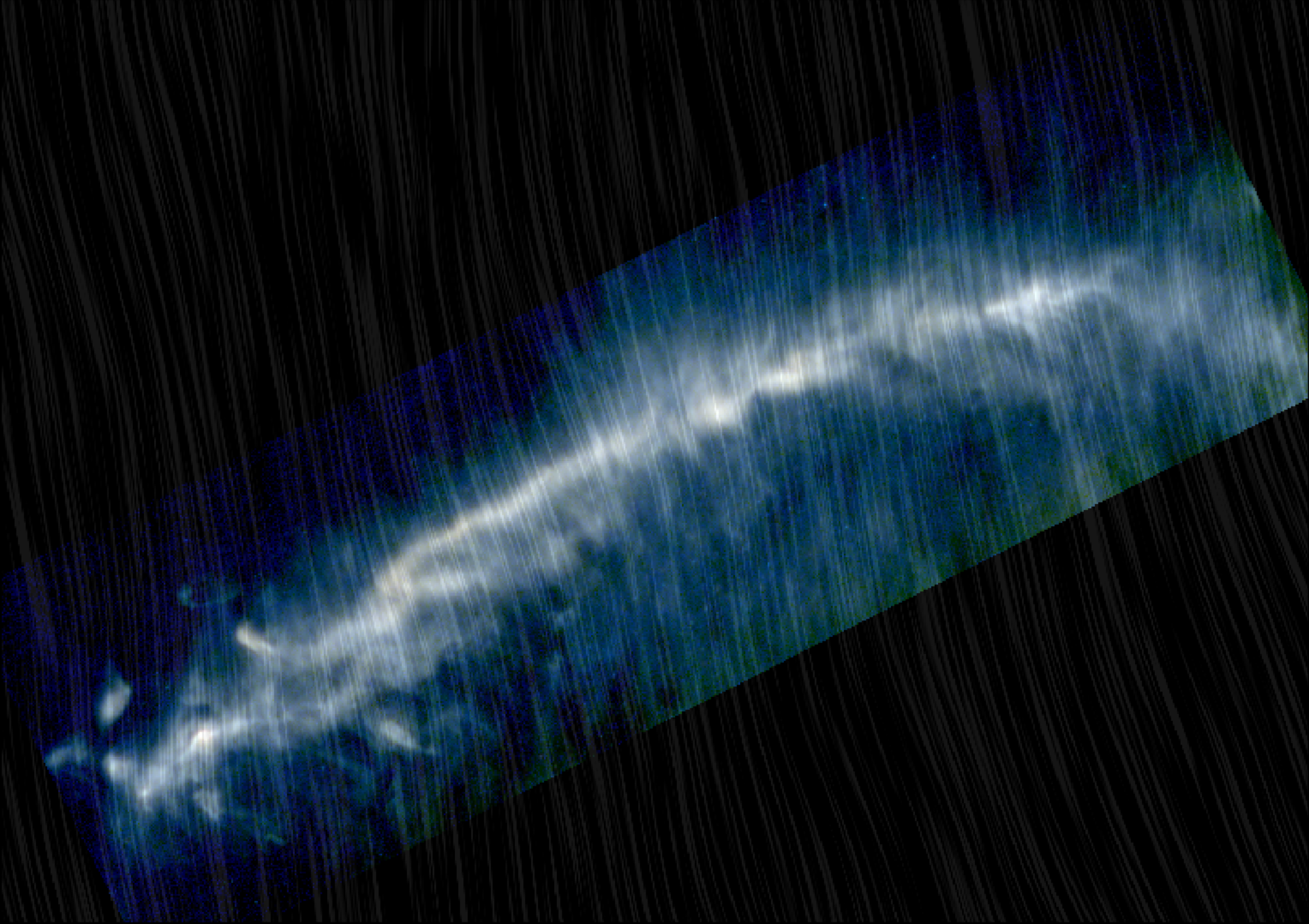 The Musca molecular clouds viewed by Herschel and Planck

This image shows the Musca molecular clouds based on a combination of data from ESA’s Herschel and Planck space telescopes. The bright areas in the picture shows the emission by interstellar dust grains in three different wavelengths observed by Herschel (250, 350, and 500 microns) and the lines crossing the image in a ‘drapery pattern’ represent the magnetic field orientation (based on the Planck data.)

The Musca clouds are part of the Chamaeleon cloud complex, where the vast star-forming region overlaps with the constellation of Musca, the Fly. Resembling a streak of lightning, the well-defined, elongated molecular cloud spans three degrees across the sky. It is also sometimes called the Dark Doodad Nebula.

Musca is similar to the B213 filament in the Taurus Molecular Cloud in terms of perpendicular striations, however Musca lacks the fine substructure of the Taurus filament.