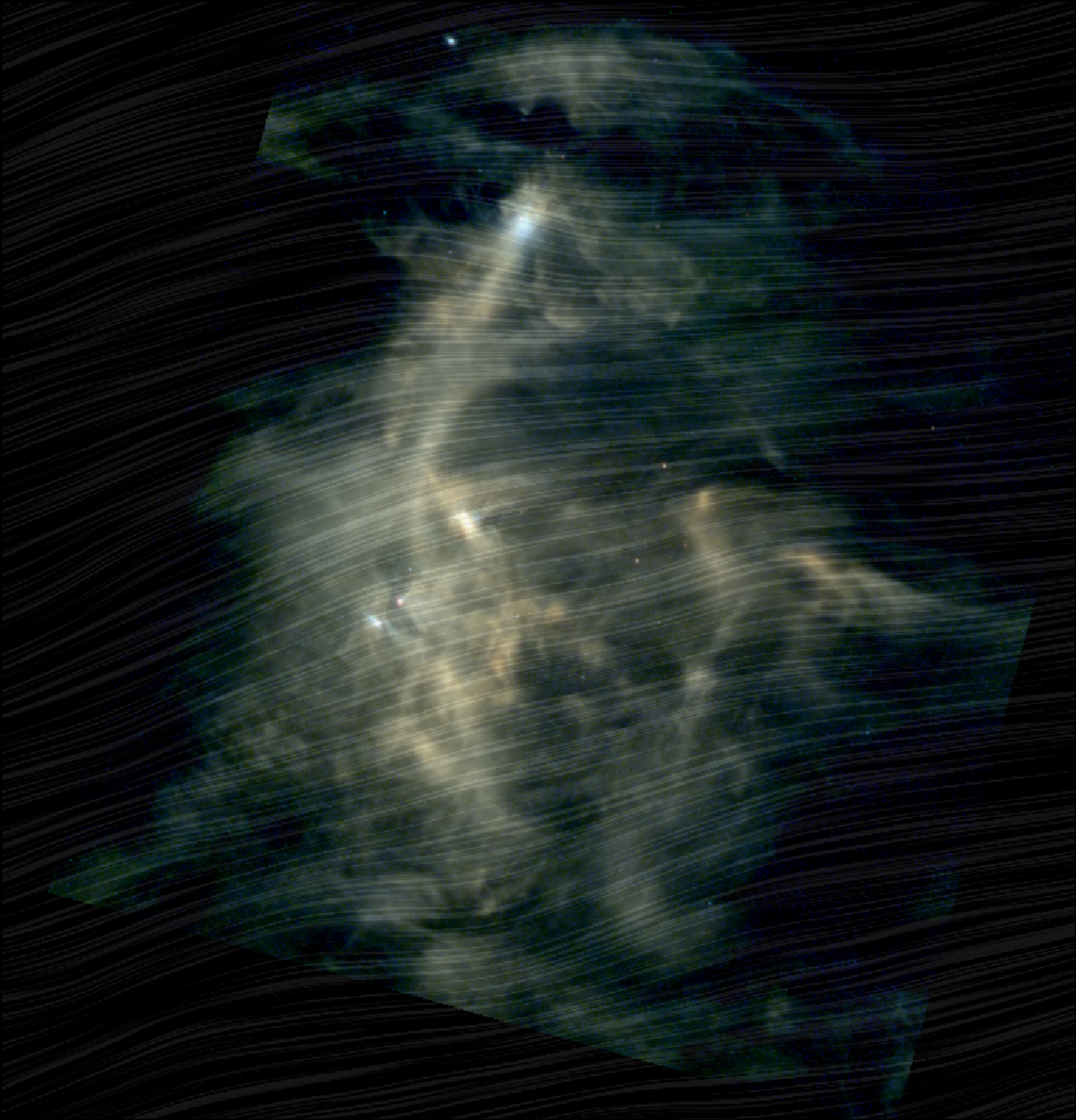 Chamaeleon I molecular cloud viewed by Herschel and Planck

This image shows the Chamaeleon I molecular cloud based on a combination of data from ESA’s Herschel and Planck space telescopes. The bright areas in the picture shows the emission by interstellar dust grains in three different wavelengths observed by Herschel (250, 350, and 500 microns) and the lines crossing the image in a ‘drapery pattern’ represent the magnetic field orientation (based on the Planck data.)

The Chamaeleon cloud complex consists of three molecular clouds of very different morphology and stages of evolution: Chamaeleon I, II and III, with Chamaleon III having no young stars. An image of Chamaeleon II is available here.

At the end its star formation phase, Chamaeleon I has a central ridge-like structure, and there are dense clumps embedded in the ridge. Faint striations can be seen in the cloud, aligned with the magnetic field.