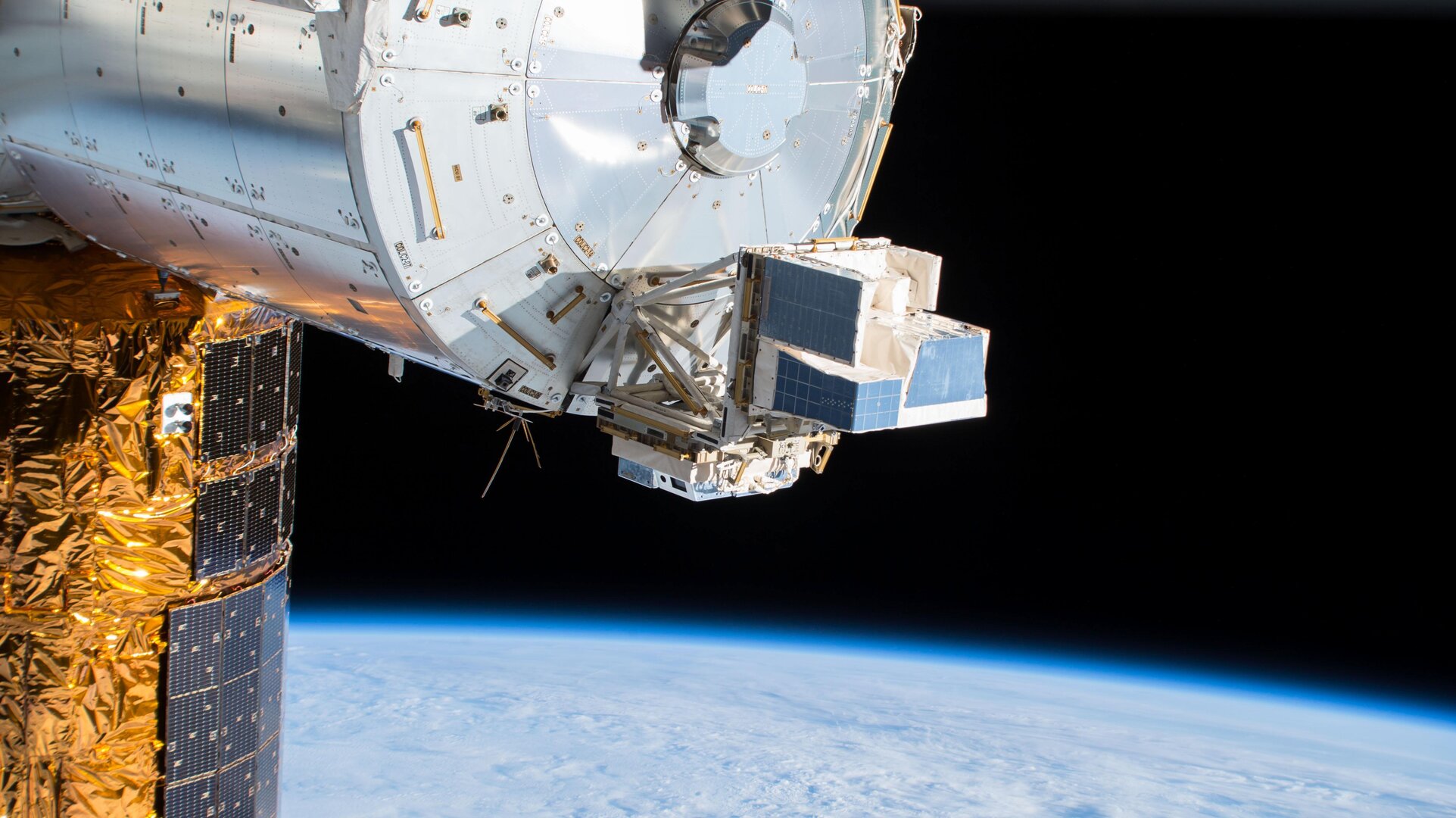 The Atmosphere-Space Interactions Monitor or ASIM, mounted outside the European laboratory of the International Space Station, enters its second year of science operations.

Launched in April 2018, the payload began operating on 14 June 2018 and has been studying thunderstorms 400 km above Earth ever since.

Specifically, ASIM is on the hunt for elusive electrical discharges in the upper atmosphere, or lightning that extends upwards into space. These discharges have alluring names like red sprites, blue jets and elves and have been reported by pilots over the years.

Besides these phenomena ASIM is also studying terrestrial Gamma-ray flashes. These are high-energy discharges of photons that propagate out into space.

All these light shows appear to be more common than originally thought and scientists are eager to know more about how they could influence Earth’s climate.

ASIM is outfitted with a collection of optical cameras, photometers and an X- and gamma-ray detector designed to track and record the ‘transient luminous events’ and terrestrial gamma-ray flashes.

Scientists knew these terrestrial Gamma-ray flashes existed because they were detected by astronomy spacecraft in the 1990s, but the ‘MXGS’ instrument on ASIM is looking down at Earth from the International Space Station and scans the globe to pinpoint where the gamma-rays are coming from, the first high-energy instrument to generate images of our planet in X-rays.

After just one year in operation, the ASIM science team published the first image of Earth in X-rays at high spatial resolution.

As ASIM can better detect terrestrial gamma-ray flashes it is revealing more details than ever before, as well as showing where they originate. Scientists can then pool data from other spacecraft and ground-based weather stations to complete the overview.

“ASIM is working really well for what is was built for, but it is also producing great secondary science,” says Astrid Orr, ESA’s physical sciences coordinator. “We sometimes get nice bonuses from ASIM.”

In addition to terrestrial gamma rays, ASIM is also catching glimpses of other types of events from its vantage point on the International Space Station. The payload has clocked meteorites, for instance.

“What really inspires me is that, besides doing fantastic experiments inside the Station, we have an external payload giving us more than what it was launched for. This illustrates what a multipurpose scientific laboratory the International Space Station is” adds Astrid.

The data ASIM is generating are now available for download and can be consulted at the ASIM Science Data Center website upon submission of a proposal to the science team.

ASIM was developed by TERMA for ESA for the ASIM Science Team, coordinated by the Technical University of Denmark, and is operated from the Belgian User Support and Operations Centre.