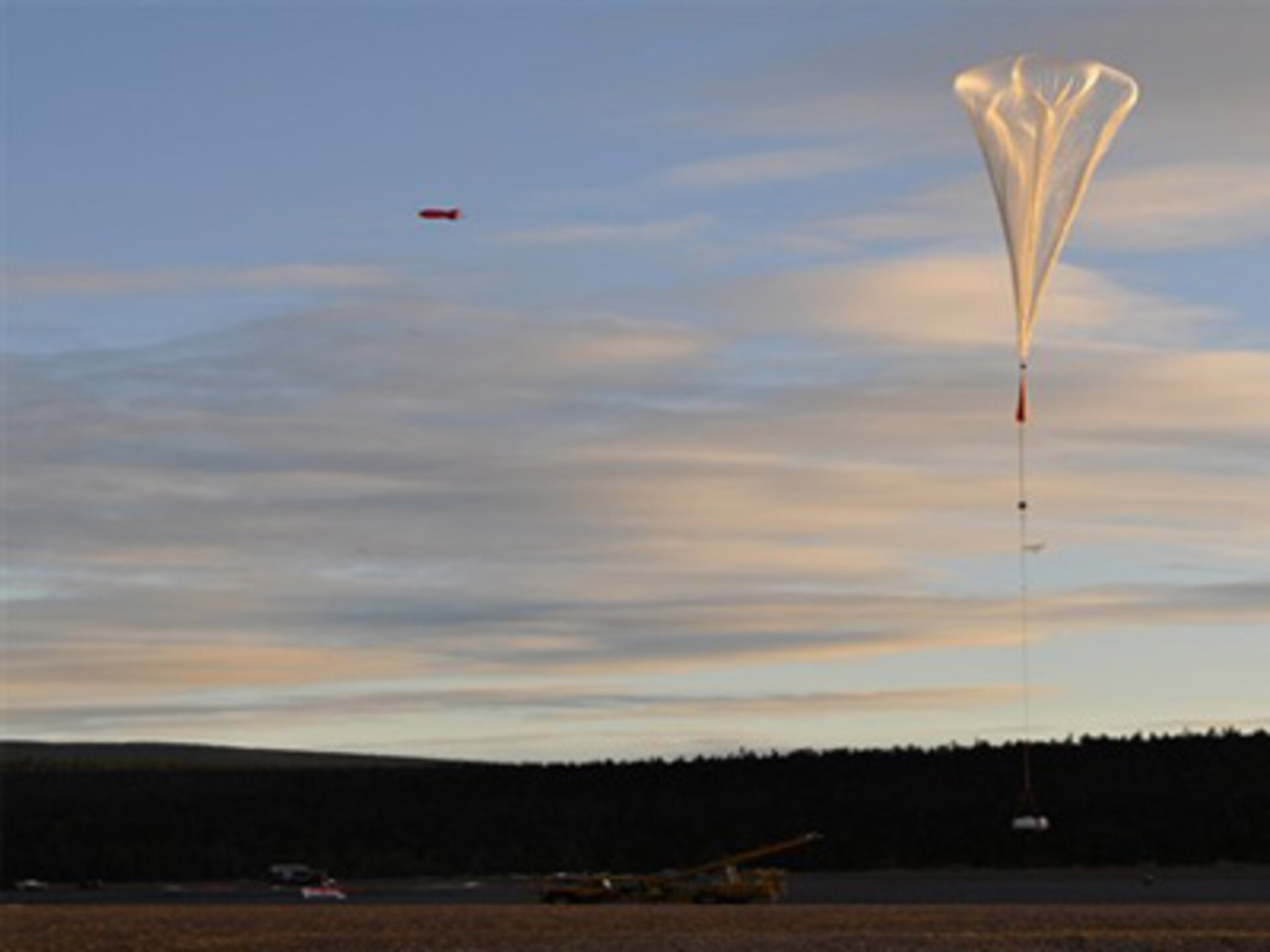 This week the research balloons BEXUS-12 and BEXUS-13 were succesfully launched from the Swedish Space Centre in Esrange.

On board were scientific experiments designed and built by six teams of students from across Europe in a joint mission led by the German Aerospace Center (DLR) and the Swedish National Space Board (SNSB) and with collaboration from ESA.

The BEXUS-12 balloon took to the air in Esrange on 27 September carrying experiments whose scientific focus are wind and radiation measurements.

The LITOS (Leibniz Institute Turbulence Observations in the Stratosphere) team from the Kühlungsborn Institute of Atmospheric Physics (Germany) is working on atmospheric turbulence. The team studied gusts of wind just a few millimetres in size, which help give insight into the physical processes that go on in our atmosphere.

On 28 September the research balloon BEXUS-13 was launched from the Swedish Space Centre in Esrange.

The VEXREDUS (Vehicle with EXtended REentry Duration) glider from the University of Stuttgart (Germany) was planned to conduct autonomous flights and navigate its own way back to its take-off point in Esrange.

The MARVEL (Martian Airborne Research Vehicle) team also made an unmanned flying machine. For the Technical University of Lulea (Sweden) students, the test flight's main focus was the atmospheric conditions in the stratosphere, which are similar to those on Mars.

ARCADE (Autonomous Rendezvous Control And Docking Experiment), an experiment led by students from Padova University (Italy), aimed to carry out docking manoeuvres on the BEXUS-13 flight. They tried uncoupling a test unit from the balloon basket and then docking it back on autonomously.

The RETA (Radiation Exposure in the Atmosphere) experiment from Kiel University (Germany) focused on measuring radiation levels. The students investigated to what point radiation levels depend on the height of the balloon and the Sun's activity in the northern degrees of latitude.

REXUS and BEXUS: a programme for the next generation of scientists

The German/Swedish programme REXUS/BEXUS (Rocket/Balloon Experiments for University Students) allows students to gain their own practical experiences in preparing and carrying out projects in space. They are invited to submit their ideas for experiments every year in the autumn term.

The REXUS / BEXUS programme is realised under a bilateral Agency Agreement between the German Aerospace Center (DLR) and the Swedish National Space Board (SNSB). The Swedish share of the payload has been made available to students from other European countries through a collaboration with the European Space Agency (ESA).

EuroLaunch, a cooperation between SSC and the Mobile Rocket Base (MORABA) of DLR, is responsible for the campaign management and operations of the launch vehicles. Experts from ESA, SSC and DLR provide technical support to the student teams throughout the project.