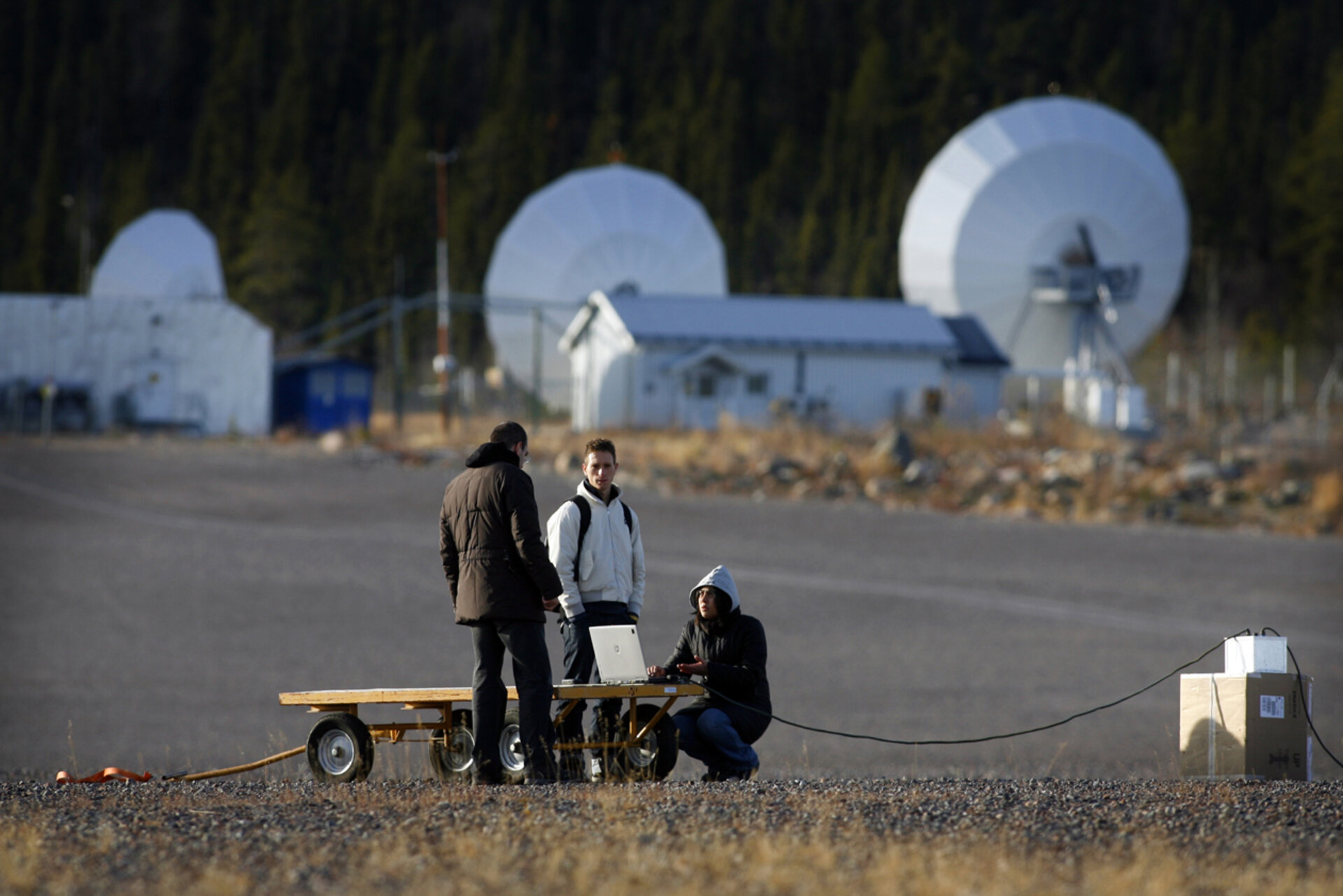 The latest campaign for Balloon Experiments for University Students, or BEXUS, was kicked off on 3 October as students from several Member States and Co-operating States arrived at the Esrange Space Centre in Kiruna, Sweden.

Over the past weekend, five teams of university students sponsored by the ESA Education Office, and two more sponsored by the German Aerospace Centre (DLR), have been performing final integration and testing activities with their experiments, which will culminate with two balloon flights to the stratosphere this week.

If the weather is kind and all goes according to plan, the giant helium balloons will be inflated and launched on two separate days. Over a period of about four hours, the gondola containing the student experiments will soar to an altitude of about 29 km, before the cable is cut and the payload parachutes to the ground.

Since the drop zone covers a sparsely populated region with a surface area larger than the Netherlands, a helicopter is essential for the initial recovery of the experiments. Once the gondola is delivered to the nearest road, it will be picked up by truck and returned to Kiruna.

"The launches can take place at any time of the day or night, although a daytime launch is preferred," explained Helen Page of ESA. "However, weather conditions must be right, with a wind speed of less than 5 metres per second and a low level of precipitation."

"A Euronews TV crew will be on hand to capture the excitement and pay tribute to the hard work and dedication of the students. The programme is scheduled for transmission in the first week of November."

Due to the uncertainty of the launch conditions, the organisers have prepared a flexible programme of space-related activities, which includes two sessions by students from the Delft Aerospace Rocket Engineering (DARE) group from Delft University of Technology in the Netherlands. The DARE presentations will cover a forthcoming attempt to break the world altitude record with their Stratos rocket and an account of the Delfi-C3 CubeSat mission, which is currently in orbit.

The five experiments sponsored by ESA for the BEXUS 6 and 7 balloon flights are:

Stratospheric Census - An international team from the ‘Erasmus Mundus’ Space Masters course, currently based at Luleå University of Technology, Sweden. Using innovative nanofilters combined with a strong airflow to gather dust particles from the stratosphere.

Aurora – School of Aerospace Engineering, University of Rome, Italy. A study of the physical properties of the stratosphere, including temperature and magnetic field intensity.

Icarus - Romanian Space Agency, Romania, and Warsaw University of Technology, Poland. A study of lifting body technology by releasing a glider from the balloon and piloting it to a designated landing zone by remote control.

The call for proposals for BEXUS 8 and 9 is now open and will close on 17 November 2008. More information can be found at www.rexusbexus.net.