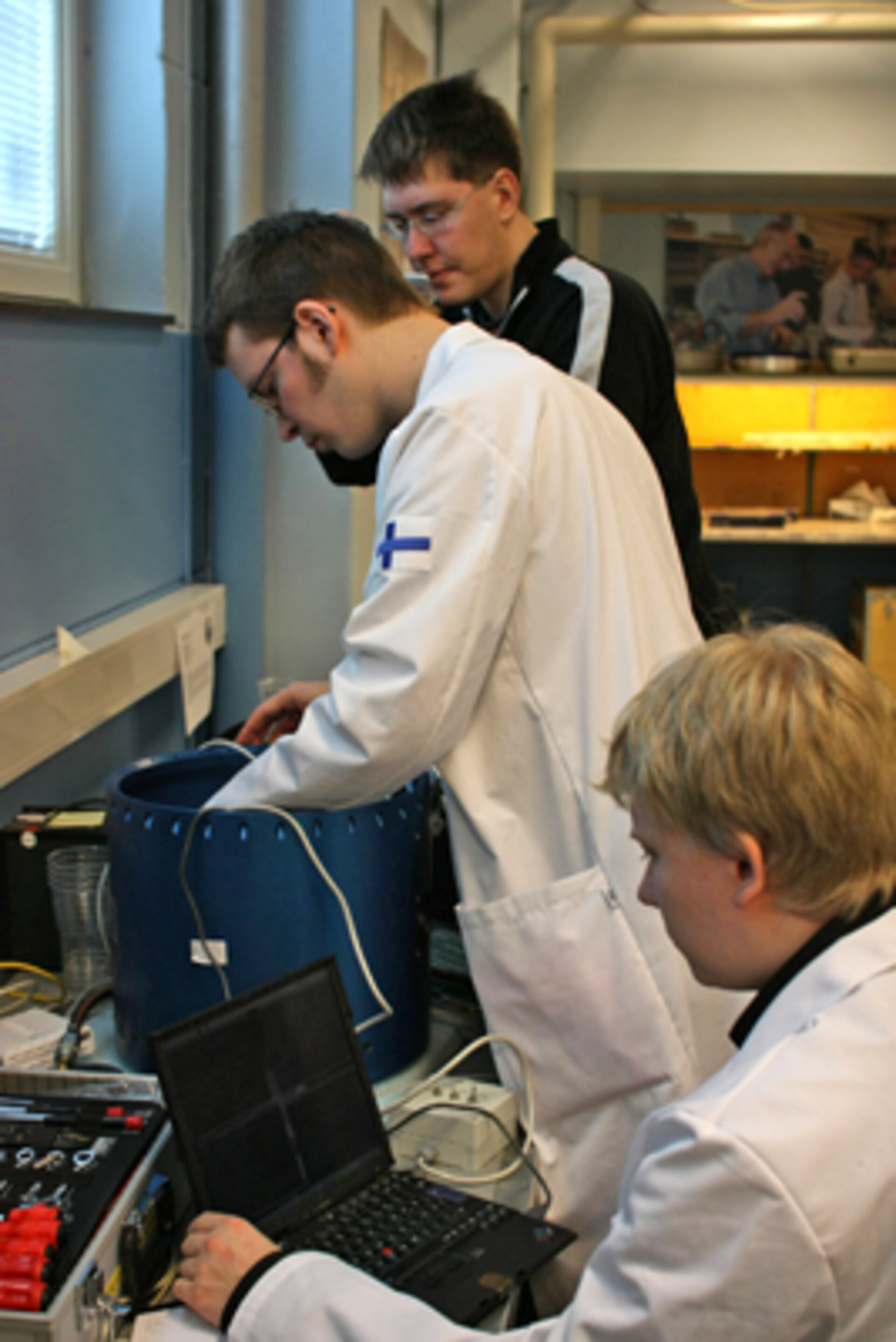 The latest campaign for Rocket-borne EXperiments for University Students, or REXUS, was kicked off on 3 March as students arrived at the Esrange Space Centre in Kiruna, Sweden. The goal is for Rexus-5 to lift off on 10 March 2009 with Rexus-6 following as soon as possible.

Nordic ionospheric sounding rocket seeding experiment (NISSE) - University of Bergen, Norway, the University of Oulu, Finland, and the Finnish Meteorological Institute.
The NISSE experiment will release 11 kilos of water at an altitude of 95 km. Changes in the distribution of ions in the ionosphere where the experiment will release the water will influence the local environment. These changes will be tracked and analysed by the EISCAT radar outside Kiruna. The goal of the experiment is to understand better how the ionosphere works.

Itikka - Castor Space Club from the Technical University of Tampere, Finland.
Itikka will test an inertial measurement unit destined for a future sounding rocket project, Supikoira. The team will analyse the function of the prototype unit in the high acceleration, high angular velocity and high vibration environment to learn what their rocket will experience on its own flight. Itikka’s payload includes a camera to capture pictures of the Earth from high altitude. These will be the first Finnish images taken from space.

Vibration effects on biphasic fluids (VIB-BIP) - Universitat Politecnica de Catalunya, Spain.
The VIB-BIP experiment will study the vibrations in fluids containing gas bubbles, the so called biphasic fluids, in low gravity. The team hopes the results will point to new applications of biphasic fluids both in space and for more Earth-bound uses.

The REXUS rocket can carry 30 kg of experimental equipment to an altitude of 100 kilometres, an altitude commonly defined as the edge of space. The flight lasts seven minutes. The rocket is six meters long and weighs 500 kg. It can reach a speed of more than 1 200 m/s and can reach its maximum altitude in less than three minutes. The engine will burn out at an altitude of 20 km and the rocket will continue to rise coasting. Each flight carries a payload consisting solely of students experiments. Half of the overall payload is available to German students through a DLR announcement of opportunity, while the other half is open to students from all other ESA Member States and Co-operating States by the Swedish National Space Board (SNBS) through collaboration with ESA's Education Office.

Esrange is the Swedish Space Corporation's space centre located in northern Sweden, 45 km from the town of Kiruna. Surrounded by a sparsely populated area, Esrange is ideal for launching sounding rockets. More than 500 sounding rockets have been launched from the Esrange Space Center, making it one of the world's leading launch facilities.