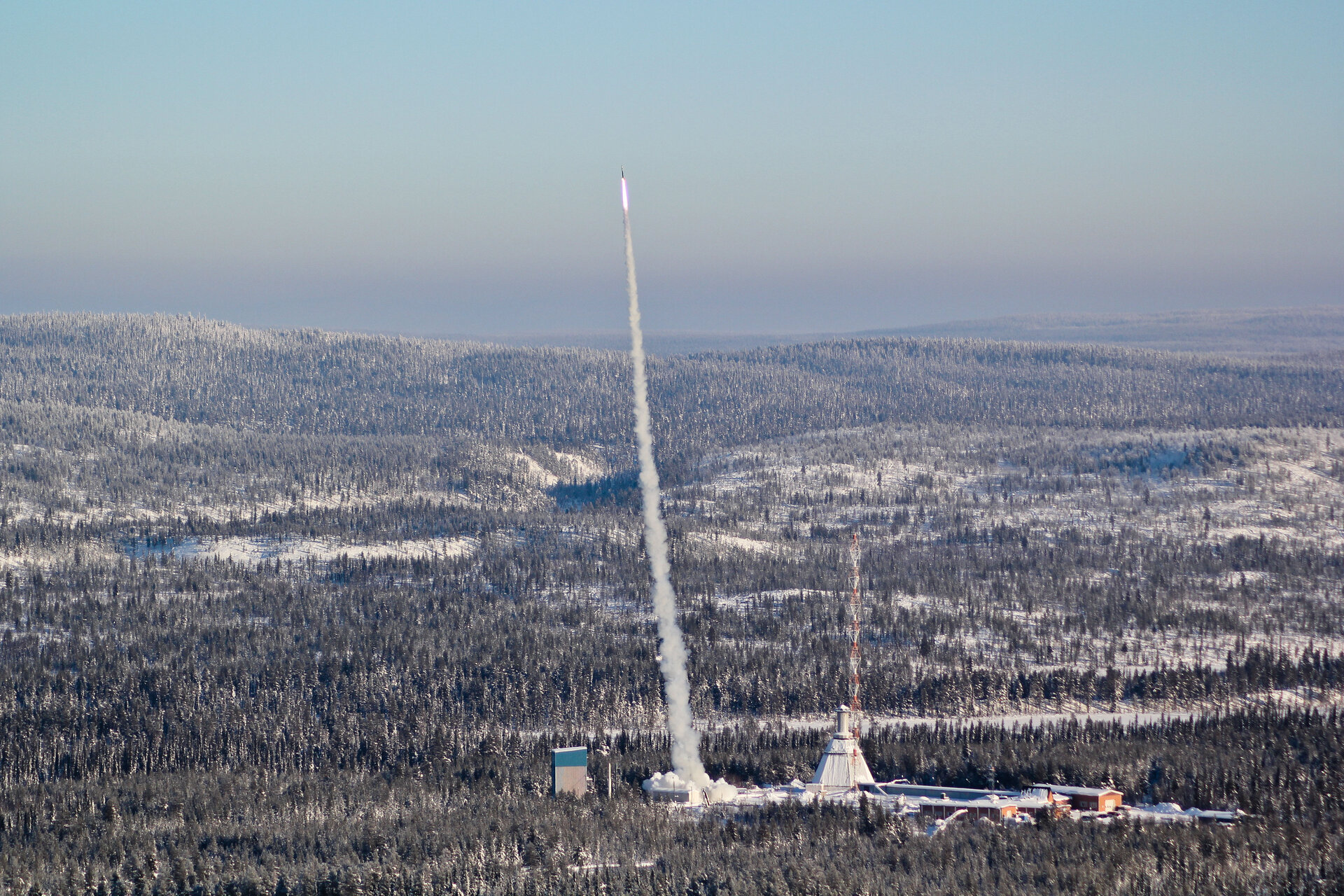 The latest launches in the REXUS (Rocket EXperiments for University Students) series of suborbital flights have been successfully completed at the Esrange Space Centre in Sweden.

Four teams were sponsored by ESA’s Education Office to fly their experiments on board the REXUS 9 and 10 sounding rockets from Esrange Space Centre at Kiruna, northern Sweden. The first launch took place at 12:50 CET on 22 February, followed by the lift off of REXUS 10 at 11:00 CET on 23 February.

Both missions went according to plan, reaching apogees of 80.6 km and 82 km during their 11 minute flights. Their payloads were recovered safely by helicopter within a couple of hours of returning to Earth. The overall performance of the students’ experiments was very impressive and some great videos were returned by the onboard cameras.

Of the eight experiments carried on the flights, four were sponsored by ESA, and four by the German Aerospace Centre (DLR). The ESA-supported experiments on board REXUS 9 were Telescobe (Demonstration of a new telescopic boom system) and SPONGE (Sounding rocket Propellant OrieNtation microGravity Experiment).

Telescobe, which was developed by the Dublin Institute of Technology in Ireland, was intended to test a novel telescopic boom system. Unfortunately, the hatch in the rocket’s outer skin did not open fully, preventing deployment of the experimental boom. The team will perform further testing to analyse what happened and refine their design.

SPONGE was provided by the University of Padova & University of Padua in Italy. The experiment successfully tested the control of propellant behaviour in tanks during microgravity conditions, and good quality video images were returned. Further analysis will be required to understand why the liquid did not behave as expected.

The free-flying unit of SQUID, which was designed to deploy four wire booms fitted with metal spheres, was successfully ejected from the rocket. The team from the KTH (Royal Institute of Technology) in Stockholm, Sweden, received telemetry throughout its descent, parachute deployment and landing. Further analysis of the data will be needed to confirm that the wire booms deployed and retracted correctly.

M-BEAM was designed by students from the Higher Technical College of Electronics in Moessingerstrasse, Austria. Their experiment used a brushless DC motor to test a magnetic bearing system that might one day replace the grease-bearing systems that are currently used in the reaction wheels of satellites. The experiment performed well and returned excellent data.

“We have learned how a real space project is driven from start to finish, and also built up an international network of fellow students from all over Europe,” said Gustav Casselbrant, a member of the SQUID team.

Four student teams have already been selected by ESA (and another five by DLR) for the 2012 REXUS flight campaign. They passed their Preliminary Design Reviews in early February.

The REXUS/BEXUS programme is realised under a bilateral Agency Agreement between the German Aerospace Centre (DLR) and the Swedish National Space Board (SNSB). The Swedish share of the payload is made available to students from other European countries through a collaboration with ESA.

EuroLaunch, a collaboration between the Esrange Space Center of the Swedish Space Corporation (SSC) and the Mobile Rocket Base (MORABA) of DLR, is responsible for the campaign management and operations of the launch vehicles. Experts from ESA, SSC and DLR provide technical support to the student teams throughout the project.