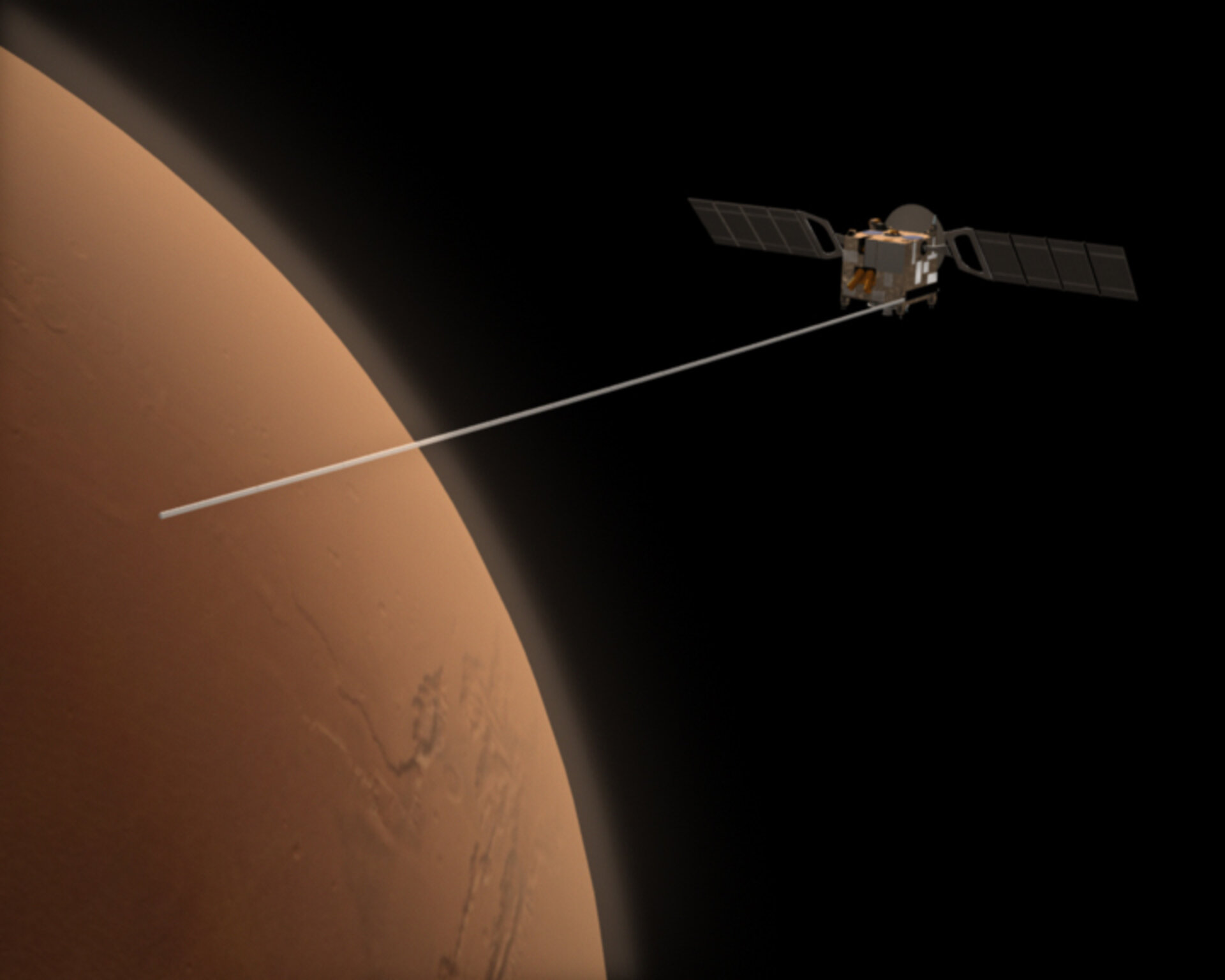 Thanks to a manoeuvre performed on 10 May 2005 at 20:20 CET, ESA flight controllers have successfully completed the deployment of the first boom of the MARSIS radar on board ESA's Mars Express spacecraft.

After the start of the deployment of the first 20-metre boom on 4 May, analysis by flight controllers at ESA’s European Space Operations Centre, Darmstadt, Germany, had shown that although 12 out of the 13 boom segments were in place, one of the outermost segments, possibly No. 10, had deployed but was not locked into position.

Deployment of the second (20 m) and third (7 m) booms was suspended pending a full analysis and assessment of the situation.

As prolonged storage in the cold conditions of outer space could affect the fibreglass and Kevlar material of the boom, the mission team decided to ‘slew’ (or swing) the 680 kg spacecraft so that the Sun would heat the cold side of the boom. It was hoped that as the cold side expanded in the heat, it would force the unlocked segment into place.

After an hour, Mars Express was pointed back to Earth, and contact re-established at 04:50 CET on 11 May. A detailed analysis of the data received showed that all segments had successfully locked and Boom 1 was fully deployed.

The operations to deploy the remaining two booms could be resumed in a few weeks, after a thorough analysis and investigation of the Boom 1 deployment characteristics.

The Mars Express Sub-Surface Sounding Radar Altimeter (MARSIS) experiment is to map the Martian sub-surface structure to a depth of a few kilometres. The instrument's 40-metre long antenna booms will send low frequency radio waves towards the planet, which will be reflected from any surface they encounter.

MARSIS is one of the seven science experiments carried on board Mars Express, one of the most successful missions ever flown to the Red Planet. Mars Express was launched on 2 June 2003 and entered Mars orbit in December 2003.