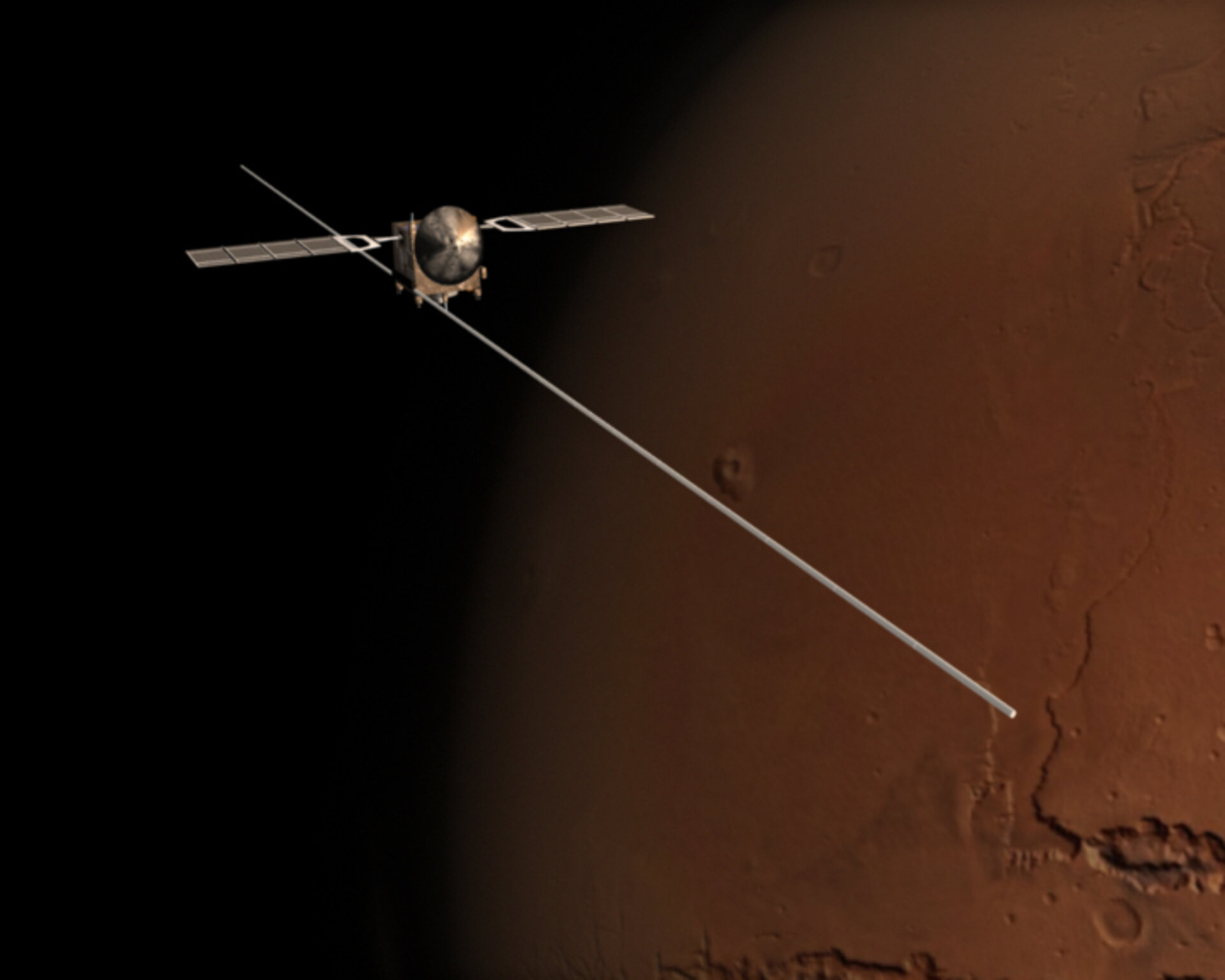 The second 20-metre antenna boom of the MARSIS instrument on board Mars Express was successfully – and smoothly – deployed, confirmed today by the ground team at ESA’s European Space Operations Centre.

Shortly before the deployment started, Mars Express was set into a slow rotation to last 30 minutes during and after the boom extension. This rotation allowed all the boom’s hinges to be properly heated by the Sun.

Just after, an autonomous manoeuvre oriented the spacecraft towards the Sun, to have the spacecraft recharge its batteries and for a further heating of the hinges.

A first positive sign reached ground in the afternoon of 14 June, at 16:20 CEST, when Mars Express was able to properly re-orient itself and point towards Earth to transmit data.

The data received in the following hours confirmed that the initial spacecraft behaviour was consistent with two fully and correctly deployed booms and that the deployment had not induced disturbance frequencies that may have been dangerous for the spacecraft.

A series of tests during the following 48 hours was necessary to verify that the long boom was successfully locked and that the deployment did not affect the integrity of the spacecraft systems.

The complete success of the operation was announced today at 14:00 CEST, when the ground team had completed all tests on the spacecraft systems. This confirmed that the spacecraft is in optimal shape and under control, with the second MARSIS boom straight and locked into the correct position.

With the two MARSIS 20-metre radar booms fully deployed, Mars Express is already in principle capable of ‘looking’ beneath the Martian surface, and also studying its ionosphere (the upper atmosphere). The third 7-metre ‘monopole’ boom, to be deployed perpendicularly to the first two booms, will be used to correct some surface roughness effects on the radio waves emitted by MARSIS and reflected by the surface.

The third boom deployment, not considered critical because of its orientation and shorter length, will take place on 17 June 2005. It will be followed by further tests on the spacecraft and the MARSIS instrument for a few more days.

The radar, with its long booms, will allow Mars Express to continue its search for water on Mars. By night, it will be used to make soundings for water below the surface. By day, it will probe the structure of the ionosphere.

Jean-Jacques Dordain, ESA Director General, said: "This is a great success following some tense moments and careful judgements. The result shows the power of the teamwork between ESA, European industry and ESA's partners in the scientific community in Europe and elsewhere."