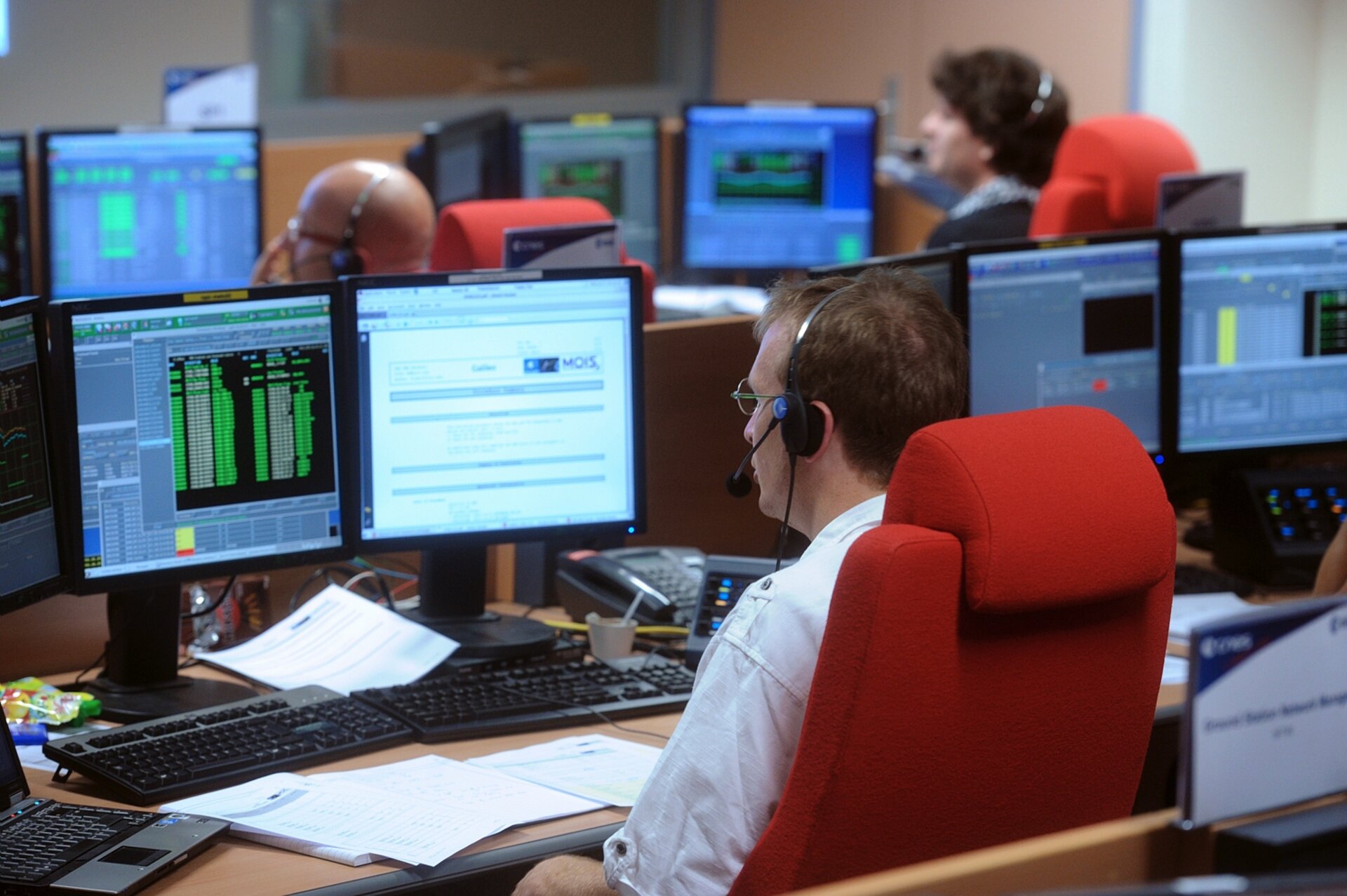 On 20 October, the first two Galileo In-Orbit Validation satellites will start their missions just moments after separating from the Fregat upper stage of their Soyuz launcher.

As with any satellite, separation marks the start of the critical Launch and Early Orbit Phase (LEOP), when the spacecraft must carry out a series of automated and, later, commanded actions — including deployment of the solar arrays to obtain power, the switching on of communications and other systems and the setting of initial configurations.

Everything must take place at the right time and in the correct sequence.

This crucial LEOP period, expected to last about seven days, will be overseen by a tightly integrated team of mission operations specialists drawn from ESA and the French space agency, CNES. These engineers have a wealth of experience in areas such as mission control, on board systems, flight dynamics and telecommunications.

"We started joint training in 2009, and we have worked together smoothly ever since."

For launch of the first two Galileo satellites, the joint LEOP team will work at CNES' Centre Spatial de Toulouse from a dedicated control room that provides data links to the ground stations and networks that will communicate with the satellites in orbit.

The Toulouse centre is home to another highly successful joint ESA/CNES team – the mission operations team for the Automated Transfer Vehicle (ATV)-series of missions to the International Space Station (ISS).

For later launches of the 30-satellite constellation, the Galileo LEOP team will alternate their work location between Toulouse and ESOC, ESA's Space Operations Centre, Darmstadt, Germany, so as to share the intensive LEOP workload.

"During LEOP, the control room is staffed 24 hours per day. And we rely on support from a wide range of specialist teams at each centre, in areas like ground station scheduling, software maintenance, flight dynamics and networks, so it makes sense for the core team to alternate between the two locations," says Head.

On 20 October, the LEOP team will follow Soyuz launch progress closely during the countdown, providing a GO/NO-GO confirmation to the launcher control centre in Kourou.

Liftoff is set for 10:34 GMT (12:34 CEST), and separation will take place some 3.5 hours later, marking the start of intense activity in the Toulouse control room.

"We'll be most concentrated while waiting for the ground stations at Dongarra, Australia, and Kerguelen to acquire the first signals from the satellites," says Nigel.

"Establishing contact is the absolutely crucial first step in our LEOP week."

Up above, the satellites will use their attitude control systems to orient themselves to Sun-pointing mode and will autonomously deploy their solar wings, with the team closely monitoring and ready to intervene should problems occur during this automated sequence.

Once this is achieved, about 70 minutes after separation, the team will breathe a bit easier as they start implementing the full range of switch-on and verification activities.

Routine operations in Oberpfaffenhofen and Fucino

Once LEOP ends, the satellites will be handed over to the Oberpfaffenhofen Galileo Control Centre near Munich, operated by the DLR German Aerospace Center, which will be responsible for routine operations. Operating the satellite payloads to provide navigation services will be the task of the Fucino Control Centre, near Rome, operated by Telespazio.

"Mission control specialists from ESA and CNES have worked together for several years on ATV operations," says Claude Audouy of CNES, responsible for Galileo operations at Toulouse.

"Now, we're working together on Galileo and despite the cultural and operational usage differences, it's really just one team, with years of experience from both sides."

"This joint CNES/ESOC Team embodies the extremely tight integration between the engineers from our two agencies," says Manfred Warhaut, ESA's Head of Mission Operations. "I am very proud of their training, teamwork and dedication, combining the best of satellite operations expertise from CNES and ESA to support Galileo launches."