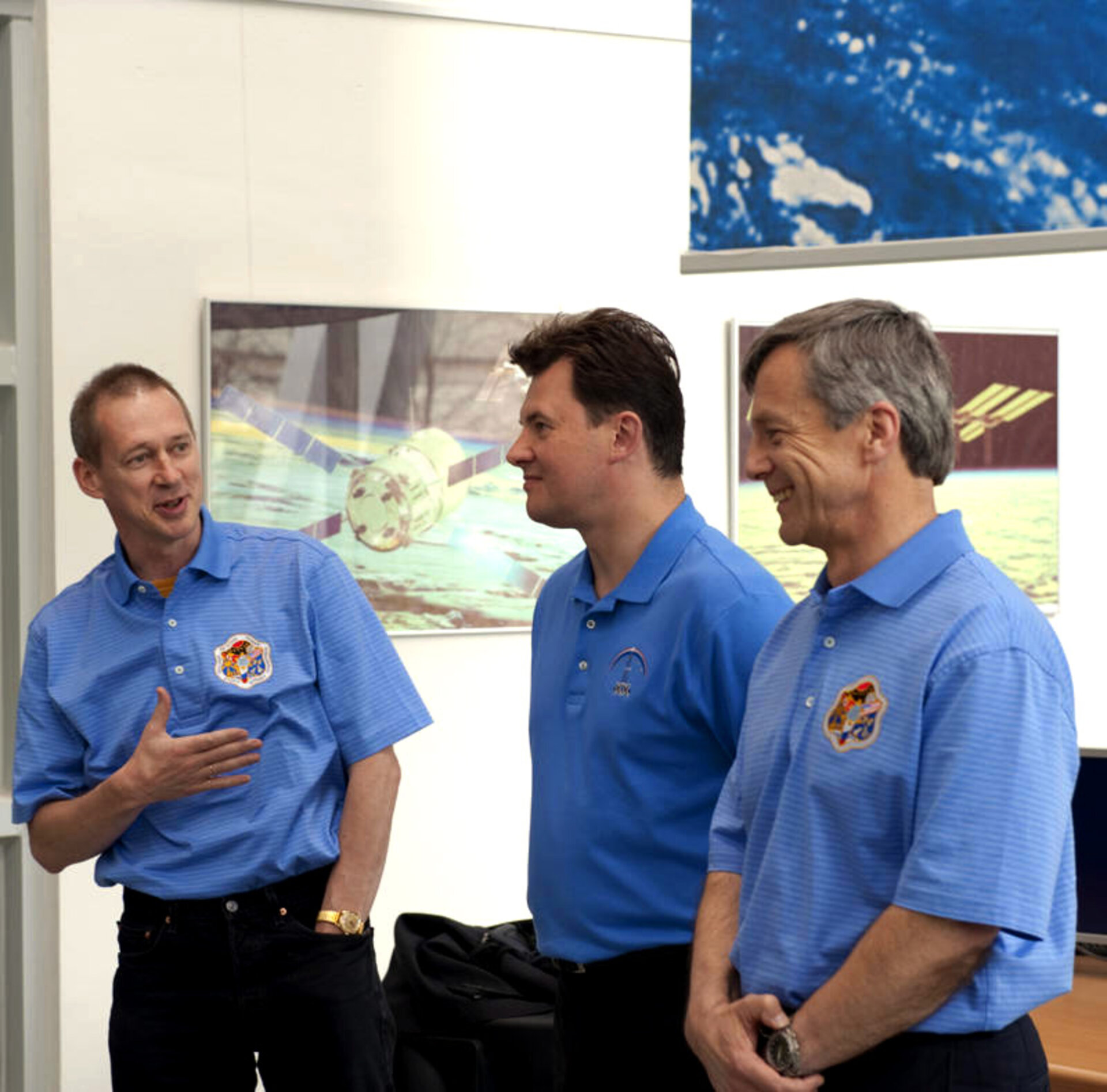 As the heart of European International Space Station (ISS) operations, the Columbus Control Centre (Col-CC) and its staff supported the OasISS mission throughout the six months, making sure that astronauts working in Columbus had a safe and comfortable environment and that the experiment facilities functioned properly.

"Our successful mission could not have happened without your 24-hour help and support. The quality of the support from Col-CC and from each of you made it happen," said Bob Thirsk, the Canadian Space Agency astronaut, who flew with his two colleagues from 27 May to 1 December 2009.

"We conducted over 1000 hours of science and around 100 experiments. As a crew of six, we always felt we were part of your team," he added.

Reinhold Ewald, Head of the Flight Operations Division at Col-CC, underlined four 'firsts' achieved during De Winne's mission: "The arrival of De Winne and the other two members - with the other three crewmembers already on the ISS - marked the arrival of the first permanent six-member ISS expedition crew."

"On 11 October, Frank became the first European Commander of the ISS. Furthermore, for the first time, the five partners of the ISS – USA, Russia, Canada, Japan and ESA - were all represented in the crew of six in orbit."

"And finally, during Expedition 20-21, ESA’s Columbus lab became the most-used ISS module for science in orbit."

Jean-Christophe Grenouilleau, one of two ESA Mission Directors working during De Winne's mission, said, "It is very important for us, the flight controllers, to meet the crew after the missions because the astronauts and cosmonauts are our ears and our eyes on orbit during the flight; they bring us unique feedback that pure telemetry cannot provide."

"We continually learn about the behaviour of the Station and laboratory in space and the crew is, in many ways, instrumental in helping us learn valuable lessons."

The visit provides a unique opportunity for the crew to thank the flight controllers for their support.

"These postflight reunions are not formal, just the opposite; they show to the crew and to the ground teams that they are inseparable partners. The astronauts know that they could not succeed without the flight controllers and vice versa," said Ewald, who is himself an experienced ESA astronaut.

"The Col-CC teams need this first-hand contact with the actors in space for some recognition for the long hours spent in front of consoles and to receive feedback; even sophisticated satellites cannot provide such feedback."

For the astronauts, debriefings and postflight visits are essential because they allow constant improvement in conduct of missions and support operations.

"There is always room for improvement. Our feedback will serve support teams as well as future crews. This synergy is necessary to keep running this state-of-the-art laboratory in a smart way for 10, 15 years or more," said De Winne.

Col-CC is located at the German Aerospace Center (DLR) facility in Oberpfaffenhofen, near Munich, Germany.