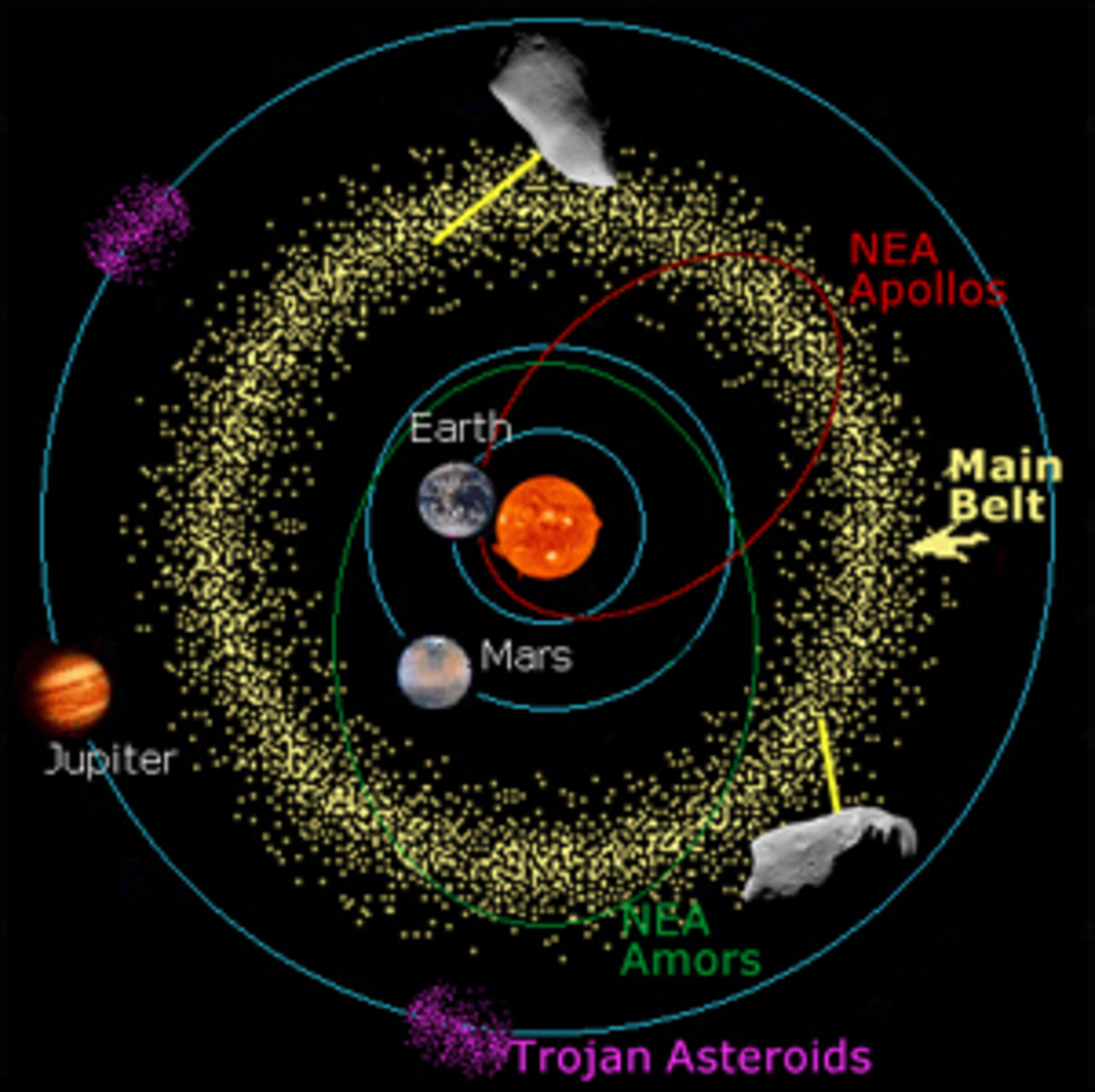 Near-Earth Objects (NEOs) are mostly asteroids – space rocks with sizes ranging between a few metres to several kilometres in diameter. Among the NEOs there also some comets, but they only account for 1% of the total population. Some of the objects, known as 'potentially hazardous objects', have orbits that bring them uncomfortably close to Earth's orbit. As a matter of fact, impacts by these cosmic bodies were numerous during the early history of our planet, and they have never completely stopped.

The most widely accepted hypothesis about the origin of the Moon points to an object about the size of Mars colliding with our planet 4400 million years ago as the main culprit. The impact would have thrown into orbit the material that led to the formation of Earth’s companion. Some more recent impacts had dramatic consequences for the evolution of life on Earth. Very often they are thought to have been the cause of mass extinctions, such as the one putting an end to the age of the dinosaurs 65 million years ago. Closer to our own time, in 1908, an air burst of an object only a few tens of metres across above Tunguska, Siberia, caused severe damage at a local scale, devastating 2000 sq km of taiga forest.

It is very likely that in the next 200–1000 years a similar impact will occur. Luckily, 20 years from now we will have a spectacular chance to witness and closely study one of these objects, when asteroid Apophis zooms past Earth only a few thousand kilometres away – more or less at the same distance as GPS and Galileo satellites circle our planet. This object will be visible to the naked eye and will thus have a huge media impact. Fortunately for us, it will not hit anything but the news, as there is no collision risk on this occasion.