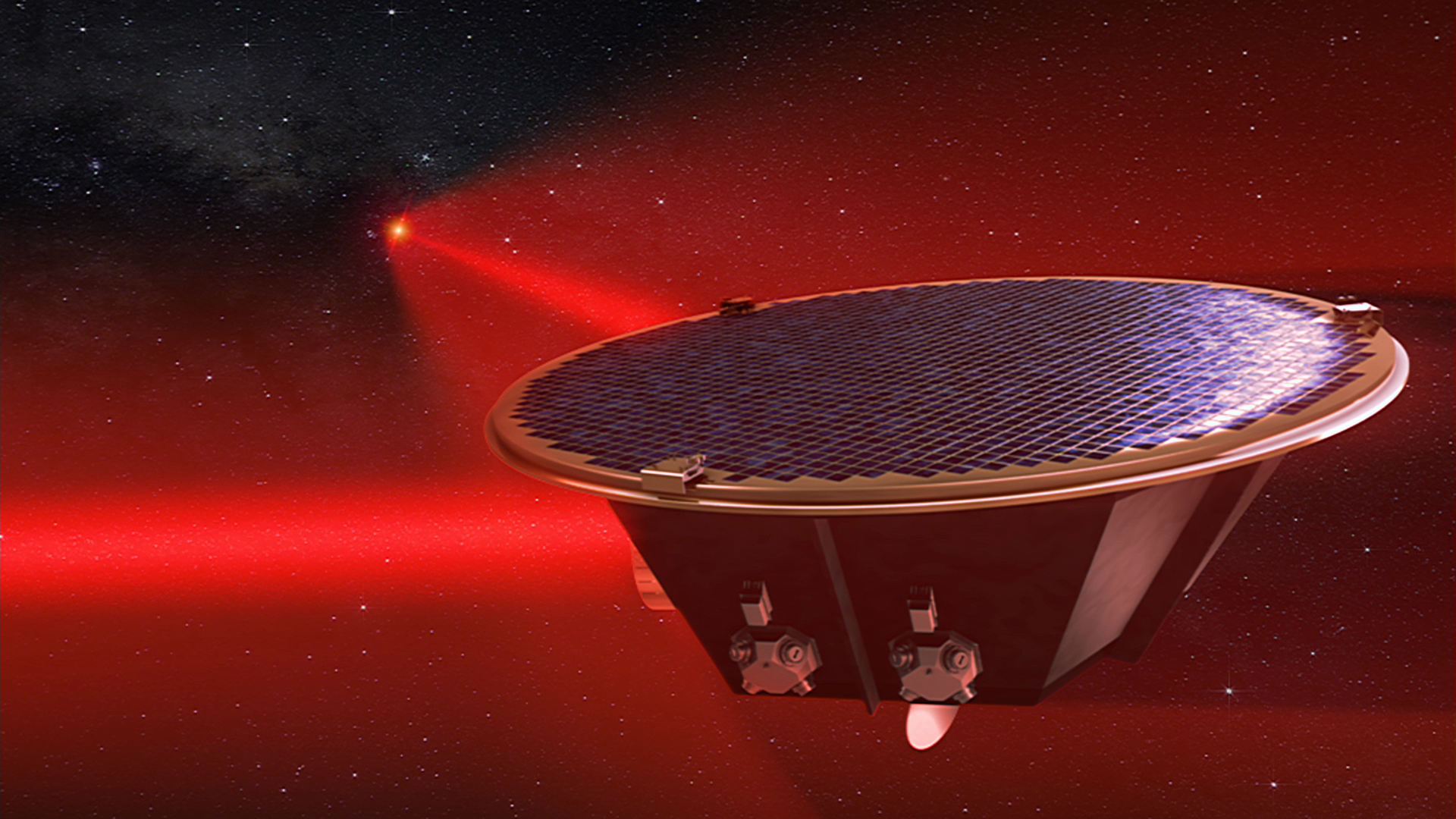 A key technical challenge of the joint ESA–NASA LISA mission has been solved: how to maintain precise pointing of a laser beam across five million km of space.

A precision-measuring method called interferometry can combine these laser beams to identify the slightest movement between free-floating metallic cubes within each spacecraft.

Motion within a set frequency range will be scrutinised to search out gravitational waves emitted by massive black holes and similarly energetic cosmic objects.

“Our research set out to solve one of LISA’s most challenging elements,” said Lucio Scolamiero, overseeing some of the LISA technology studies for ESA.

“How do we maintain the optical pathways between the spacecraft and therefore the measurement chain between them?”

Owing to the finite speed of light, it will take 16 seconds for each laser beam to cover the five million km to its receiving spacecraft.

LISA must steer the laser beam to compensate for the orbital movement of each spacecraft during this time.

In the process, the steering mirror has to remain stable down to the subatomic scale: any motion would be misinterpreted as a gravitational wave.

“That this could be achieved at all was by no means certain: to begin with, we didn’t even have available means to measure the performance of such a system,” Lucio added.

“But we received two promising proposals and decided to pursue both of them.”

The two designs were developed independently by separate industrial groups: TNO in the Netherlands and RUAG and CSEM in Switzerland.

“If one proves inadequate then we have another as backup.”

The two palm-sized designs share some elements. Both use capacitance-based sensors to measure mirror angle errors needing correction. Electrodes are spaced a very short distance apart; any shift in this distance causes a change in the electric charge running between them.

The motor to make the adjustment is based on piezoelectric ceramics similar to those found in quartz watches, which convert electric signals into movement.

These ceramics are sliced up for precision performance. TNO’s design uses ‘piezo-stacks’ while RUAG–CSEM’s employs a ‘piezo-leg’ reproducing ‘walking’ motion.

The Albert Einstein Institute in Hannover, Germany, developed an ultra-stable measuring system to validate device performance. They used laser-based interferometry – the same technique LISA will rely on – with the experiment performed inside a vacuum chamber and mounted on a bench of ZERODUR glass, all-but immune to temperature-driven distortion.

“Both developments are fully compliant to our extreme performance requirements,” Lucio concluded. A decision on which version to fly will be taken later during LISA's implementation phase.

A single-satellite precursor, LISA Pathfinder, will be launched in 2013 to flight-validate key technologies for the full LISA mission, a large-mission candidate in ESA's Cosmic Vision programme.