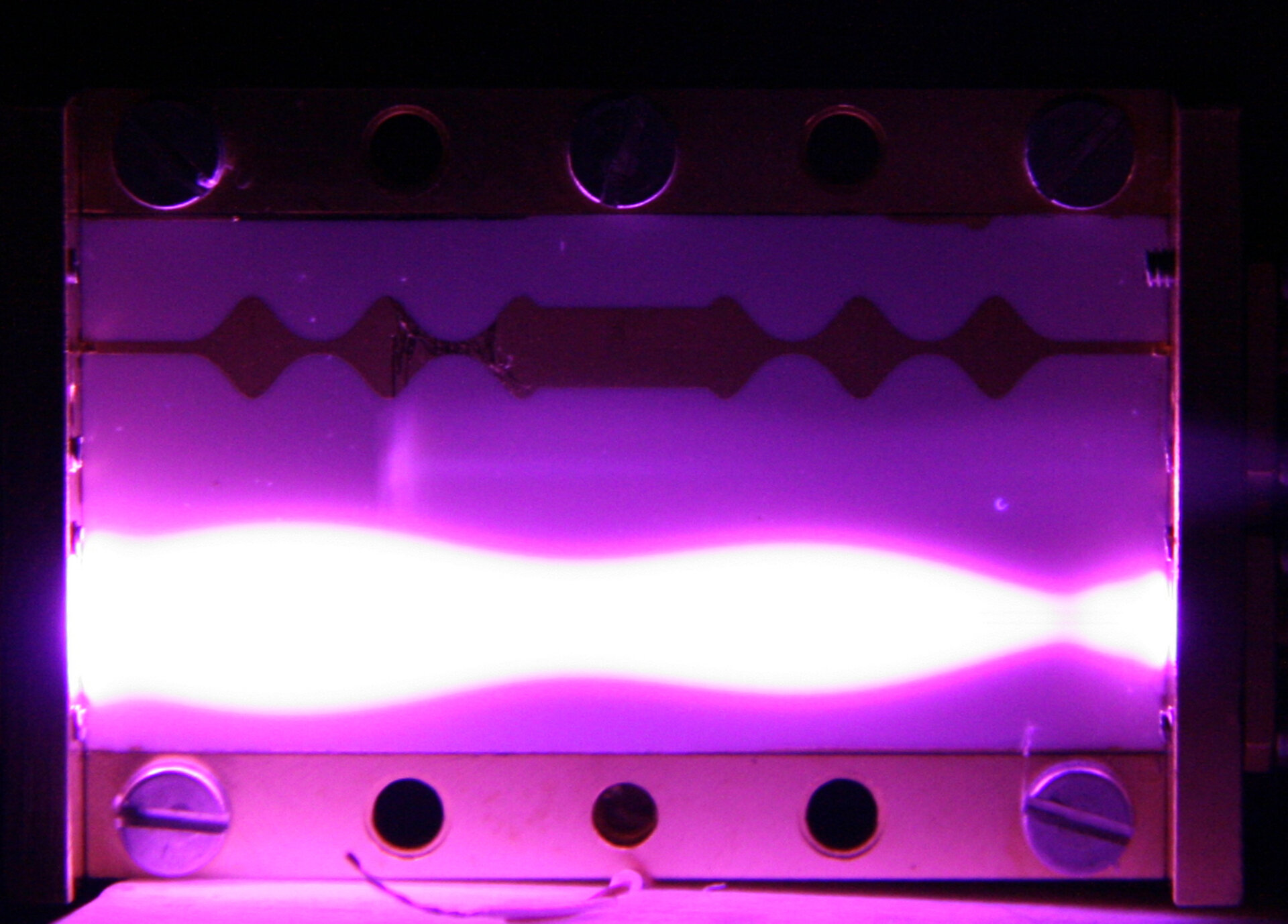 Powerful radio systems allow satellites to communicate across the immensity of space, relay signals and services, or probe Earth or other planets using radar. But operating these high-power devices in the emptiness of vacuum leaves them open to potentially destructive hazards – including the space equivalent of lightning. ESA’s laboratory tasked with investigating these effects is marking its first decade in its current location.

The ESA-VSC European High Power Radio Frequency (RF) Laboratory in Valencia, Spain, is a laboratory in ESA’s RF Payload and Technologies Division, one of a network of ESA labs across Europe, each specialised in different aspects of the space environment.

“As time goes on satellites are requiring more and more radio frequency power for communications or science,” says David Raboso, managing the lab for ESA. “Our lab ensures that the most powerful RF systems, operating in the kilowatt power range, can run safely in space, avoiding the destructive side-effects prone to occur in vacuum.”

The lab was originally set up at ESA’s ESTEC technical centre in the Netherlands, serving the needs of the first generation of European radar satellites. But for the last 10 years it has been based in Spain, jointly owned and operated with the Valencia Space Consortium (VSC) – a non-profit organisation set up by Valencia’s two universities, its regional government and municipality.

“Following the move, we have worked with hundreds of ESA and commercial missions, while also increasing our associated R&D activities,” adds David.

“That includes research projects with our partner institutions, as well as recruiting trainees from universities across Europe. Our success has been such that ESA and the VSC have gone on to found an additional facility, the High-Power Space Materials Laboratory, looking into the associated challenges for materials thrown up by high-power RF operations.”

“Every day sees humanity more victorious in the struggle with space and time,” radio pioneer Guglielmo Marconi once remarked – and radio has certainly proved an essential element of space exploration.

At the same time, operating powerful RF systems in the emptiness of vacuum can be fraught with problems.

Strong RF energy can generate avalanches of secondary electron emission, resulting in RF breakdown, through what is known as the 'multipactor' effect. Similarly, small amounts of surrounding gases can be ionised into glowing ‘corona’, possibly causing localised heating or lightning-like electrical discharges. Powerful emissions may also cause ‘passive intermodulation’ interference with other, adjacent antennas.

These destructive, potentially mission-ending effects grow more and more likely as RF power increases. So the Lab has played a vital part in perfecting the satellites of the Galileo constellation for instance, designed to bath the entire planet continuously in precision navigation signals.

For BepiColombo it ensured the spacecraft’s RF antenna would continue to operate in the 400°C temperatures prevailing in Mercury orbit and qualified the operation of the giant antenna aboard the Alphasat telecommunication satellite.

In the case of the Copernicus Sentinels, the Lab tackled corona discharges occurring in transmit receive modules. For the MetOp polar weather satellite, it enabled its scatterometer – sending down radio pulses to measure the sea surface and surface winds – while for the geostationary Meteosat family of weather satellites it qualified key components.

Other work has proceeded on missions yet to fly, including qualifying the myriad P-band radar sensors that the Biomass mission will use to pierce forest canopies and count all the trees on Earth. For 2022’s ExoMars rover the Lab worked to test that its communications system would work safely in the scanty Martian atmosphere.

“Some of the most challenging work we do comes in the form of anomaly investigation,” adds David, “where we turn detective to try and understand unexpected effects encountered in space.

“For instance, when ESA’s Automated Transfer Vehicle (ATV) space truck closed in on the International Space Station its systems encountered RF interference. At first we simply didn’t understand where it was coming from. Finally its source was traced to RF signals from the iPads and routers that crewmen were using, passing through the modules towards the ATV when docking. Then once we understood it, we could mitigate it by simply requesting NASA a frequency shift in the router.

“We have the capacity to react to respond to mission emergencies all over Europe, by investigating and mitigating the source of malfunctions aboard satellites in flight. Our users know this well – they call us the RF fire brigade.”

Both the High Power Laboratory and High-Power Space Materials Laboratory are open to all types of aerospace companies as well as governments and research organisations. They operate on a non-profit basis, with revenues used to cover operating costs and invested into improved facilities.