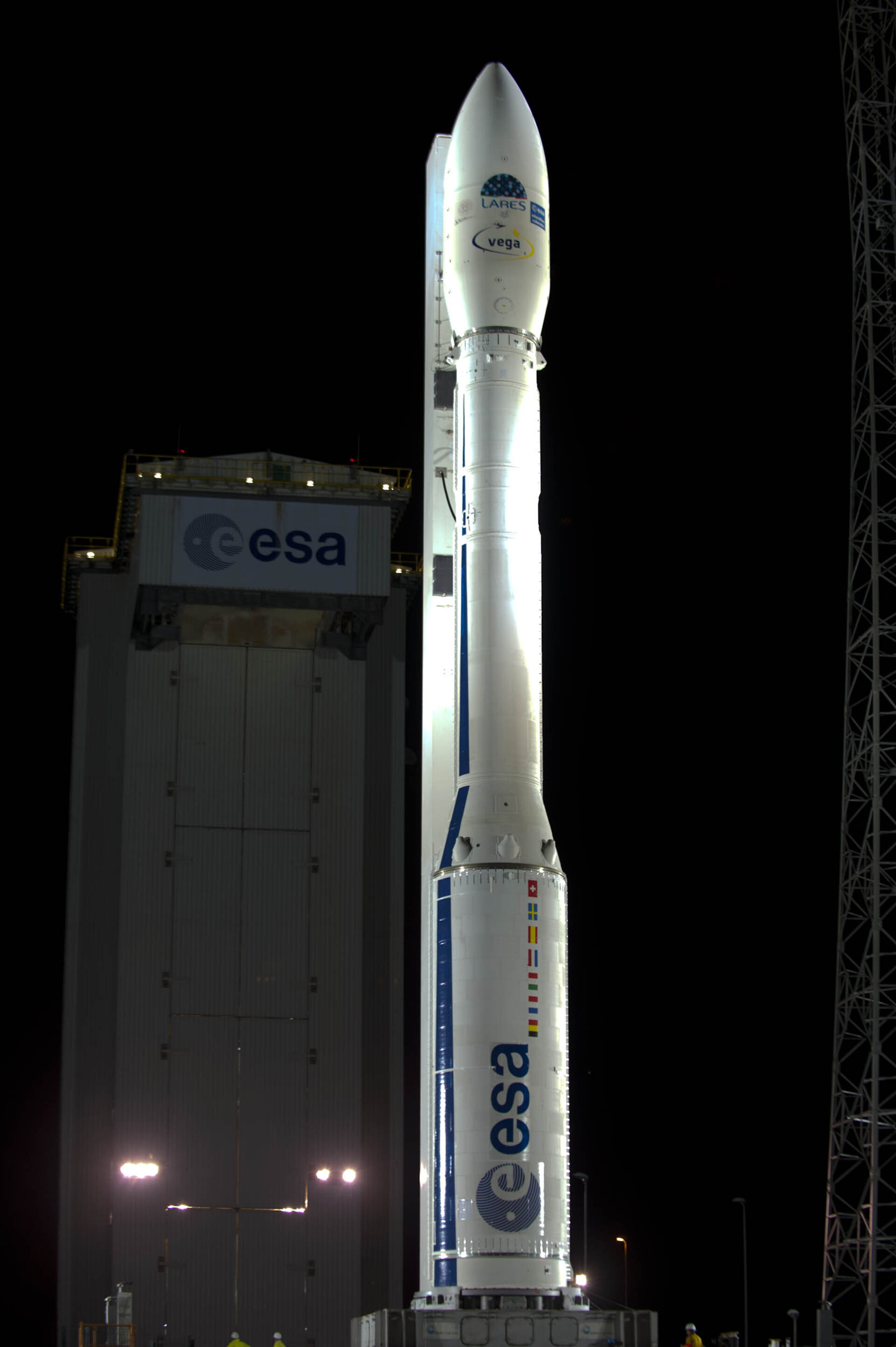 Join us for the first qualification flight of the Vega launch vehicle on Monday 13 February, with a launch window open from 11:00 to 14:00 CET (10:00 to 13:00 GMT). Vega will lift off from Europe's Spaceport in Kourou, French Guiana, to release nine satellites into orbit and add a new capability to Europe's fleet of launch systems. Live transmission starts at 10:40 CET.

The mission is intended to qualify the overall Vega system, including the vehicle itself, its launch infrastructure and the operations, from the launch campaign to the payload separation and safe disposal of the upper stage.