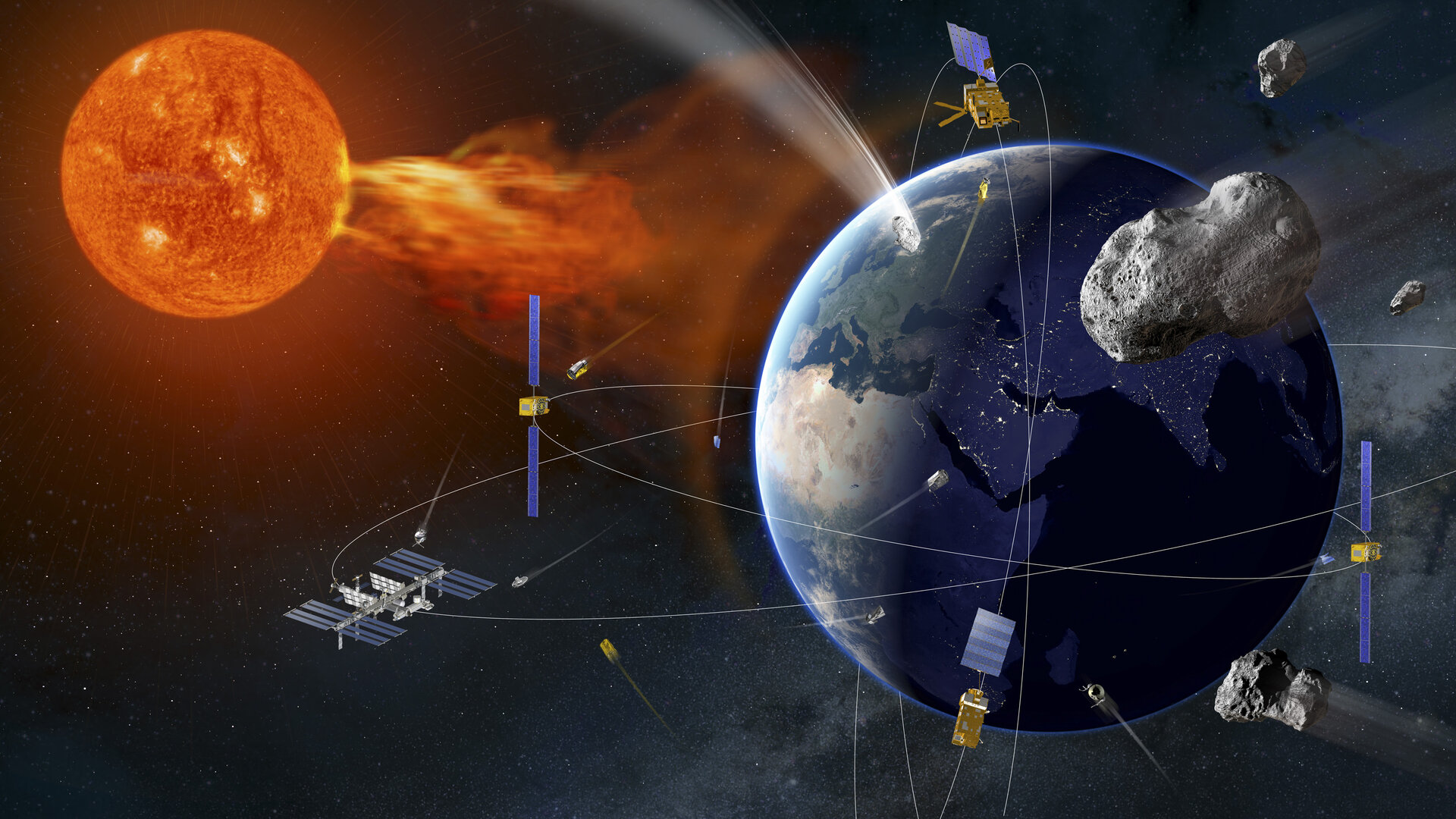 This year’s Asteroid Day is expanding. The annual commemoration of the largest asteroid impact in recorded history on 30 June is being preceded by plentiful digital video content, including programming by ESA, highlighting our work studying, surveying and safeguarding against asteroids.

Asteroids have influenced Earth’s development, as seen by the millions of impact craters scarring our world. They are also a promising source of future resources and – last but not least – they pose a proven threat to Earth and human civilisation.

On 30 June 1908, the Tunguska impact felled many millions of trees across 2200 sq km of Siberian territory, only a few hours of Earth rotation away from Europe – the results would have been disastrous over a populated area.

Under the Agency’s Space Safety Programme, which received an important boost in funding at the Space19+ Ministerial Council in November 2019, ESA is taking action as part of an international effort to mitigate the asteroid risk.

ESA’s goal is to coordinate Europe’s part of a global planetary defence effort, aimed at detecting, studying and following asteroids, predicting if and when they might hit and taking mitigation action if needed.

ESA came face-to-face with its first asteroid in September 2008, when the Rosetta comet chaser performed a flyby of the 5 km ‘diamond-shaped’ Šteins asteroid. A second close encounter took place in 2010, as Rosetta passed the mammoth 100 km Lutetia – some 250 times bigger than Rosetta’s final target, Comet 67P/Churyumov–Gerasimenko.

These bodies both reside in the Asteroid Belt, a safe distance away. ESA, however, also performs detection and analysis of asteroids whose orbits bring them close to Earth, known as near-Earth objects (NEOs). There are an estimated 40 000 000 NEOs out there larger than 10 m – the rough threshold above which damage on the ground could happen.

As part of its space safety activities, ESA coordinates observatories and astronomers worldwide through its NEO Coordination Centre, located at ESA’s ESRIN facility in Italy. Here, astronomers, dynamicists and other experts assess newly reported asteroid observations, accurately compute their orbits and perform sophisticated risk analysis to predict if an NEO might cause any threat to Earth, and if so, when.

ESA performs its own long-running NEO observations from various sites including our Optical Ground Station telescope on the volcanic slopes of Tenerife. ESA carries out follow-up tracking of potentially dangerous objects using facilities around the globe, including a collaboration with the European Southern Observatory’s Very Large Telescope.

Building on this experience, ESA is developing a new type of automated telescope for nightly sky surveys. This ‘Flyeye’ telescope splits its image into 16 smaller subimages to expand the field of view, similar to the technique exploited by a fly’s compound eye.

The first Flyeye telescope will be installed atop the 1865 m Monte Mufara in Sicily by 2022; the same island where the very first asteroid was discovered back in 1801. The next step will be a network of these Flyeye telescopes around the globe, which would completely scan the sky and automatically identify possible NEOs for follow up and later checking by human researchers.

So what happens if a potentially dangerous asteroid is identified? ESA is participating in an international collaboration to answer that question. Next year will see the launch of NASA’s Double Asteroid Redirection Test mission, which in 2022 will collide with the smaller of the Didymos asteroid pair to shift its orbit.

Next, ESA’s 2024-launched Hera spacecraft will perform a close-up survey of the post-impact asteroid, gathering data to turn this grand experiment into a fully characterised planetary defence technique that could be tailored to particular targets, should an incoming body ever need deflecting for real.

Hera will test autonomous guidance and navigation systems in the asteroid’s low-gravity environment that should prove valuable for future asteroid mining; ESA has been studying the use of space resources from asteroids along with other planets.

The first in a new generation of miniaturised spacecraft, the suitcase-sized M-Argo CubeSat, is currently being designed with the aim of expanding scientific knowledge of asteroids to be applied to future resource exploitation missions.

ESA's Comet Interceptor mission in collaboration with JAXA, is planned to launch near the end of the decade and will wait near Earth while scientists search for a suitable, reachable long-period comet, potentially even an interstellar comet.

Following target selection, the mission will set out on an intercept course, deploying two smaller probes to perform a multi-point fly-by. The mission will give us a first look, simultaneously from three viewpoints, at a 'dynamically new' object that contains unprocessed material surviving from the dawn of the Solar System.

All segments will be broad- and webcast to the public via AsteroidDay.org, via SES Satellite and to other broadcasters via satellite and digital CDN via RTL’s Broadcasting Center Europe (BCE).

This month, ESA is celebrating the UN-recognised Asteroid Day, to inspire the world about asteroids and their role in the formation of our solar system, how we can use their resources, how asteroids can pave the way for future exploration and how we can protect our planet from asteroid impacts. More information, and a month of programming, via asteroidday.org