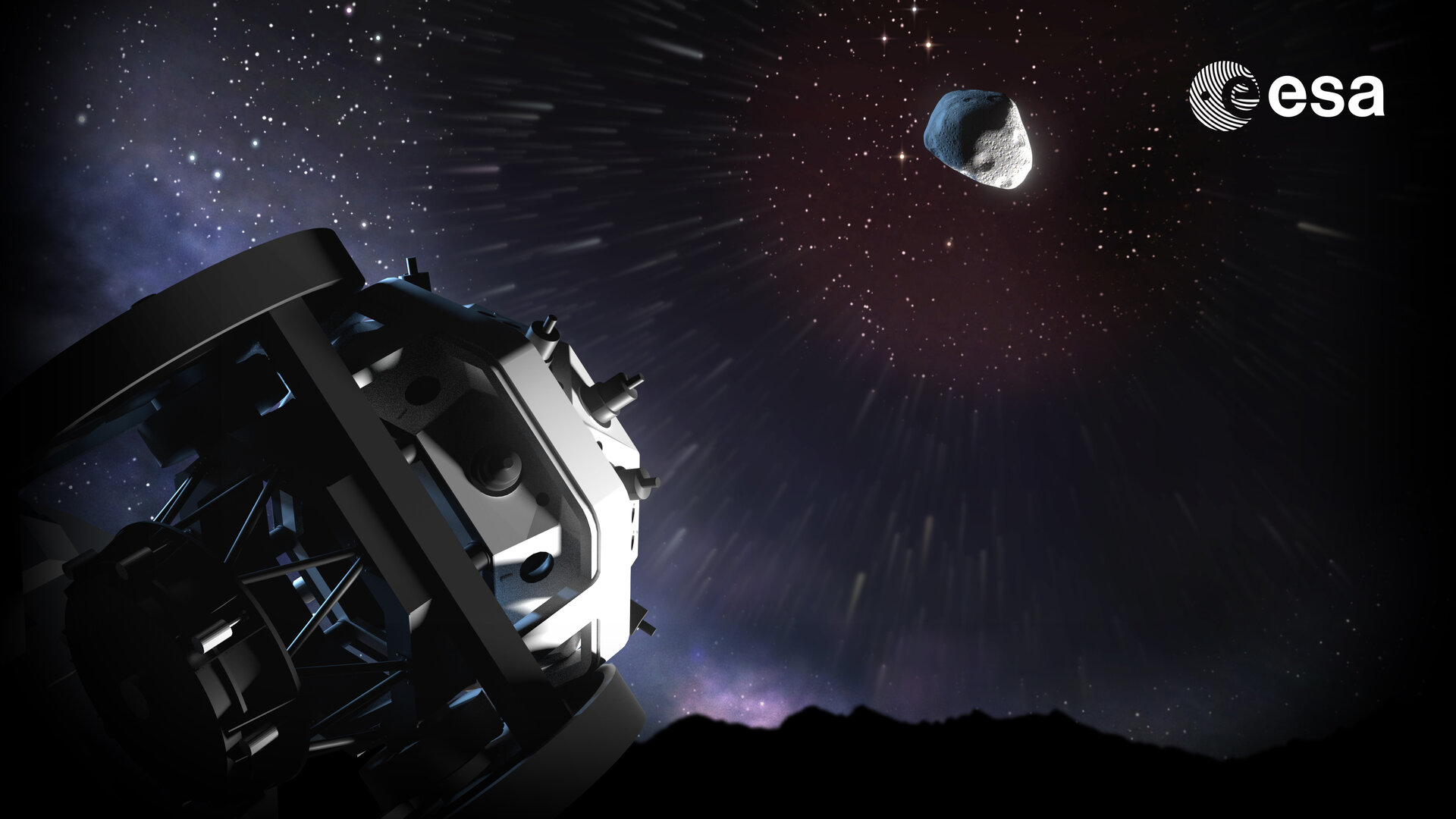 Spotting Earth-threatening asteroids is tough partly because the sky is so big. But insects offer an answer, since they figured out long ago how to look in many directions at once.

As part of the global effort to hunt out risky celestial objects such as asteroids and comets, ESA is developing an automated telescope for nightly sky surveys.

This telescope is the first in a future network that would completely scan the sky and automatically identify possible new near-Earth objects, or NEOs, for follow up and later checking by human researchers.

But a web of traditional telescopes would be complex and expensive because of the number required. Adding to the problem, the system must be able to discover objects many times fainter than the naked eye can perceive.

While no network can spot all potentially hazardous objects, under favourable conditions it should detect everything down to about 40 m in diameter at least three weeks before impact.

The answer is a new, European telescope nicknamed ‘Flyeye’ that splits the image into 16 smaller subimages to expand the field of view, similar to the technique exploited by a fly’s compound eye.

The design is modular, and allows for mass and cheaper production and lower maintenance costs. It will be used to build the prototype, to be fielded by ESA’s Space Situational Awareness (SSA) programme early next year.

“This novel technology is key to the future NEO survey network,” says Gian Maria Pinna of the SSA office.

These fly-eyed survey telescopes offer performance equivalent to a 1 m-diameter telescope, and provide a very large field of view: 6.7° x 6.7° or about 45 square degrees; 6.7° is about 13 times the diameter of the Moon as seen from the Earth.

“The new telescopes would provide the resolution necessary to determine the orbits of any detected objects,” says Gian Maria.

“If the prototype confirms the expected performance, it will pave the way to full procurement and deployment of the operational network of telescopes.”

This summer, ESA signed a contract for about €1 million with a consortium led by CGS S.p.A (Italy), comprising Creotech Instruments S.A. (Poland), SC EnviroScopY SRL (Romania) and Pro Optica S.A. (Romania) for the detailed design of the advanced telescope.

It is expected that the detailed design will be followed by several additional contracts with European companies valued at up to €10 million for building and deploying the first survey prototype telescope.

“The development of the first optical sensor specific to ESA’s NEO search and discovery activities is a fundamental step toward Europe’s contribution to safeguarding our planet from possible collisions by dangerous objects,” notes Nicolas Bobrinsky, Head of the SSA Programme.

About SSA - Near Earth Objects segment