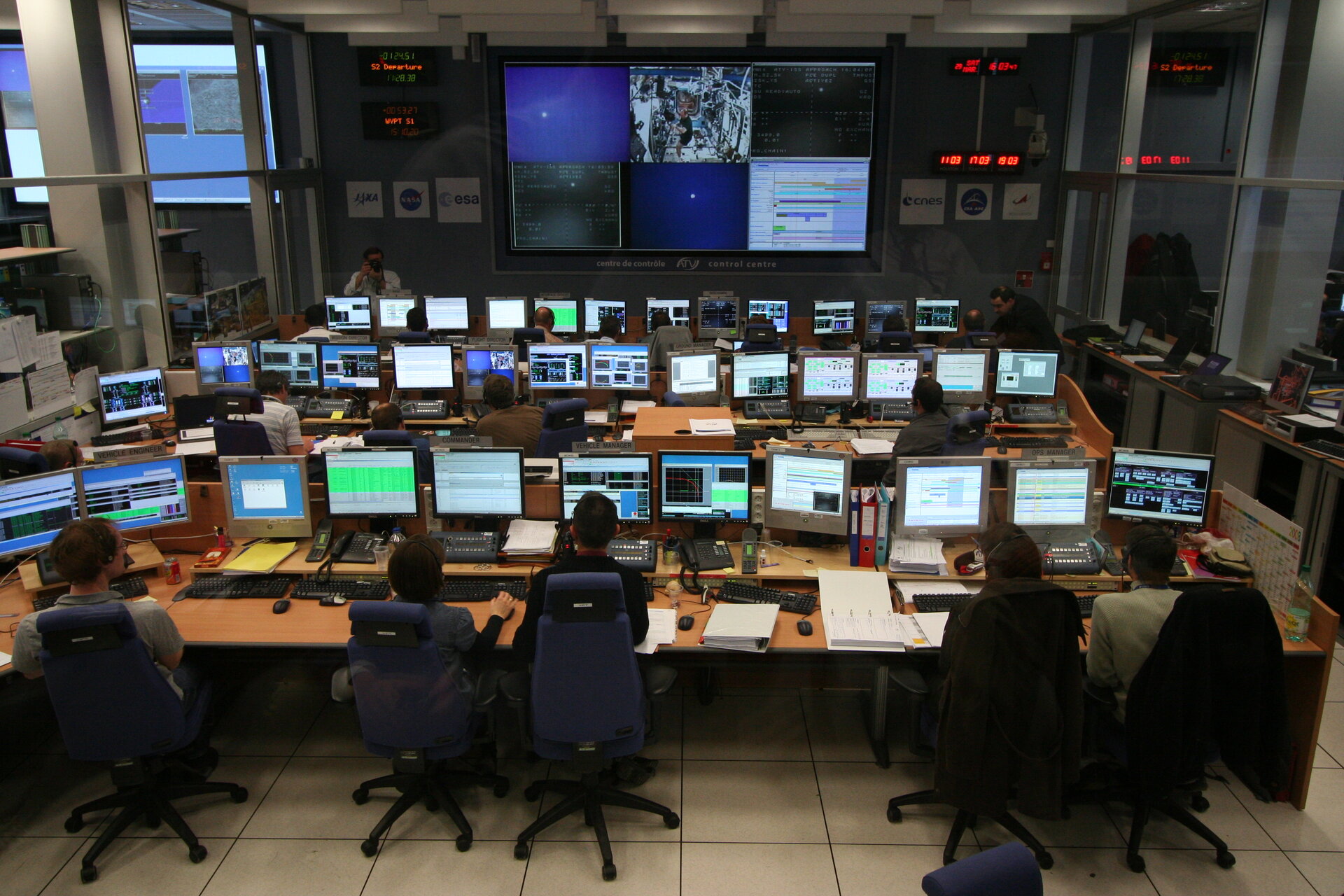 Jules Verne ATV today demonstrated its ability to navigate safely from a point 39 km behind the ISS to a stand-off point just 3.5 km away using relative GPS navigation. The vessel then executed an Escape manoeuvre commanded from the ATV Control Centre in which the craft flew off to a safe distance.

“All systems were completely nominal, which is very satisfying for this first day of really testing the rendezvous capability of the spacecraft,” said John Ellwood, ESA ATV Project Manager.

Today’s demonstration also confirmed Jules Verne is able to establish a continuous two-way data link with the ISS. Using the high-rate S-band communication link, which was switched on at a distance of 40 km from the ISS, Jules Verne for the first time conducted relative GPS (Global Positioning Satellite) measurements with the Station. Relative GPS is a navigation technique executed by computers between the ATV's GPS receiver and the ISS GPS receiver that enables ATV to navigate relative to the Station with very high accuracy.

For both the flight control team in Toulouse and the ISS flight crew, this 64 kilobits/sec transmission rate also made it possible to test all the crucial data and communication connections between the two spacecraft, including some monitoring capability on both sides to send and receive communications.

When Jules Verne reached the closest holding position, at 3.5 km from the ISS, the bus-sized spaceship turned on its external tracking lights and activated the Russian-built Kurs rendezvous radar with equipment on both spacecraft. The robust and historical Kurs system, a concept which has been used for decades, provides relative distance and velocity with independent data for the crew monitoring during Jules Verne's final approach to the Station.

During the demonstration the astronauts on board ISS reported they were able to see Jules Verne with the naked eye. The spacecraft could also be seen via screens inside the ATV Control Centre. “For the flight control team the sight of the ATV thrusters firing was particularly exciting and brought the whole thing to life,” said Bob Chesson, Head of ESA’s human spaceflight operations. “It was fantastic to be reunited with Jules Verne and to see it performing so perfectly which is very promising for the days to come.”

Data collected throughout the first demonstration day will now be analysed by the ESA JADOR (Jules Verne ATV Demonstration Objectives Report) team. A report will be submitted to the ISS Mission Management Team. After an assessment and authorisation on 30 March, ATV can proceed to Demonstration Day 2 on Monday (including an approach to within 11 m of the ISS).

“The first analysis from the JADOR are looking pretty good. We are going to spend some hours now analysing them further. We are quite confident,” said Alberto Novelli, ESA’s Mission Director at ATV-CC.