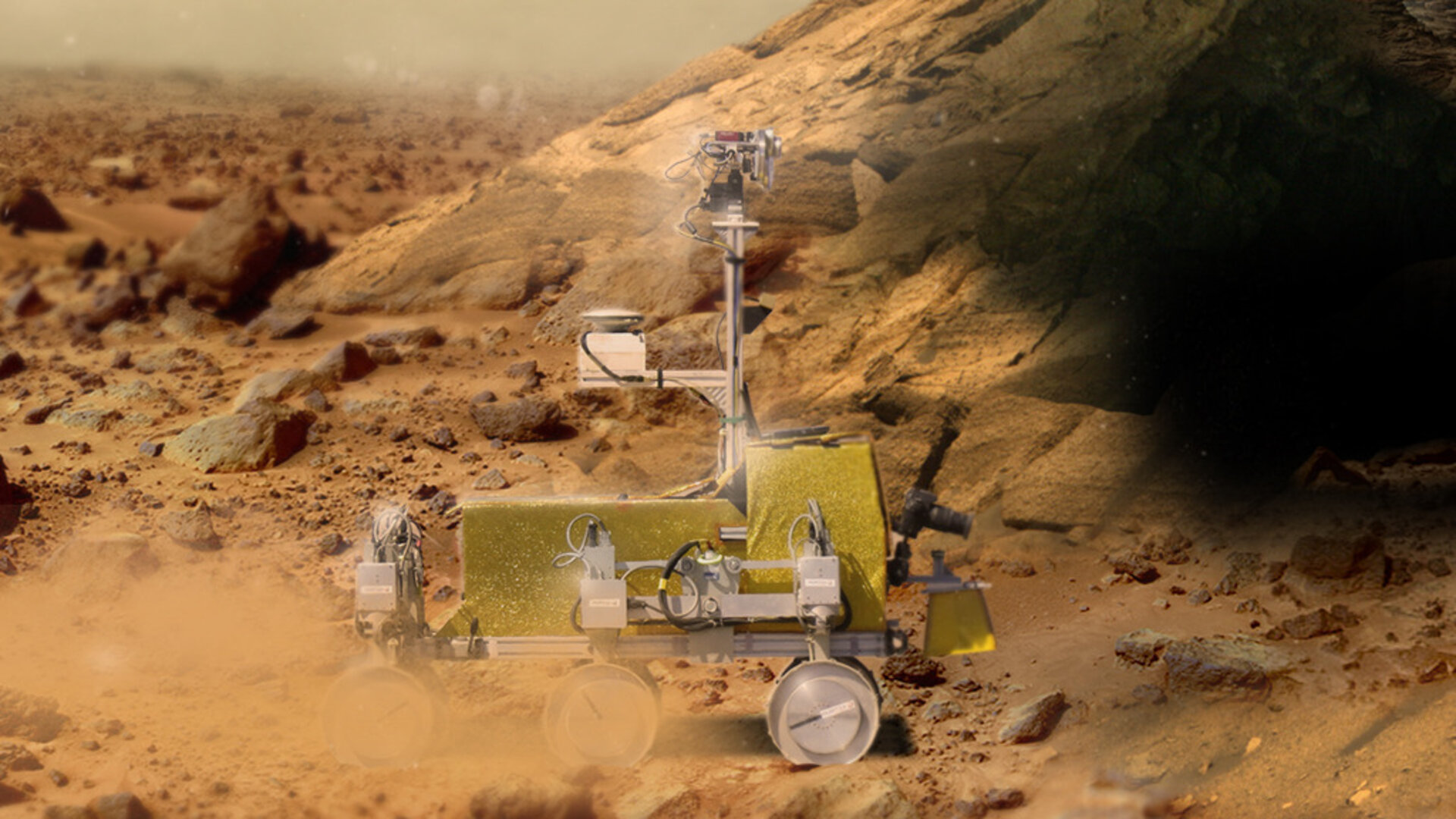 In a live space-to-ground test of human–robot cooperation, ESA astronaut Tim Peake will control a rover on Earth on Friday from the International Space Station, helping prepare for future exploration missions.

On 29 April, ESA astronaut Tim Peake will operate a terrestrial rover nicknamed Bridget from the Station as part of a series of experiments investigating how humans interact with robotic systems and vehicles.

The 154 kg rover will be driven by Tim starting at 10:00 GMT (12:00 CEST) over simulated Mars terrain in Stevenage, UK, as though he were searching for scientific targets such as rocks. The 30 x 13 m Mars Yard is split into lit and dark areas to simulate, for example, roving into a cave or a shadowed crater.

The rover was developed by Airbus D&S, who are working with ESA and the UK Space Agency to investigate controlling robots on simulated planets.

“Tim will drive it for about 90 minutes,” says Jessica Grenouilleau, of ESA’s Robotics and Future Projects Office.

“Interestingly, he will only be provided with basic training on how to react to situations that the rover encounters, as the experiment aims in part to study how humans interact extemporaneously with robotic systems.”

On board the Station, Tim will connect via video and data links to the rover at Stevenage using a sophisticated ‘delay-tolerant’ network, a sort of ‘Internet in space’, which is itself part of the experiment.

This network enables experiment controllers to simulate losses in connections, delays in responding to commands and other disruptions that are expected in future when an astronaut in orbit operates a rover on Mars or an asteroid, for example.

It also allows for comparing different modes of rover operations and handover of control between ground and the astronaut.

“Future missions into the Solar System will include humans working hand-in-hand with robots as our scouts and proxies, gathering scientific and physical information that will make human exploration feasible,” says Philippe Schoonejans, Head of Robotics and Future Projects and coordinator for ESA’s Meteron project, under which the rover-driving experiment is being conducted.

Airbus will hand Bridget over to controllers at ESOC at about 12:35 GMT (14:35 CEST), who will drive it to the edge of a simulated cave or crater – the shaded area at the Mars Yard.

Control will then be passed to Tim, at about 14:20 GMT (16:20 CEST), who will command the rover to drive ‘into the dark’, avoiding obstacles and identifying potential science targets, which will be marked with a distinctive fluorescent marker.

Once the targets have been identified and mapped, Tim will drive the rover out of the shaded area and hand control back to ESOC to drive the rover back to its starting point.

Realtime updates will be provided via the links below.

More information on Meteron and the rover control experiment