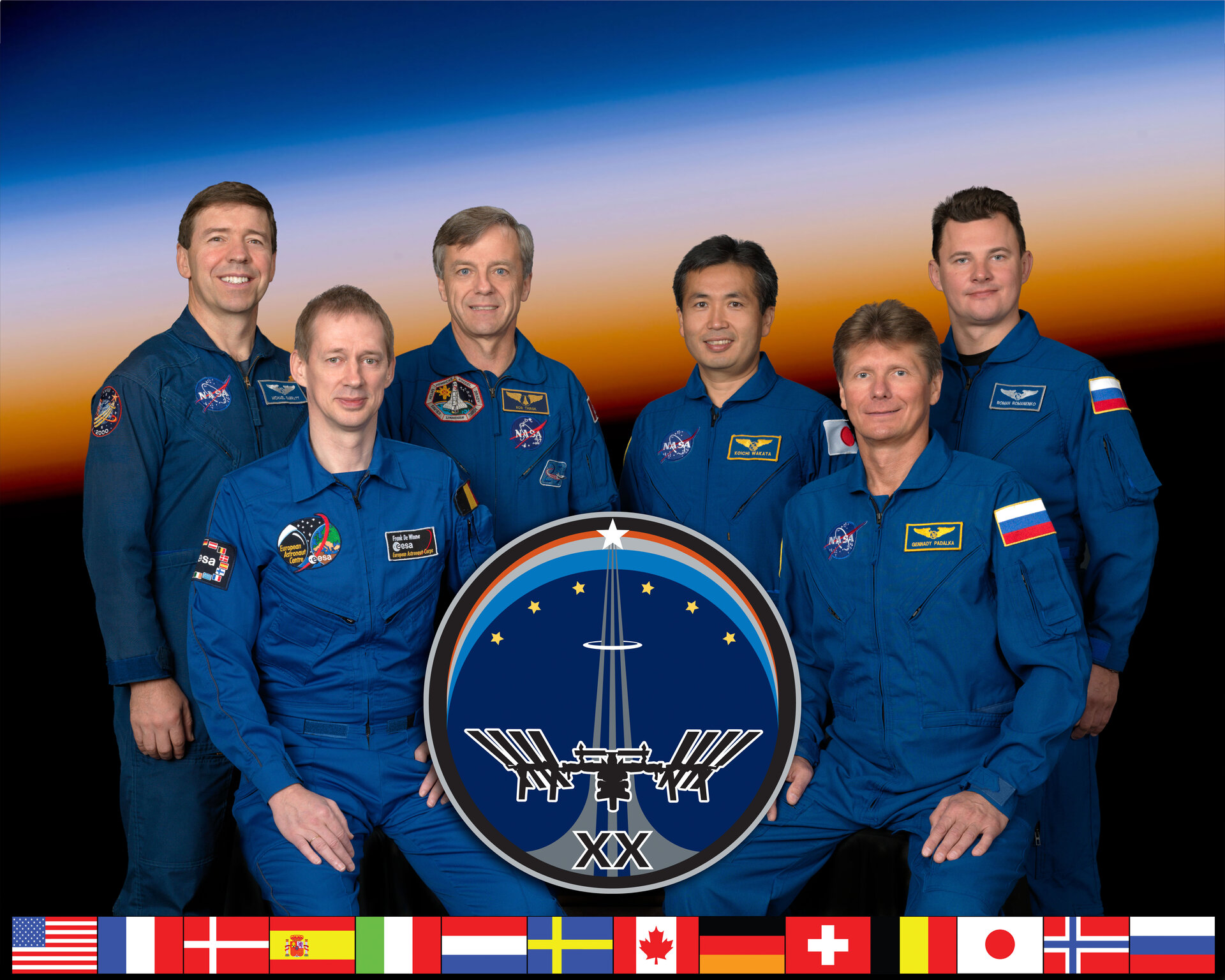 With the arrival of three new crewmembers including ESA astronaut Frank De Winne at the International Space Station on Friday, the resident Station crew increases to six for the first time. Media representatives are invited to participate in the first Expedition 20 crew news conference on 1 June.

All six crewmembers will participate in the crew news conference, which is scheduled to start at around 16:25 CEST (14:25 UT) and will last 30 minutes.

European media representatives are invited to participate in the news conference from the European Astronaut Centre (EAC) in Cologne, Germany. From EAC they will be able to put their questions to the astronauts via a specially-established live audio link with the International Space Station (ISS).

ESA astronaut Frank De Winne, Russian cosmonaut Roman Romanenko and Canadian Space Agency astronaut Robert Thirsk launched with their Soyuz TMA-15 spacecraft from Baikonur Cosmodrome, Kazakhstan, on 27 May. They are scheduled to dock with the Station at 14:36 CEST (12:36 UT) on Friday.

They will be welcomed on the ISS by the three Expedition crewmembers already in residence: Russian cosmonaut and Expedition 20 Commander Gennady Padalka, NASA astronaut Michael Barratt and Japanese astronaut Koichi Wakata. Together they will form the first ever six-person ISS crew – Expedition 20.

De Winne is scheduled to spend six months on the ISS for the OasISS mission, initially as a Flight Engineer for Expedition 20. With a crew rotation due in October, he later takes over as ISS Commander for Expedition 21 - he will be the first European to take on this role.

During his stay, De Winne will use the scientific facilities of the ISS, especially the European Columbus laboratory, to undertake a European programme of scientific experiments and technology demonstrations. He will also participate in a number of educational activities.

Media representatives wishing to attend the Expedition 20 crew news conference at EAC on 1 June are kindly requested to fill in the registration form (linked on the right) and return it by fax or email to the EAC Communication Office.