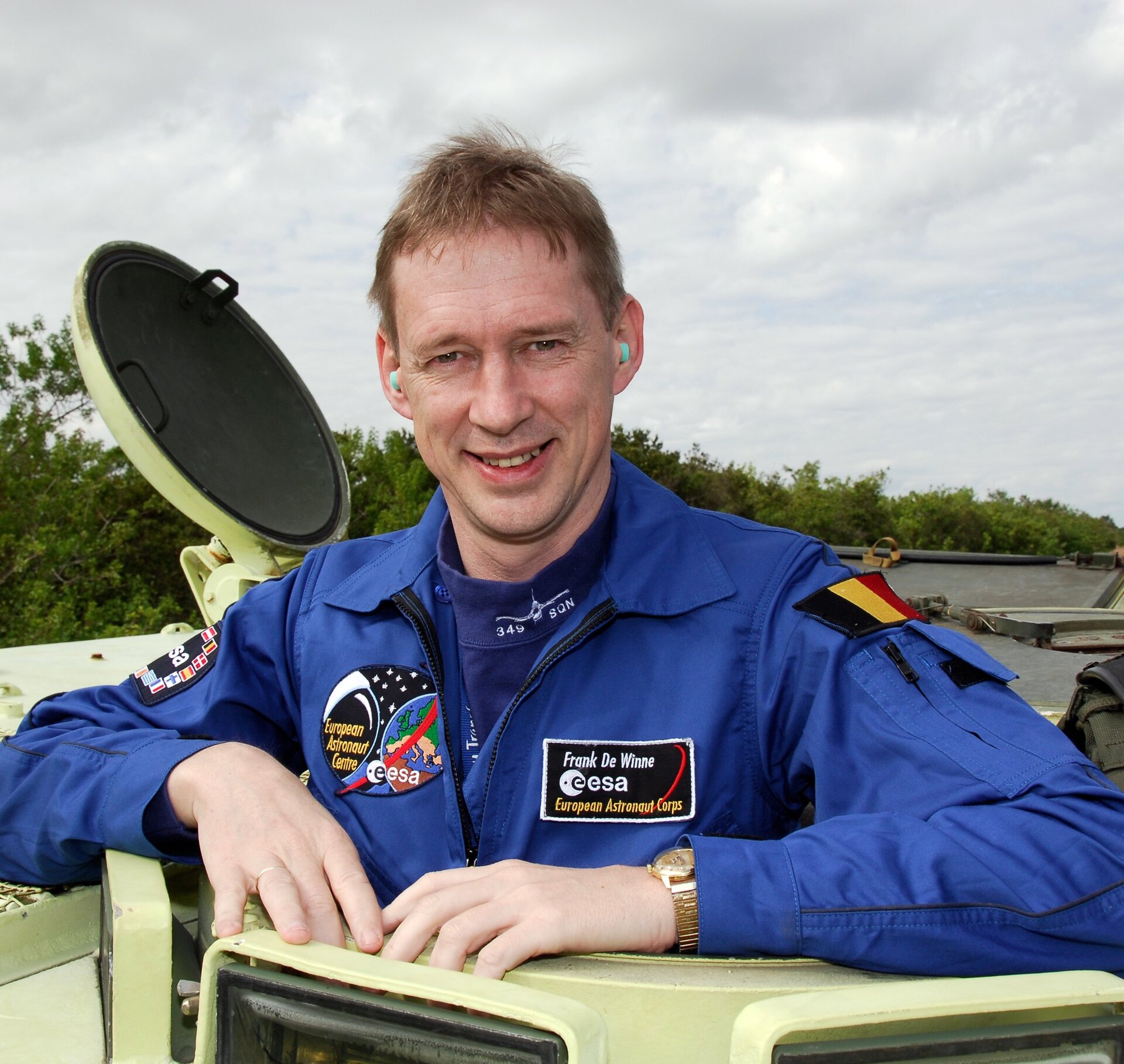 De Winne, from Belgium, will fly to the Station in a Soyuz spacecraft in May 2009 with Russian cosmonaut Roman Romanenko and Canadian Space Agency astronaut Robert Thirsk, which will bring the total number of crew on the ISS up to six for the first time.

De Winne was nominated to serve as ISS Commander by the Multilateral Crew Operations Panel of the International Space Station Programme. As the ISS Commander De Winne will be responsible, among other things, for conducting operations on the ISS, directing the activities of the ISS crewmembers as a single, integrated team, and for ensuring the safety of the crew and the protection of the ISS elements, equipment, and payloads. In addition, Frank De Winne will be the main operator of the Japanese robotic arm and will be one of the two astronauts who will berth the Japanese cargo spacecraft HTV-1 to the ISS using the ISS robotic arm when HTV-1 arrives at the Station in autumn of next year.

This is De Winne’s second spaceflight after taking part in the Odissea mission to the ISS from 30 October - 10 November 2002. As part of that mission he served as Flight Engineer on the newly designed Soyuz TMA spacecraft during ascent and on a Soyuz TM spacecraft during re-entry. He performed a full package of scientific experiments, technology demonstrations and education activities during the Odissea mission.

De Winne has since followed additional training on the Shuttle, the ISS and on the European Columbus laboratory and Automated Transfer Vehicle (ATV) as back-up to French ESA astronaut Léopold Eyharts for the Columbus Mission. Eyharts served as an ISS Expedition 16 Flight Engineer, launching to the ISS on 7 February 2008 (STS-122) and landing on 27 March 2008 (STS-123).

With a Masters degree in telecommunications and civil engineering, De Winne has received many notable awards and honours including being decorated as an Officer of the Order of Oranje Nassau by the Queen of the Netherlands for leadership during Operation Allied Force (July 1999) and the 'Medal of Friendship' from the Russian Federation. De Winne is also a Goodwill Ambassador for UNICEF Belgium.

“This is another symbolic first for Europe,” said ESA's Director of Human Spaceflight, Simonetta di Pippo. “It is a proud day for the Agency and clearly demonstrates that the ISS programme and its international partners honour the professionalism and the capabilities of our ESA astronauts. It also reflects the important role Europe plays in human spaceflight and exploration after the great success of Columbus and ATV earlier this year and bodes well for future undertakings in this strategic domain.”

De Winne will be joined on board the ISS by Swedish ESA astronaut Christer Fuglesang, who will fly as mission specialist on the 11-day STS-128 mission scheduled for July 2009.

The next European long-term mission has also been confirmed. Italian ESA astronaut Paolo Nespoli will assume the role of Flight Engineer on Expeditions 26 and 27. His launch is due in November 2010. He will return to Earth half a year later in May 2011.

It will be the second mission to space for Nespoli. In October of last year he flew on Space Shuttle flight STS-120 to deliver the European-built Node 2 to the ISS. Node 2, also known as Harmony, is the interconnecting module to which the European Columbus space laboratory was attached in February of this year. Nespoli was instrumental in orchestrating four spacewalks, or extravehicular activities, from inside the Space Shuttle and the ISS, which were necessary for further construction of the Station.