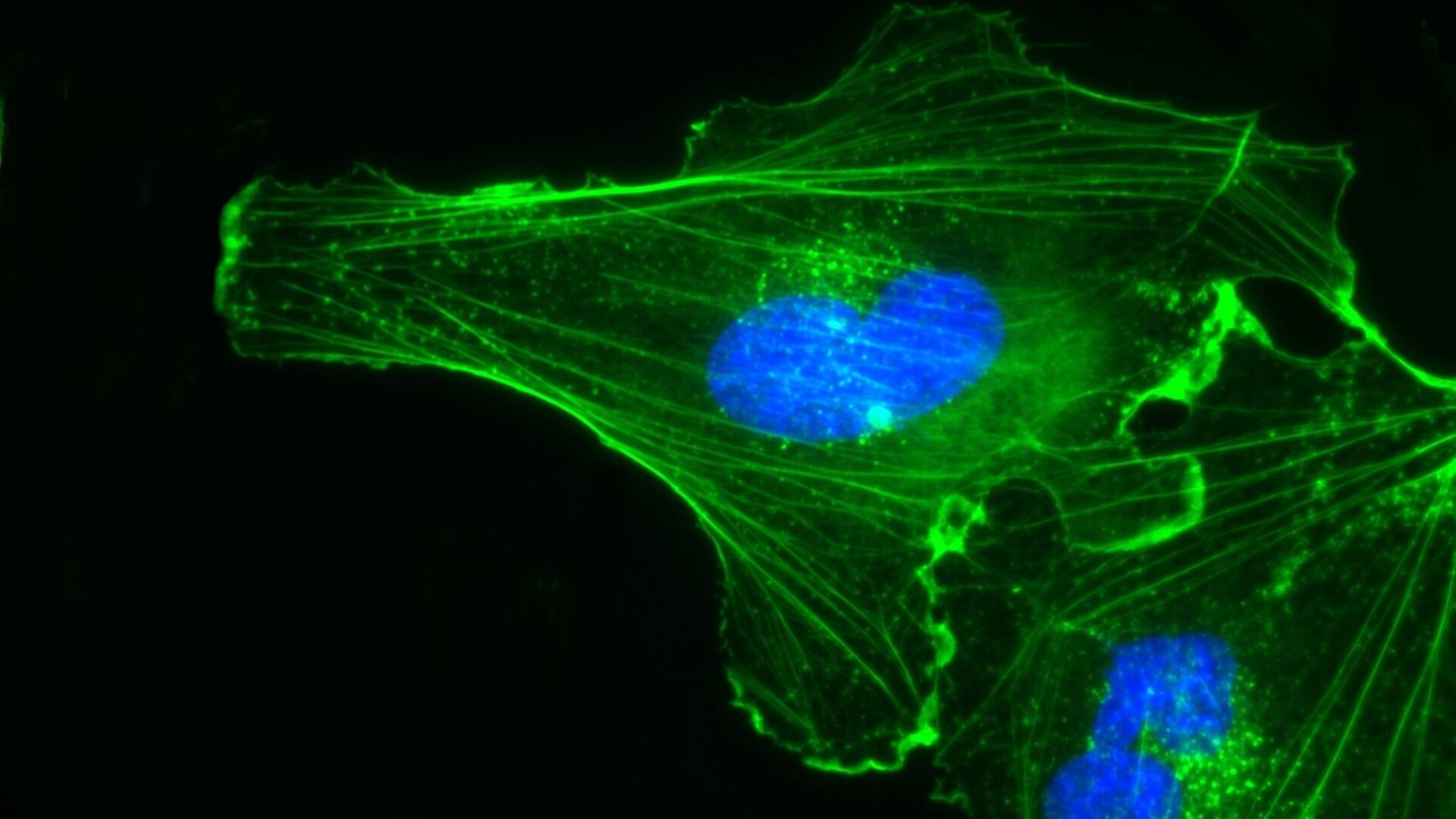 The Endothelial Cells experiment flew to the International Space Station with ESA astronaut Andreas Mogensen to understand how the cells that line our blood vessels react to weightlessness. Endothelial cells contain our blood and contract or expand our blood vessels as needed, regulating the flow of blood to our organs.

Blood flow changes in space because gravity no longer pulls blood towards an astronaut’s feet. By understanding the underlying adaptive mechanisms of how our bodies respond to weightlessness, this experiment aims to develop methods to help astronauts in space while showing possibilities for people on Earth – our endothelial cells become less effective with age – to live longer and healthier lives.

Cultured human endothelial cells were grown in space in ESA’s Kubik incubator for two weeks and then ‘frozen’ chemically for analysis back on Earth.

For the team behind this experiment, getting the experiment setup to work in space was challenging. “What is routine in laboratory is difficult in space,” explains project leader Debora Angeloni from Scuola Superiore Sant’Anna (one of the three Universities of Pisa, Italy). “In space we have less samples to work with and the experiment needs to be self-contained.”

The experiment was fully automated and controlled electronically without the need to use up precious astronaut time.

“We expect the cells to express different genes, and to attach and move differently due to their trip in space. Among other things, the red-stained actin in this photo taken in preparation in our laboratory on Earth will be compared to the samples when they return from space.”

Almost three-quarters of astronauts suffer from headaches in space, usually worse in the first few weeks in space. Described by some as ‘exploding’, the headaches are unlike anything felt on Earth. This could be bad news for space tourists who spend a short time in space and want to enjoy it as much as possible.

This experiment investigates the headaches astronauts experience through regular questionnaires. The researchers are looking to understand the causes. Are they linked to the fluid movement to the head in microgravity? Is there a link between headaches on the ground and in space?

ESA astronaut André Kuipers was the first test subject on the PromISSe mission in 2012, while ESA astronaut Luca Parmitano, Alexander Gerst and other colleagues continued collecting data on their headaches. The headaches are classified and analysed according to the International Classification of Headache Disorders.

Humans are adaptable beings. If you wear glasses continuously that turn your view of the world upside down, within two weeks your brain will have adapted – everything will seem normal again.

Researchers suspect that astronauts’ brains adapt to living in weightlessness by using previously untapped links between neurons. As the astronauts learn to float around in their spacecraft, left and right, and up and down, become second nature as these connections are activated.

To confirm this theory, up to 16 astronauts including Andreas are put through advanced MRI scanners before and after their flights to study any changes in their brain structure for the Brain-DTI experiment. A control group from Antwerp, Belgium, will undergo the same scans for further comparison.

In parallel, a study is being performed on volunteers aboard aircraft flights that offer 20 seconds of weightlessness at a time.