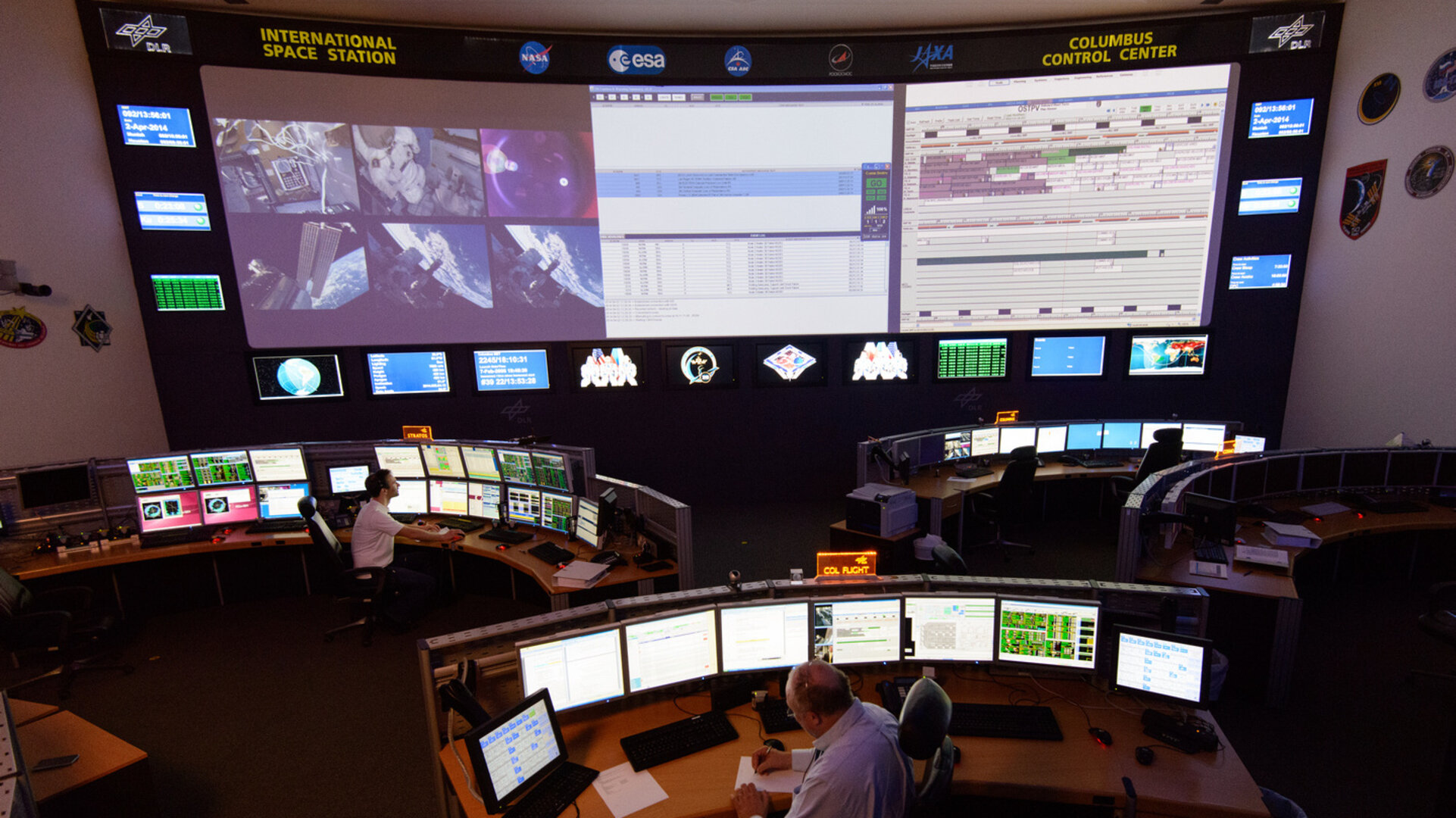 In control of the ‘iriss’ mission are the flight directors of the Columbus Control Centre. Working round the clock from Oberpfaffenhofen, Germany, the mission control team conceived, planned and executed all ESA astronaut Andreas Mogensen’s tasks and experiments.

Interaction with Andreas for iriss will be different, much more interactive. Mission director Roland Luettgens

In spaceflight nothing is certain and, unlike six-month missions to the International Space Station, Andreas and his ground support team had hours instead of days to adapt to new situations and unforeseen changes.

In the evenings, all astronauts hold a Daily Planning Conference with ground control to discuss the day and prepare for tomorrow. For iriss, extra staff worked through the night to prepare Andreas’s busy schedule for the next day as he slept.

This scheduling was a necessity because of to the short time Andreas was in space and the many experiments he had planned, but it was also an opportunity to test in action new ways of conducting space missions where decisions are taken quicker and all teams adapt faster.

Longer ESA astronaut missions are part of the larger International Space Station partnership and each astronaut spends time on experiments from other space agencies, maintaining the weightless research laboratory as well as a mandatory 90-minute exercise routine. For the iriss mission Andreas was exempt from these tasks and aside from required safety procedures he dedicated his other time to ESA-led experiments.

Andreas’s point of contact on Earth was a Eurocom, a trained communicator for astronauts on orbit – Andreas himself has his Eurocom certificate and been ‘on-console’ for colleagues while they were in space. Eurocoms are the eyes and ears of an astronaut on the ground, whose job is to be always available to answer questions and make sure their time in space is spent as efficiently and as comfortably as possible. They relay queries to the scientists that designed and built experiments and consider new tasks from the astronaut’s perspective.

Other experts at the Columbus Control Centre are constantly checking the systems on Europe’s space laboratory Columbus, making sure it has power, proper ventilation, cooling and all experiment hardware is running as planned. The Columbus experts in Oberpfaffenhofen ensure Andreas and the other astronauts can live and work comfortably in a laboratory flying at 28 800 km/h in one the harshest environments people have ever explored – space.

When Andreas arrived on the International Space Station, it was full house with eight other people living in space. The regular crew quarters were fully booked so Andreas set up camp in Columbus, all the more reason to make sure the laboratory was as comfortable as possible.