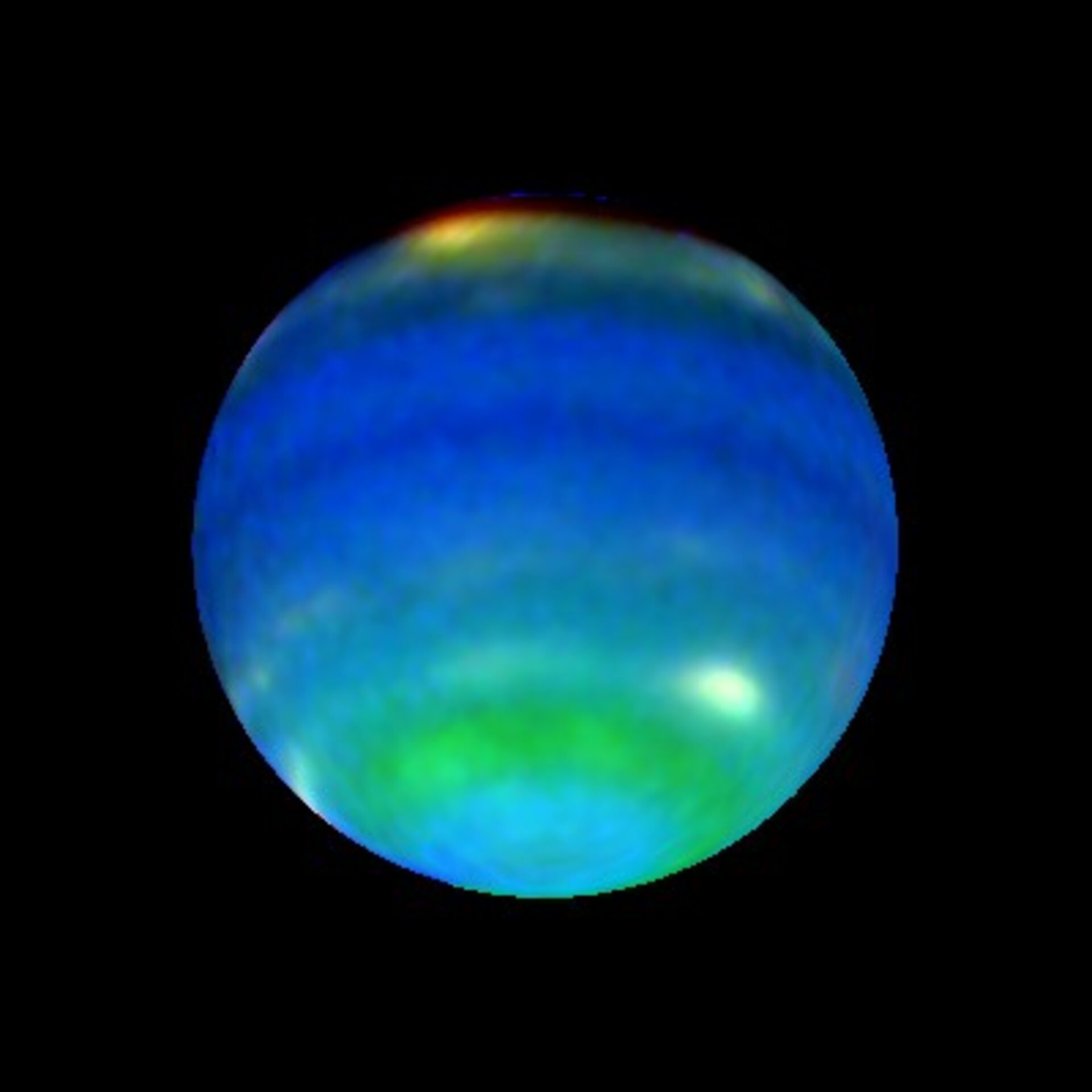 In 2003, it was proposed at a conference of the world's leading experts in extrasolar (or 'exoplanet') detection that a new class of planets could be awaiting discovery: 'waterworlds'.

Waterworlds would start life as 'ice giant' planets. Our Solar System contains two ice giants: Uranus and Neptune. They form far from their parent star. In the case of Uranus and Neptune, they orbit 15 and 30 times further from the Sun than the Earth, respectively. To become a waterworld, the ice giant must then migrate, gradually spiralling down into the inner reaches of the Solar System where the temperatures are much warmer.

The evidence that planets can migrate has already been found. Of the 100 or so known planets around other stars, many are in the class called 'hot Jupiters'. These are Jupiter-like worlds, which orbit typically four to ten times closer to their central star than Mercury does to our Sun. Most scientists agree that these worlds cannot have formed there. Instead, they formed far from their star and then moved inwards. This movement can be caused by the interaction of the planet with the disc made of dust grains and gas from which planets form.

Scientists now believe that if such an ice giant migrated and came to rest in an orbit where light from its parent star heated the surface, it would melt the ice to produce liquid water. Their calculations have shown that this would transform the planet into an ocean planet, a 'waterworld'.