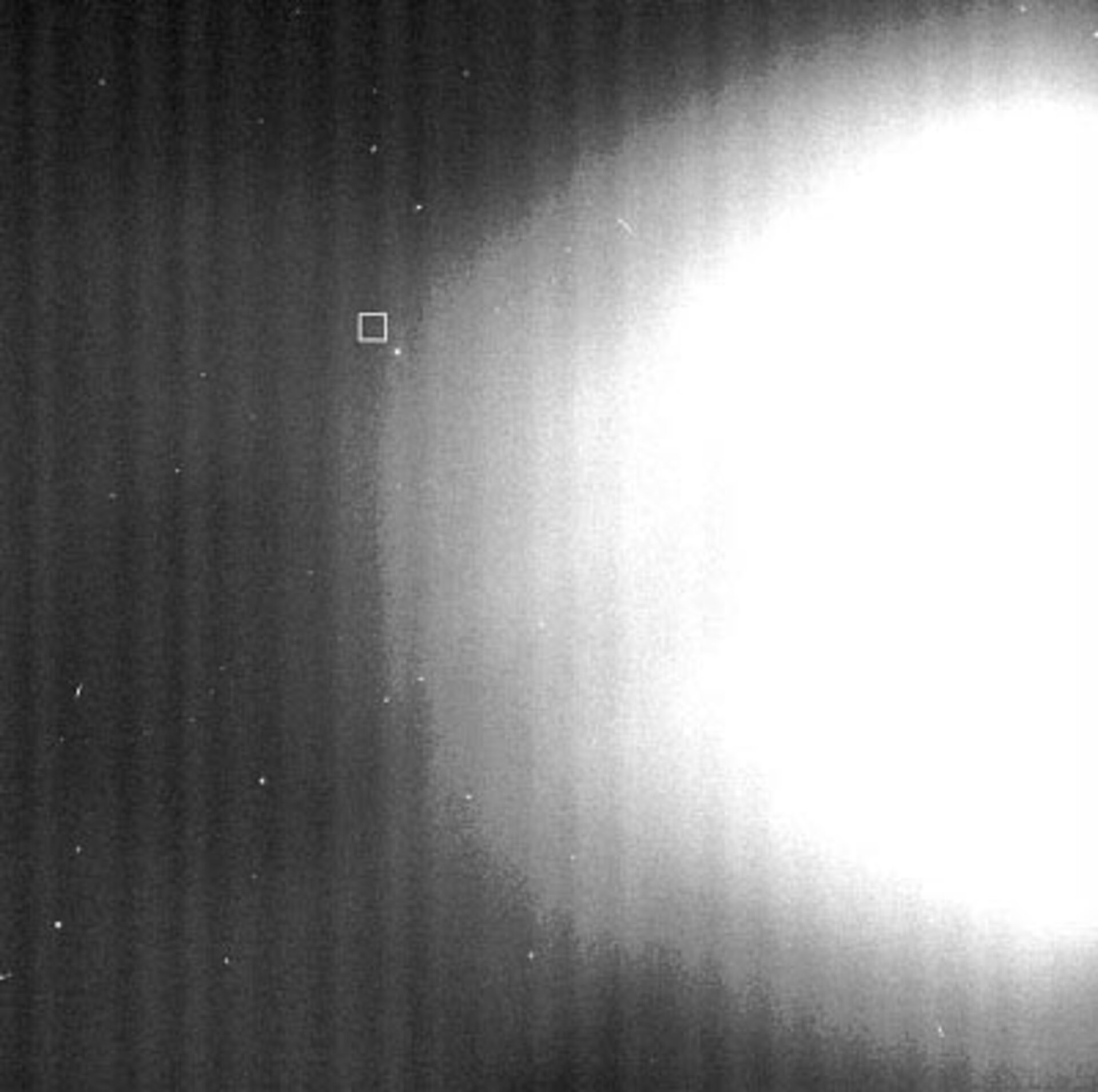 Two new moons orbiting between Mimas and Enceladus, discovered by the NASA/ESA/ASI Cassini-Huygens spacecraft, may be the smallest bodies so far seen around the ringed planet.

The moons were first seen by Dr Sebastien Charnoz, a planetary dynamicist working with the imaging team at the University of Paris. One of them, S/2004 S1, may be an object spotted in a single image taken by NASA's Voyager spacecraft 23 years ago, called at that time S/1981 S14.

The smallest previously known moons around Saturn are about 20 kilometres across. Scientists expected that moons as small as S/2004 S1 and S/2004 S2 might be found within gaps in the rings and perhaps near the F ring, so they were surprised these small bodies are between two major moons.

Small comets careering around the outer Solar System would be expected to collide with small moons and break them up. The fact that these moons exist where they do might provide limits on the number of small comets in the outer Solar System, a quantity essential for understanding the 'Kuiper Belt' objects beyond Neptune, and the cratering histories of the moons of the giant planets.

Moons surrounding the giant planets generally are not found where they originally formed because tidal forces from the planet can cause them to drift from their original locations. In drifting, they may sweep through locations where other moons disturb them, making their orbits eccentric or inclined relative to the planet's equator. One of the new moons might have undergone such an evolution.

Cassini-Huygens will be producing more imaging sequences for the gaps in Saturn's rings in search of moons believed to be there.