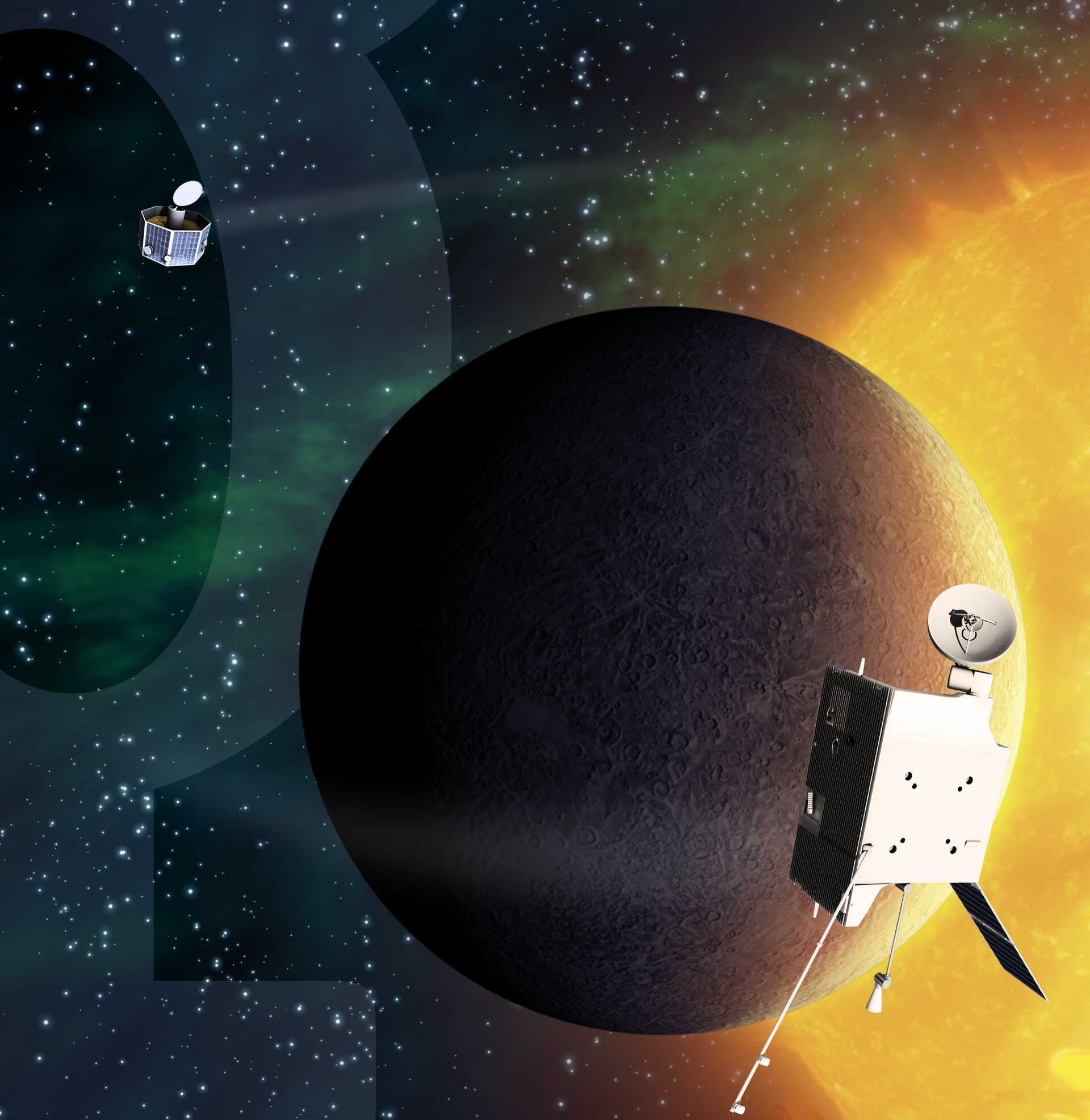 BepiColombo, ESA's mission to explore planet Mercury, has been definitively 'adopted' by the Agency’s Science Programme Committee (SPC) last Friday. The mission will now start its industrial implementation phase, to prepare for launch in August 2013.

BepiColombo is the next European planetary exploration project, and will be implemented in collaboration with Japan. A satellite 'duo' – consisting of an orbiter for planetary investigation and one for magnetospheric studies – will reach Mercury after a six-year journey towards the inner Solar System, to eventually perform the most extensive and detailed study of the planet ever performed so far.

The 'Mercury Planetary Orbiter' (MPO) will be under ESA responsibility, while the Mercury Magnetospheric Orbiter (MMO) will be under the responsibility of the Japan Aerospace Exploration Agency (JAXA). The Mercury Transfer Module (MTM), also under ESA responsibility, will provide the electrical and chemical propulsion required to perform the cruise to Mercury. These three modules assembled together for the launch and cruise phase make up a single composite spacecraft.

The MPO will carry a highly sophisticated suite of eleven scientific instruments, ten of which will be provided by Principal Investigators through national funding by ESA Member States and one from Russia.

The MMO will carry five advanced scientific experiments that will also be provided by nationally funded Principal investigators, one European and four from Japan. Significant European contributions are also provided to the Japanese instruments.

After a competitive definition phase started in 2001, ESA is now ready to award Astrium GmbH (Friedrichshafen, Germany) with the prime contract for the BepiColombo implementation phase, consisting of the mission design and of the design, development and integration of the 'cruise-composite' spacecraft. Astrium GmbH will also provide engineering support to the launch campaign and the in-orbit commissioning phase.

Reaching Mercury and placing a spacecraft in a stable orbit around it is a difficult task due to the gravity of the Sun. BepiColombo will reach the planet - visited only by NASA's Mariner 10 in the mid seventies - in a truly novel way.

During the cruise, the mission will make clever use of the gravity of the Moon, Earth, Venus and Mercury itself in combination with the thrust provided by solar-electric propulsion. This innovative combination of low thrust space propulsion and gravity assist has been demonstrated by ESA's technology mission, SMART-1.

When approaching Mercury, the transfer module will be separated and the two-spacecraft composite will use conventional rocket engines and the so-called 'weak stability boundary capture technique' to bring it into polar orbit around the planet. When the MMO orbit is reached, the MPO will separate and lower its altitude by means of chemical propulsion to its operational orbit. Observations from orbit will go on for at least one Earth year.

Operating a spacecraft in the harsh environment of Mercury represents a true technological challenge. Mercury is the closest planet to the Sun, and the direct solar radiation hitting the spacecraft is about ten times more intense than in Earth's proximity.

Furthermore Mercury's surface, whose temperature can reach up to 470°C, not only reflects solar radiation but also emits thermal infrared radiation. Therefore, the probe will have to withstand extreme thermal conditions.

This will be one of the driving factors in the probe's design - for instance, it will drive the design of the multi-layer blanket to insulate the spacecraft and of its heat radiators.

On ESA's behalf, Astrium GmbH (Germany) is prime contractor for the procurement of the entire 'cruise- composite' spacecraft. Furthermore it provides the design and development of the attitude and orbit control subsystem, and the integration of the engineering model. Alcatel Alenia Space Italy (AAS-I) will be the co-prime contractor for the development of the MPO electrical power, thermal control and communications systems and for the integration and test activities. In the UK, EADS Astrium Ltd is co-prime contractor for the electrical and chemical propulsion system as well as the complete MPO spacecraft structure. EADS Astrium in France will develop the on-board software on the basis of the in-orbit spacecraft Rosetta, Mars Express and Venus Express.