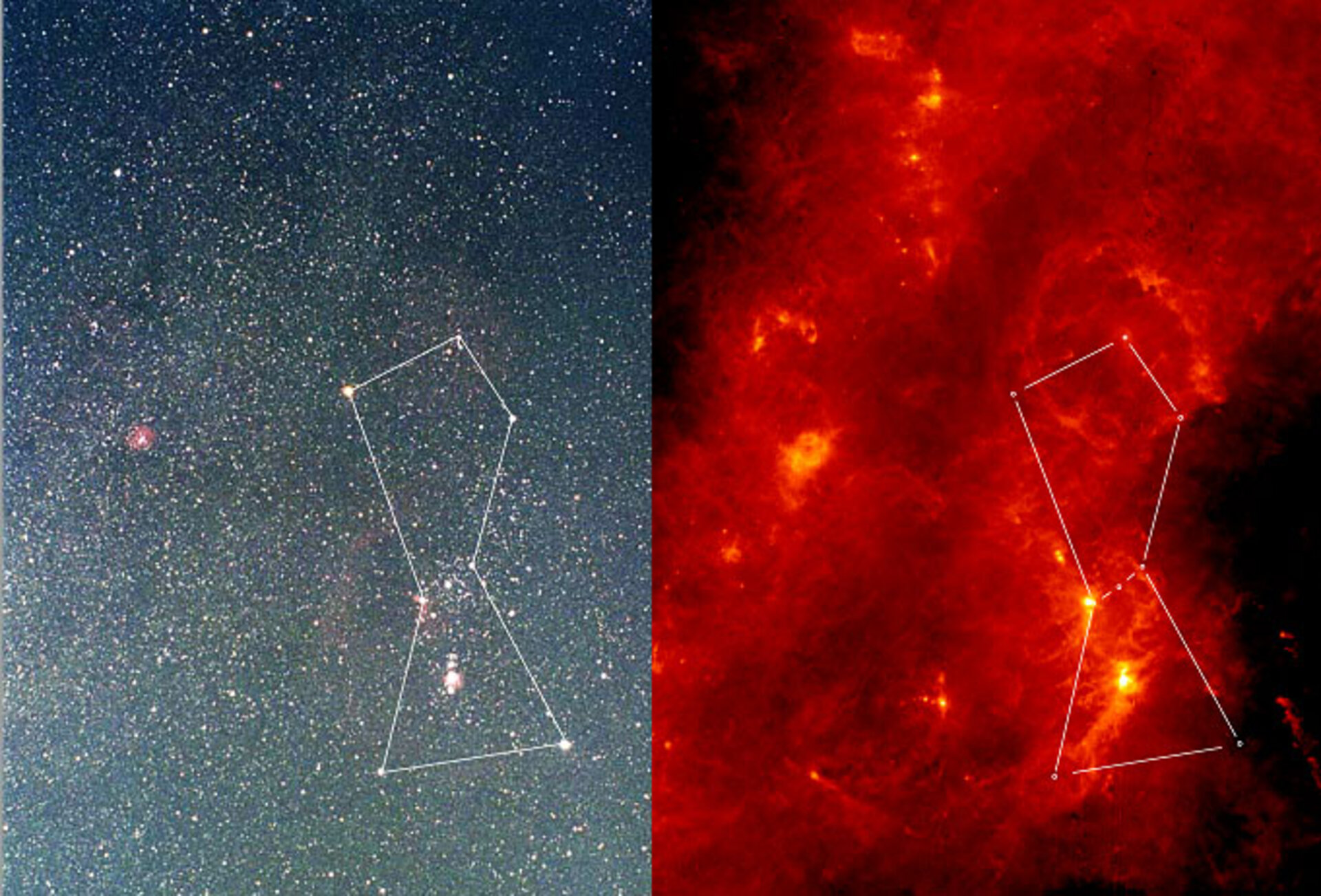 A few decades ago, astronomers realised that their view of the cosmos was, at best, only partial. It was not just a matter of seeing farther out, but also of using different eyes, eyes able to see other kinds of light or radiation.

For natural reasons, the sky was first studied in visible wavelengths, but with sophisticated technology, radiation from other parts of the electromagnetic spectrum have also come into play, initially in the radio, later at high energies such as X- and gamma-rays, and finally sensitive infrared observations have become possible. Telescopes sensitive to different wavelengths observe different facets of the Universe.

Infrared light was discovered about 200 years ago by the German-born British astronomer William Herschel.

About one half of the starlight produced and emitted throughout the history of the Universe has been absorbed and re-emitted as infrared light.

About one half of the energy produced and emitted throughout the history of the Universe has been absorbed and re-emitted as infrared light.

Different wavelengths of light reveal different natural phenomena, and the infrared has an important story to tell. One of the advantages of observing in the near-infrared is that dust is transparent to it. This is why an optical telescope would be unable to see a star enshrouded in dust, whereas one working in the near-infrared would be able to detect its emission. As one proceeds further into the far-infrared the emission from the dust itself becomes observable.

Relatively cold objects invisible to optical telescopes become visible in the infrared. Interstellar gas, planets and dust discs around other stars, asteroids, brown dwarfs (failed stars) and stars being born are all examples of objects that are too cold to shine in visible wavelengths but become conspicuous when viewed in the infrared. Direct infrared emission from cold dust is feeble, and Herschel's sensitivity will play a key role in its observation.

But why go into space to do this? For two very simple and important reasons: Earth's atmosphere blocks most infrared wavelengths, and in addition it also produces its own infrared radiation, overwhelming the celestial sources.