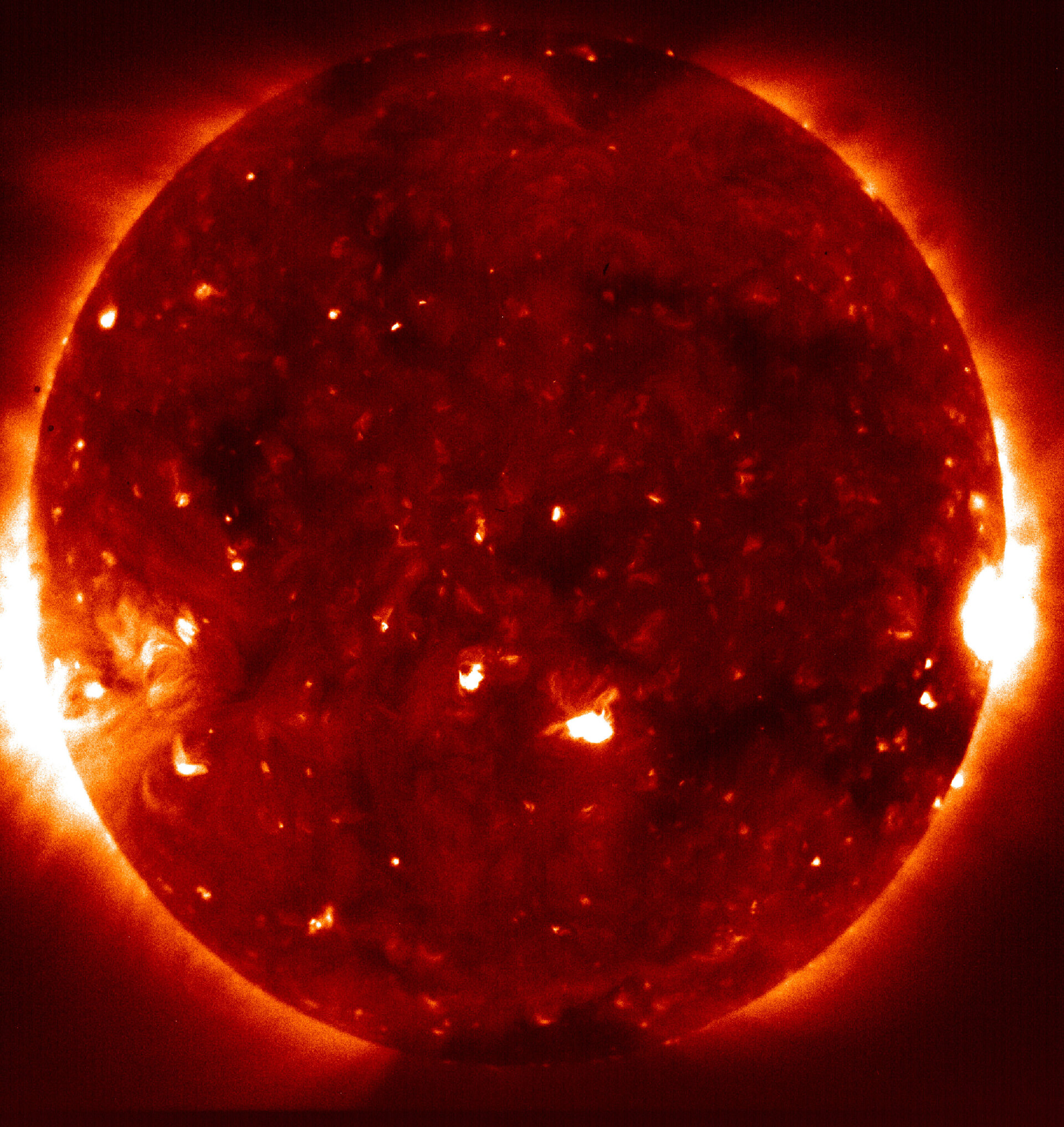 Instruments aboard the Japanese satellite Hinode, or 'Sunrise', are returning extraordinary new images of our Sun. The international mission to study the forces that drive the violent, explosive power of our star was launched from Japan on 23 September 2006.

Hinode is circling Earth in a polar flight path (a 'sun-synchronous' orbit) that allows the spacecraft's instruments to remain in continuous sunlight for nine months each year. An international team of scientists and engineers is performing the calibration and checkout of Hinode's three primary instruments: the Solar Optical Telescope (SOT), the X-ray Telescope (XRT) and the Extreme Ultraviolet Imaging Spectrometer (EIS). As part of this checkout, the instruments collected some remarkable images of the Sun.

Hinode's X-ray Telescope has captured unprecedented details in solar active region corona, the Sun's outer atmosphere. The corona is the spawning ground for explosive solar activity, such as coronal mass ejections. Powered by the Sun's magnetic field, these violent atmospheric disturbances of the Sun can be of danger to space travellers, disruptive to orbiting satellites and can cause power grid problems on Earth.

Hinode's Solar Optical Telescope has delivered images that show greatly magnified views of the Sun's surface. These images are revealing new details about solar convection. Solar convection is the process that drives the rising and falling of gases in the lowest atmospheric region, the photosphere. In addition, the Solar Optical Telescope is the first space-borne instrument to measure the strength and direction of the Sun's magnetic field.

Hinode's third primary instrument is the Extreme-Ultraviolet Imaging Spectrometer. The instrument has provided measurements of the speed of solar material, along with information that will help scientists diagnose the temperature and density of solar outer atmosphere.

The Extreme-Ultraviolet Imaging Spectrometer provides a crucial link between the other two instruments aboard Hinode since it measures the layers that separate the photosphere from the corona: the chromosphere and the chromosphere-corona transition region.

These first calibration images are providing a fascinating preview of what's on the horizon once the science phase of the mission begins sometimes in late December. Once that phase is started, the focus will shift from calibration to using the instruments for making continuous, simultaneous observations of specific solar features.

By performing coordinated measurements with all three instruments, Hinode will help scientists observe how changes in the magnetic field at the Sun's surface spread through the outer layers of the solar atmosphere.

As a result of the ESA/Norway participation in Hinode, scientists from ESA's member states will be given access to the satellite's data. These will be accessible via the European Solar-B Data Centre, which is being built at the Institute of Theoretical Astrophysics at the University of Oslo.